You are using an outdated browser. Please upgrade your browser to improve your experience.
Apple On The Street
by Brent Dirks
October 25, 2016

As expected, Apple’s iPhone sales have dropped for the third consecutive quarter.

At least one bright spot

At least one bright spot

In the just announced fourth quarter of fiscal year 2016 results, Apple sold 45.5 million handsets. During the same time in 2015, 48 million iPhones were sold.

Overall for the quarter, Apple tallied $46.9 billion in revenue and $9 billion in profit. That’s compared to $51.5 billion of revenue and net income of $11.1 billion in the same time frame a year ago.

“Our strong September quarter results cap a very successful fiscal 2016 for Apple,” said Tim Cook, Apple’s CEO. “We’re thrilled with the customer response to iPhone 7, iPhone 7 Plus and Apple Watch Series 2, as well as the incredible momentum of our Services business, where revenue grew 24 percent to set another all-time record.”

“We are pleased to have generated $16.1 billion in operating cash flow, a new record for the September quarter,” said Luca Maestri, Apple’s CFO. “We also returned $9.3 billion to investors through dividends and share repurchases during the quarter and have now completed over $186 billion of our capital return program.”

Both iPad and Mac sales also dropped compared to the same quarter a year ago. Services was a bright spot, bringing home $6.3 billion in revenue. That’s a 24 percent increase from the same time in 2015.

Apple is forecasting a return to revenue growth in the important first quarter of fiscal year 2017. During the period, Apple expects revenue of between $76 billion and $78 billion. That would be an increase from the $74.6 billion in the same time a year ago.

It’s been a busy week so for Apple. New versions of iOS, watchOS, and tvOS were released to the general public on Monday, Oct. 24.

And the company has scheduled a special media event at its Cupertino, California campus this Thursday, Oct. 27. A number of new Macs are expected to be announced. Last week, my colleague Bryan M. Wolfe took a great look at what you should expect. As usual, we’ll be covering the event live. 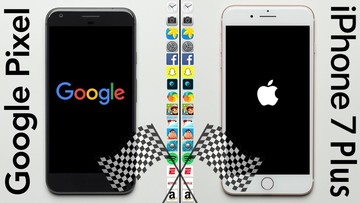 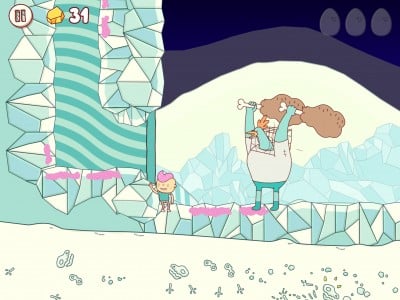 Eggggg is an Imperfect and Disgustingly Cute Platformer