You are using an outdated browser. Please upgrade your browser to improve your experience.
Digital Communicator
by Aldrin Calimlim
April 12, 2017

When Instagram introduced disappearing photos and videos, how they were implemented as part of Instagram direct messages was, in a manner of speaking, complicated. To start with, they were segregated from the traditional message threads, displayed instead at the top of the inbox as circular profile pictures à la Instagram stories. Especially for the uninitiated, sending and viewing which types of Instagram direct messages (whether disappearing or permanent) with whom (whether individual users or groups of friends) is a bit confusing.

Well, this head-scratching state of things is about to be a thing of the (recent) past thanks a to a new app update that essentially streamlines Instagram direct messages by combining disappearing and permanent messages into a single inbox as well as combining those shared with the same persons into a single thread.

As before, Instagram direct messages may be accessed by swiping left or tapping the paper airplane icon on the home feed. But this time, gone are the story-style circular profile pictures at the top, since disappearing photos and videos now live alongside non-disappearing messages in the inbox. 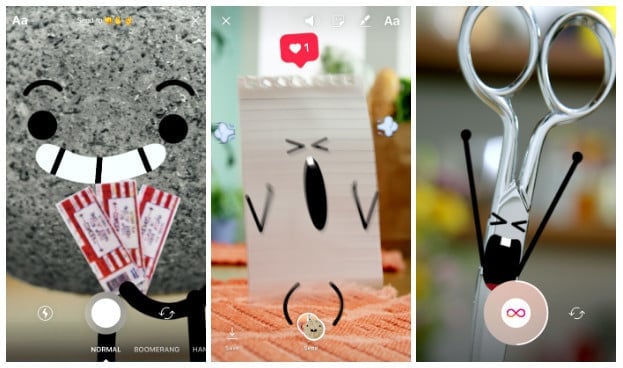 Tap the blue camera icon to take a disappearing photo or video, and spruce it up with overlaid captions, stickers, and drawings before sending.

There’s also a new blue camera icon at the bottom of the inbox and inside existing threads. Tap this icon to take a disappearing photo or video, and spruce it up with overlaid captions, stickers, and drawings before sending. 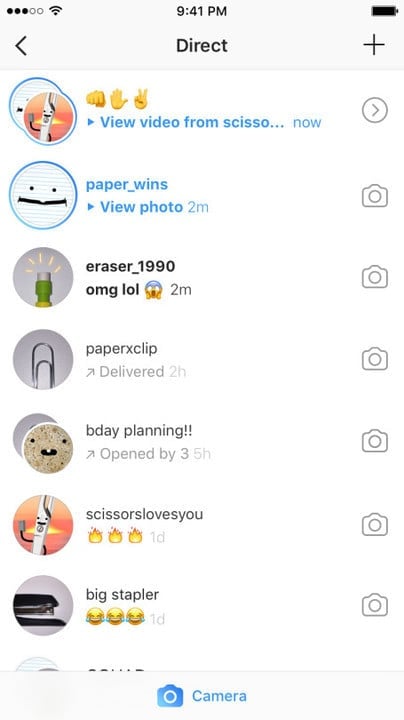 New disappearing messages sent to you are highlighted blue in your inbox. 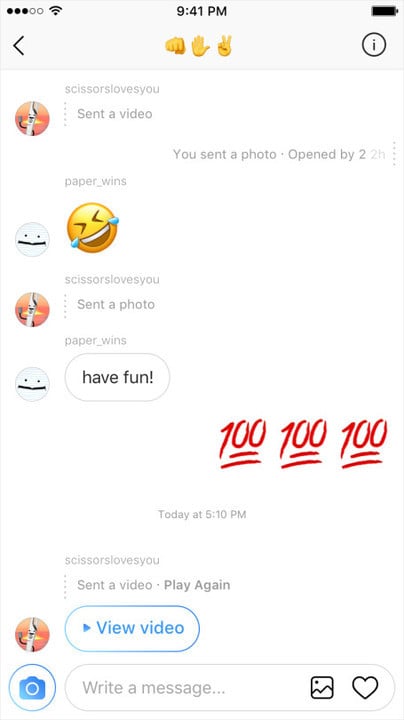 New direct messages are highlighted blue in threads, with a “View Photo/Video” button.

And because Instagram direct messages now have a unified inbox with unified threads, you can easily switch between disappearing and non-disappearing messages. As before, you can send and receive text messages, hearts, uploaded pictures, re-shared posts, and replies to stories (to be clear, though, stories themselves disappear 24 hours after they’re posted).

What this basically means is you can expect to seamlessly share short-lived in-jokes and badly composed selfies alongside your regular conversations.

To get the new streamlined experience for Instagram direct messages as it rolls out, be sure to get the latest version of Instagram for iOS.