You are using an outdated browser. Please upgrade your browser to improve your experience.
Pocket Gaming
by Aldrin Calimlim
March 20, 2017

With the emergence of companies like Elon Musk’s SpaceX and Jeff Bezos’ Blue Origin, space exploration remains a thing of great interest to many. Sadly, though, the fact also remains that unless you’re a billionaire, you have zero chances of leaving this plant in a rocket. But don’t worry, mere earthlings like you can still experience the thrill of being in outer space, and engaging in interplanetary travel at that, by playing a new game called Spinner Galactic.

Created by the same studio behind the classic ball-rolling iOS game Ramps, Spinner Galactic is a physics-based endless arcade orbiter. In the game, you play as an intrepid spacefarer, taking into consideration the different physical aspects at play to ensure your safe leap from one planet to the next, and to the next, and to the next — until, that is, you finally fail to go into orbit around another planet. 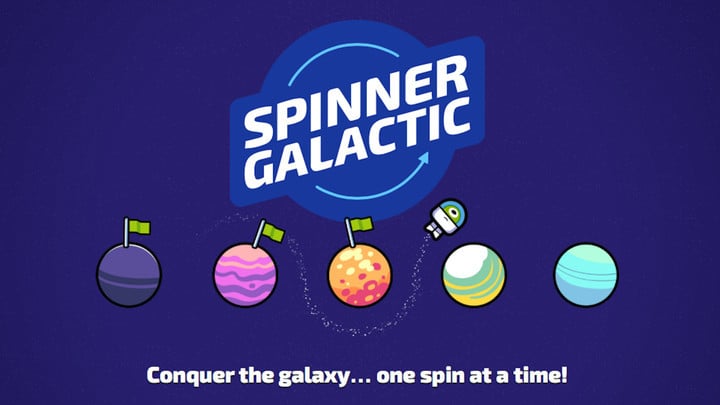 In Spinner Galactic, your goal is to conquer the galaxy by traveling to as many planets as you can, staking your claim, with a flag, to each planet that you arrive at. But it’s certainly not as easy as it sounds.

At the start of the game, your launched into orbit around the first planet. There you’ll continue to spin until you tap to propel yourself into orbit around another planet. This you’ll have to do again and again, with each planet you plant a flag on adding one point to your score.

Our gravity-assisted propulsion and remote planet-claiming technology make it easy for even novice spacefarers to conquer a solar system single-handedly (or even single-thumbedly)… but few (or really any) explorers survive such a perilous trek. Only those with the best reflexes, timing and GUTS will earn the glory of a high score or the coin to staff the strangest crew this side of Epsilon Eridani.

It’s a simple one-touch affair, but tapping at just the right time is crucial. Factors that you have to consider to decide when to tap while you’re spinning around a planet include the proximity of the next planet, the orbiting direction, and of course, the orbiting speed. In particular, the game becomes more challenging as the spinning gets faster and faster the farther you get. Think The Iconfactory’s Astronut, except more progressively difficult and therefore more rewarding.

Speaking of “rewarding,” Spinner Galactic gives you a leapfrog bonus for your score every time you manage, whether by accident or on purpose, to skip at least one planet and proper yourself into orbit around a distant planet. 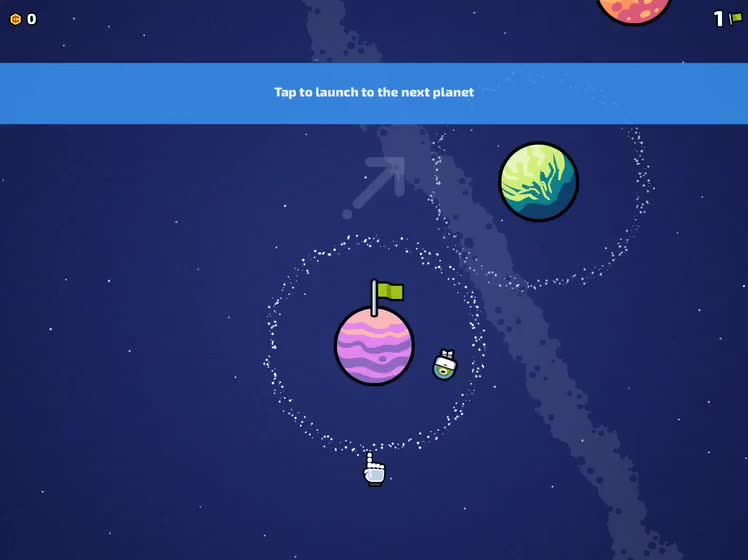 To make the proceedings more fun, you can unlock colorful playable characters or “crewmates” with in-game coins — which you can collect as you hop from planet to planet or earn by watching ads — or via in-app purchase worth $0.99 each.

Another form of monetization used by Spinner Galactic is the option to watch ads in exchange for additional plays. At the outset, you’re only given a certain number of plays. But every time you run out of plays, you can choose to watch an ad to get 10 plays. Alternatively, you can unlock infinite plays via a one-time purchase worth $1.99, inclusive of 500 in-game coins to unlock new crewmates with.

Compatible with iPhone, iPod touch, and iPad, Spinner Galactic is available now on the App Store for free, with in-app purchases for unlocking crewmates and infinite plays. I must admit that I wasn’t so enthusiastic to play Spinner Galactic at first, because even though it looks good, with its well-polished artwork, it looks rather simple. But I was pleasantly surprised to realize that it’s actually a pretty exciting (not to mention addictive) physics-based arcade game, which also happens to have relaxing music and sounds even when things begin to get challenging.

Spinner Galactic comes with an iMessage app that lets you send stickers featuring characters (aka “crewmates”) and objects (such as the flag and the coin) from the game. 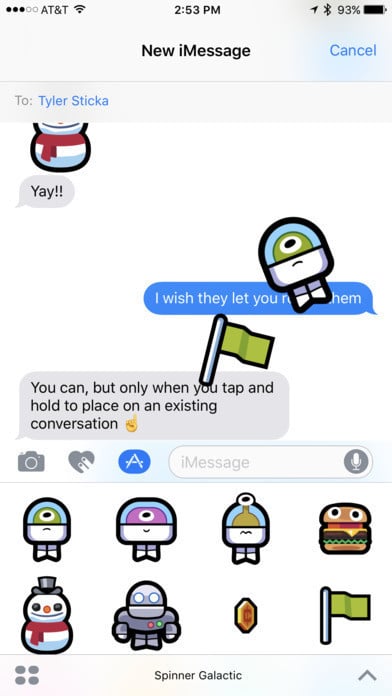 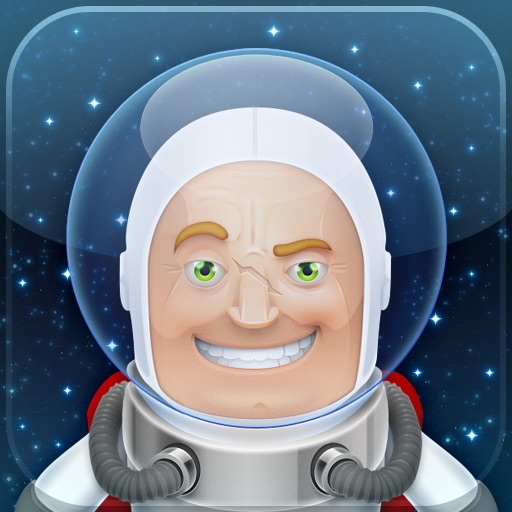 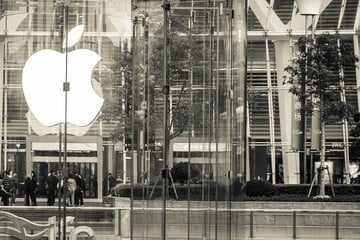