You are using an outdated browser. Please upgrade your browser to improve your experience.
by Christine Chan
November 18, 2015 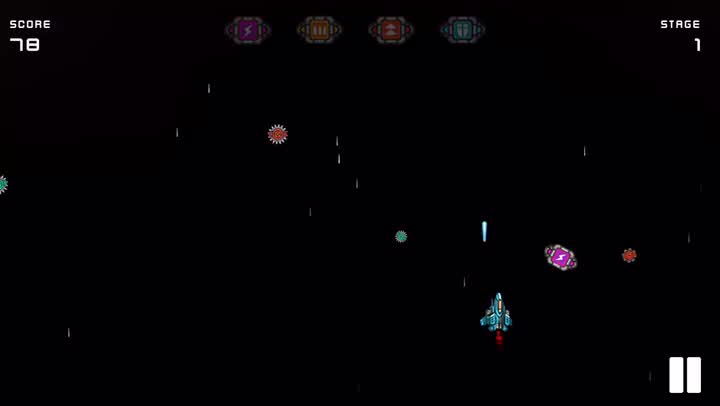 Cosmos - Infinite Space ($2.99) by Alexander Repty brings classic arcade shoot-em-up action right on your iPhone, iPad, and even Apple TV. If you once lived in the arcade just dumping quarters into the space shooter arcade machines and miss those glorious days, then Cosmos is a fun way to relive that experience. It is similar to other games on the market like Starseed: Origin and Operation Dracula.

Back in the day, when arcades were numerous and fruitful, I always enjoyed going to them and either watching people show off skills that were much better than mine, or just going to the nearest space shooter and just killed some time on that. These were my favorite types of games in the arcade because hey, who doesn’t like flying through space and just shooting lasers at everything and watching foes blow up along the way? So naturally, when I saw Cosmos on the App Store, I was intrigued and had to give it a try for myself. 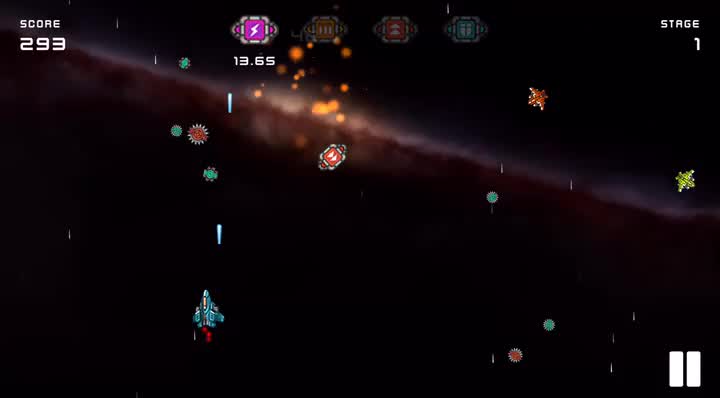 The graphics in Cosmos are a nice homage to the classic games of yore, featuring 16-bit pixelated sprites for all of the spaceships and space mines. The background of the game is a stark and inky pitch black that is sprinkled with some white stars and nebulas, so the bright and vivid sprites contrast nicely. Animations in Cosmos are smooth and fluid, and I experienced no lag whatsoever on my iPhone 6s Plus. The atmospheric soundtrack is a joy to listen to and it helps pull you into the game, while the sound effects are a fun touch.

While other arcade shooters are based on levels, Cosmos is more of a pure high score chaser and you can play infinitely until you die. Of course, the difficulty will ramp up the longer you survive since more enemies will show up with harder-to-predict movement and behavior patterns. Still, the game does split up the waves into stages, and once you reach the next stage, you can choose to start from that point in a new game. Cosmos features three difficulty levels that you can choose from before you set out, and there will be separate high scores for each. There are also boxes floating around that are power-ups, so make sure to use them to your advantage. 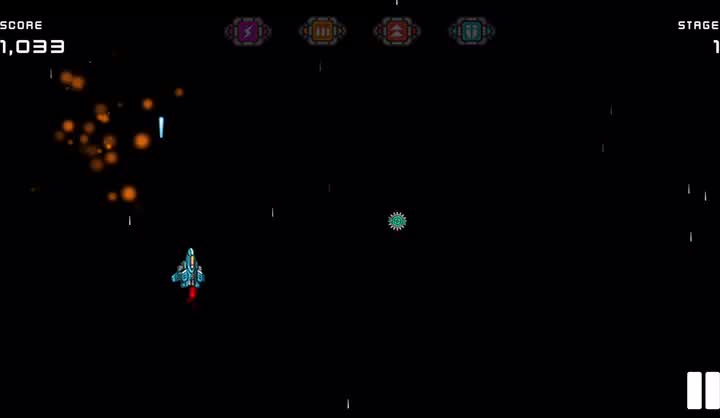 The controls in the game are the one thing I’m not too happy about. In order to move your ship, you drag your finger across the screen to go left, right, or up and down. As you move, the ship fires automatically. I’m not a fan of this control scheme because it feels cumbersome and slow to move around, and I would have to constantly switch my thumb or fingers after a while. I would have preferred a virtual joystick of some kind, because I feel that works best for these types of games. At the moment, there is no way to change the controls either, which is annoying. Hopefully the developer adds some other forms of touch screen controls in future updates.

As if the high score chasing and infinite gameplay is not enough, the game has full Game Center support so you can compete with friends or globally to see who is the best. I would like to see some achievements added in the future, though.

While I love arcade space shooters, the touch controls in Cosmos are my biggest letdown here. I am not a fan of how it is currently set up, though automatically attacking is nice, I hope to see some other options for controls in the future. While the game does support MFi controllers (and the Apple TV Siri remote), it should not be a requirement to fully enjoy the game on iOS. Personally, dual-stick controls work best for space shooters from my experience, and I would like to see that implemented at some point here. Other than that, the retro graphics look nice, the music is fun, and the gameplay is rather challenging.

If you don’t mind some wonky touch screen controls at the moment and want an arcade shooter, then you can get Cosmos – Infinite Space on the App Store as a universal download for just $2.99. 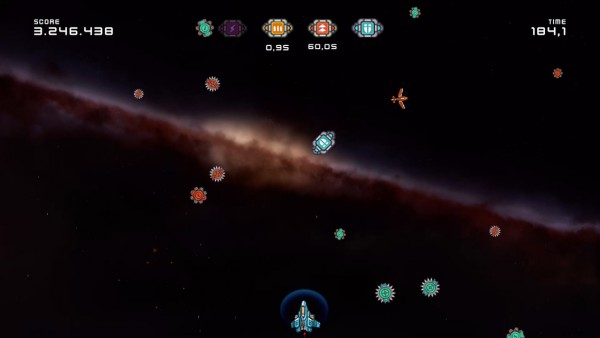 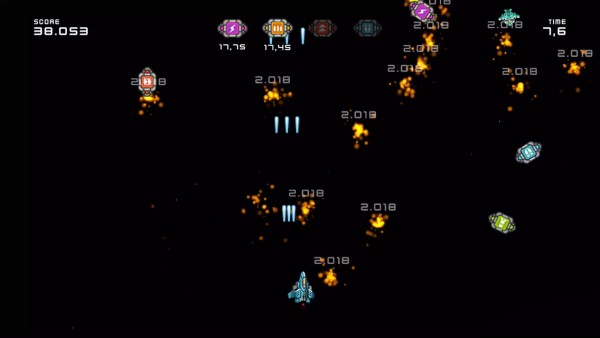 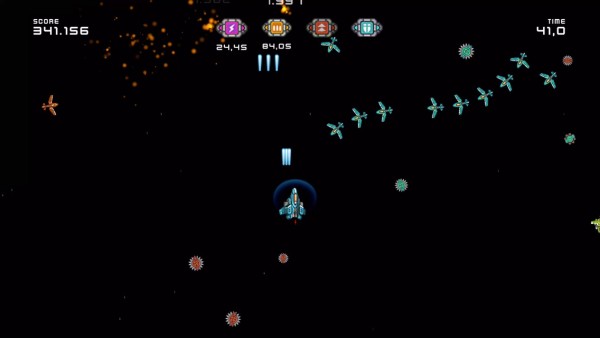 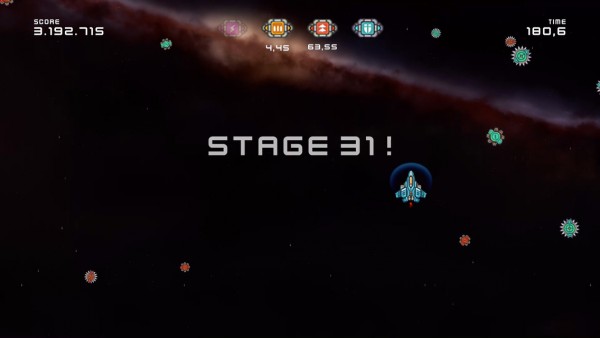 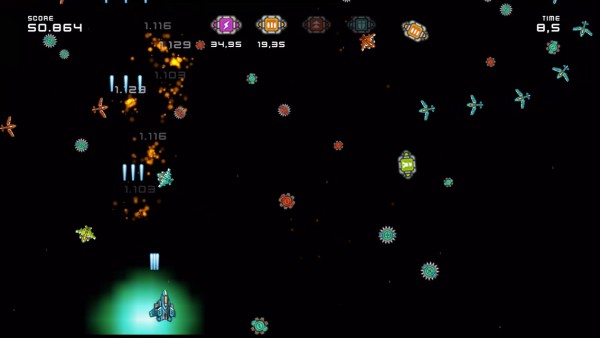