You are using an outdated browser. Please upgrade your browser to improve your experience.
by Christine Chan
May 3, 2017 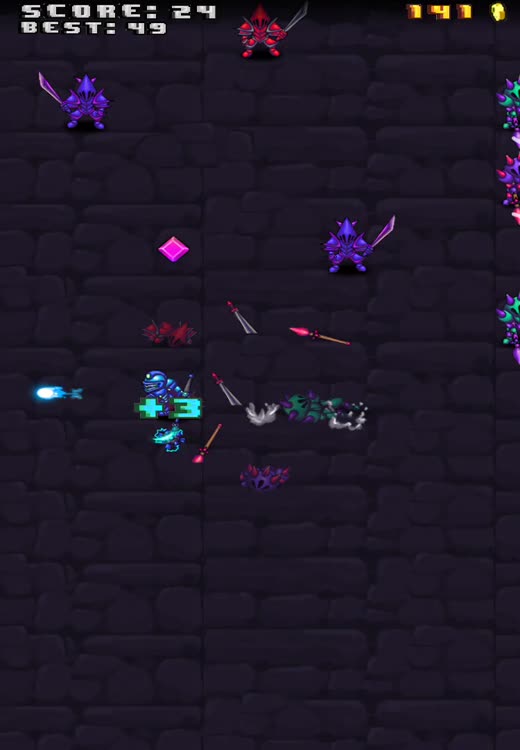 Ever Knight ($0.99) by Kyle Barrett is an infinite hack-n-slash arcade game that will keep you busy for quite some time. If you enjoyed some recent games like Tavern Guardians and even Soul Knight, then you’ll like what Ever Knight brings to the table.

Whenever I’m under a bit of stress, which seems to be rather often these days, I enjoy losing myself in some gaming time. Though my usual preference is to relax with games, sometimes I just need to take out my stress with some fast action, and for this, there’s nothing better than hack-n-slash arcade games. It’s always fun to chase after high scores, but just seeing the intense battles and fallen foes you leave behind can be rather satisfying. It’s been a good while since I last picked up a decent arcade hack-n-slash game, but when I saw Ever Knight on the App Store, I was intrigued and had to give it a try for myself. For what it’s worth, Ever Knight does not disappoint. 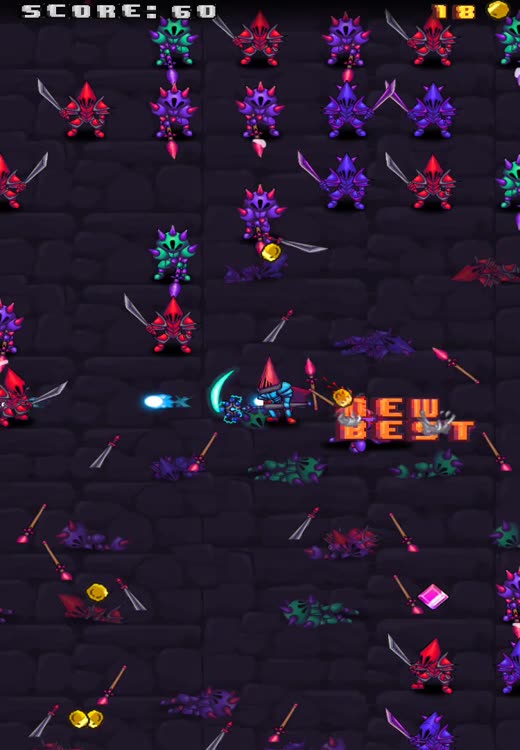 Visually, Ever Knight looks like a nice mash up combination of both retro and modern graphics, since some parts like the text are pixelated, but the character sprites for your character and enemies appear sharp and crisp. Everything is nicely detailed as well, from the unique designs of the various enemy types to the fine textures and coloring of weapons and armor. The dungeon floor, though, always looks the same and is kind of bland, even with the different colors that it may appear as for each run. The animations in Ever Knight are fairly smooth and fluid, though it may feel a bit jagged since you move one space at a time. There’s also a heavy metal soundtrack that should get your blood pumping for the action, though I did find that it gets repetitive after a while. The sound effects are fun to listen to while you play though, but some may find them to also suffer from the same problem.

There’s only one game mode in Ever Knight, but it’s all you need for a game such as this one. The game is an infinite hack-n-slash where you just go through a dungeon that is filled with hordes of enemies and see how far you can go before you die from a single blow from these powerful foes. The objective is simple: get as high of a score as you can by getting as far as you can, while dispatching any foes that stand in your way. While it’s fun to strike down the enemies, the main way to get points is by meter traveled, so focus on getting around enemies if you can for maximum efficiency scoring. However, enemies can drop gold coins, which you will want for upgrading your character’s weapons, helm, and armor.

Controls in Ever Knight are super simple and intuitive, but you will still want to be careful with how fast you swipe, because small mistakes will cost you in this game. To attack, just tap on the screen. This also serves as your main method of moving forward. You can also swipe horizontally to move one space to the left or right, and doing this also means you attack as you go. It’s important to know where to position your knight to attack, because some foes, such as spearmen, cannot be attacked from the front, and swordsmen will strike you if you stay still too long. As you get further into the round, you’ll discover many more enemies in your way, and new kinds of foes that have different attack patterns and defenses that you have to get around. Sometimes you’ll also find various colored diamonds on the battle arena — picking these up will grant you a special power that activates upon pickup, such as protective shields, or you can use special attacks with a long press on the screen. And watch out while you’re on the edges of the screen — if you “fall off” the edge, meaning that you are no longer visible on the screen, then you die. 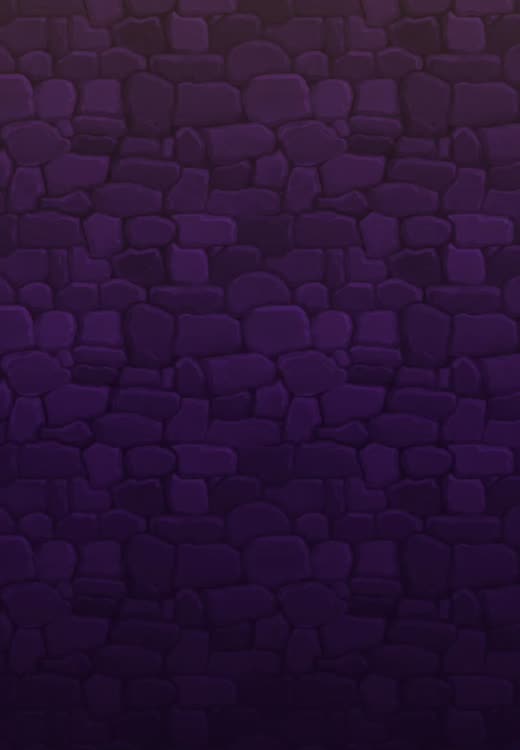 Once you have enough coins for some upgrades, you can tap on the button with your knight shown in the box to view the store. There’s a wide variety of weapons, helms, and armors to choose from, and the game provides you with a clear and accurate description of what each one does. After you get the hang of things, it’s easy to acquire coins, and once you start to get upgrades, the game becomes much more fun and addictive because of the effects of each piece of loot that’s available to you.

While the controls are simple enough to understand, I did find that sometimes the game would not register my swipe or tap properly, causing me to either move too much or go in a direction that I wasn’t planning on doing, which led me to some untimely deaths. So while the controls work most of the time, sometimes it does feel a bit clunky and should be better streamlined — hopefully the developer can optimize the controls in a future update so that they are more responsive. Otherwise, Ever Knight is a perfect little action arcade hack-n-slash game that takes my mind off reality for a bit and lets me escape for a brief amount of time. The graphics are amazing, the music is fitting (though repetitive), and the gameplay is simple, challenging, and addictive. On top of it all, there are no in-app purchases, so this game is based entirely on skill.

I highly recommend giving Ever Knight a try if you’re in the mood for a brutal hack-n-slash arcade game to take your mind off of things. You can find Ever Knight on the App Store as a universal download for your iPhone and iPad for just $0.99. There are no in-app purchases. 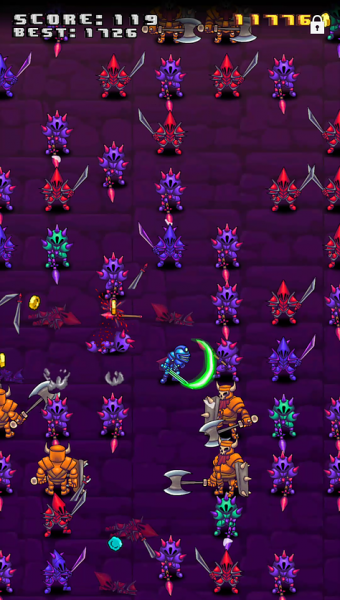 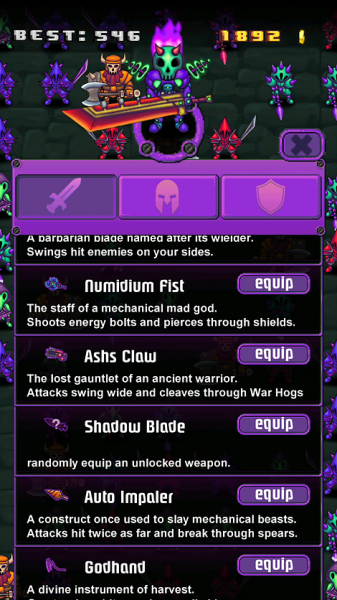 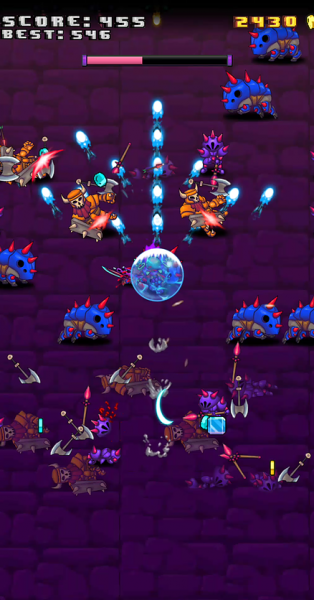 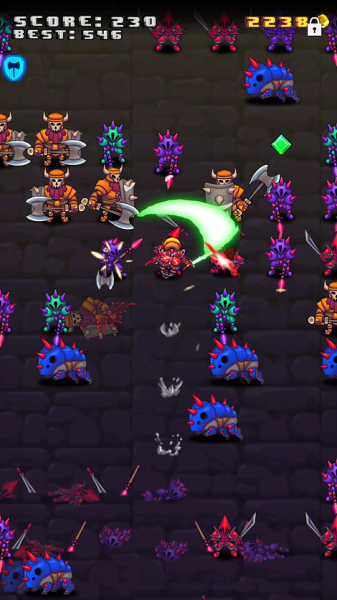