You are using an outdated browser. Please upgrade your browser to improve your experience.
by Christine Chan
December 30, 2016 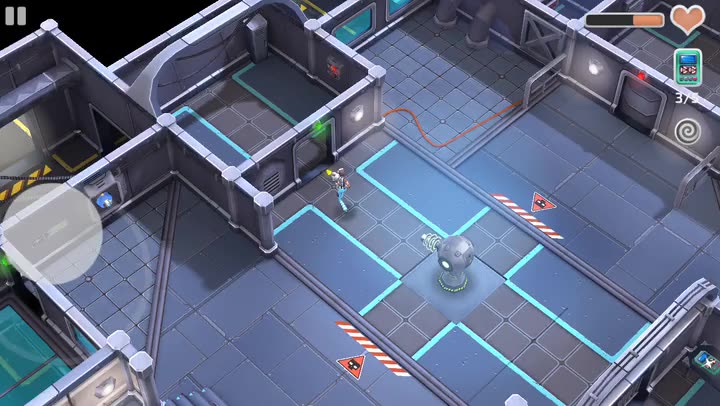 Island Delta ($1.99) by Noodlecake Studios Inc and Mantisbite is an adventure game that involves an anti-gravity weapon that serves as your Swiss Army knife to get through enemies, puzzles, and traps. If you enjoyed games like Space Marshals 2 and Legend of the Skyfish, then you will enjoy what Island Delta offers.

While a lot of my gaming these days is on my PlayStation 4, every now and then I like to sit back and relax with some mobile games when I need a break from Destiny. If you’ve been following my work on AppAdvice for the past several years, then you should know that I am a sucker for a good puzzle game and am always up for an adventure. Naturally, when I saw Island Delta on the App Store, I was intrigued, especially when I saw that it was published by Noodlecake Studios, who are the makers of the exceptional Super Stickman Golf games. I had to check out Island Delta for myself, and it’s definitely worth it if you’re a fan of quirky adventure puzzle games. 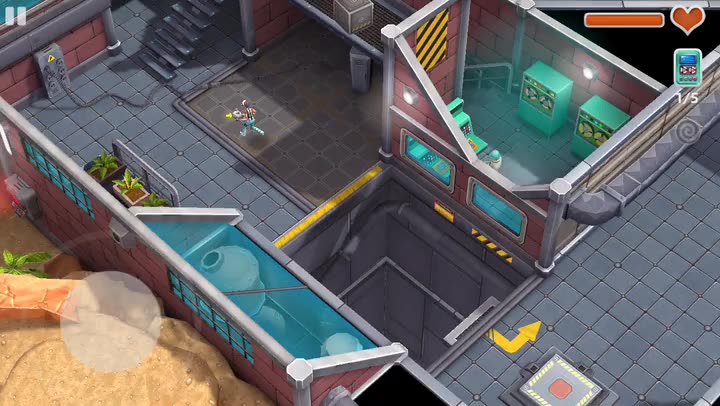 Visually, Island Delta is beautiful. The game is rendered in 3-D with an angled, top-down perspective that is similar to other games like Neon Chrome and Space Marshals 2. The quality of the graphics are fairly high quality as well, since the colors range from dark and gloomy tones to bright and lush hues, and the textures of the environment are incredibly detailed on Retina screens. The character models of the protagonists are pretty realistic in terms of movements and animations, and the various enemies that you’ll encounter also have their own unique behaviors that you must learn quickly to ensure survival. Island Delta has smooth and fluid animations overall, and the atmospheric music is rather futuristic and the sound effects are a nice finishing touch to the audio. While the game does halve any background audio, you can adjust the volume of the music and sound effects in the game’s option menu, and then restart your audio to have it at full volume again (this is a workaround for any app or game that does this). In the end, I think Mantisbite did a fantastic job in terms of visuals and audio in Island Delta, and the game is worth checking out for that alone, but there’s much more to it than that.

Like many other adventure puzzle games, Island Delta is level-based, so players must endure the stages one-by-one in a chronological and linear order. At the moment, the story involves three different chapters that are spread out across a few different areas, so there are about 30 stages total. Each level will have it’s own set of objectives that must be done in order for it to be completed and you can move on to the next one. These goals are clearly presented in the mission briefing beforehand, and the game does offer tips at the start of a stage, and you can always access your objectives from the game’s pause menu if you’re lost. The game does not have stars to earn on each stage or a time limit, but there are hidden collectibles that you’ll want to look for in order to unlock bonus levels. So technically, you can play the game at your own pace, which is rather nice for this genre. Island Delta also has some rather gorgeous cutscenes that are fun to watch, though they can also be skipped if you’d rather just jump into the action. The storyline is interesting though, and there is even a bit of humor in the dialogue between the characters that is always fun to hear.

Controls in Island Delta are a bit clunky at times, but they work alright for the most part. To move your character, which can be either Zoe or Baxter (depending on the stage), just drag your thumb around on the screen. The game uses a virtual joystick but it’s not locked into the bottom left corner area like most games, so you are given a bit of freedom with how you move. If seeing the virtual joystick annoys you, the visual can be turned off completely in the game’s options. To interact with objects, enemies, and the environment, just tap on what you want to grab with your anti-gravity gun, and then tap on where you want to throw it. To interact with your settings, such as activating switches and doors, just walk up to what you need and then a button should appear if you can communicate with it. 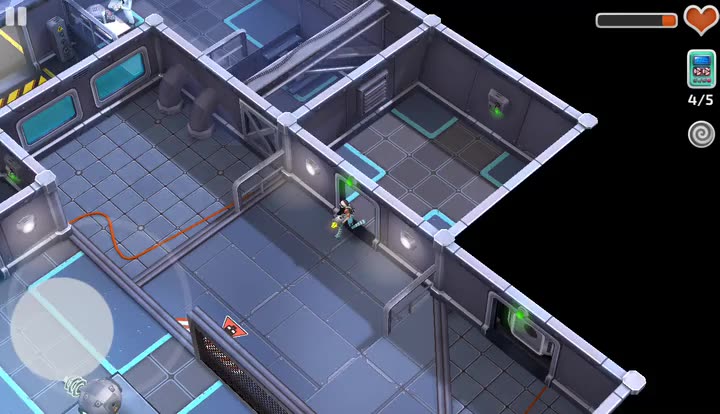 I found that placing a button in the middle of the screen for interactions feels a bit out of place, since some of us will have to reach over to get it, and the game should have had an action button in the bottom right corner or something. Hopefully the developers can consider that in a future update.

While some of the stages can feel a bit long, players should not worry. There are checkpoints that activate automatically after you reach a certain point in a stage, and you can always choose to pick up where you left off if you have to stop playing and come back to it later. Island Delta also has iCloud game save support, though it will have to be enabled manually, as it is not on by default for whatever reason. So even if you switch devices in the future, your game data will never be lost as long as you have the space in iCloud.

I’m still early on in the game but I’m enjoying it so far. The game looks stunning on Retina screens, the music is captivating and engaging, the sound effects are fun, and the puzzles themselves are challenging and honestly remind me a bit of the Portal games due to the fact that you grab items and throw them with your slick anti-gravity gun. I just wish that the controls were a bit more streamlined, because they just feel a bit unoptimized at the moment. But other than that, Island Delta is a fun adventure that is worth checking out.

I recommend giving Island Delta a try if you like adventure puzzle games that are set in the future and want to give yourself a challenge. You can find Island Delta on the App Store as a universal download for the iPhone and iPad for just $1.99 for a limited time (normal price is $2.99). 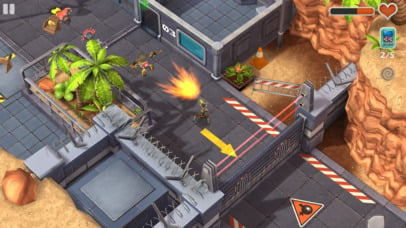 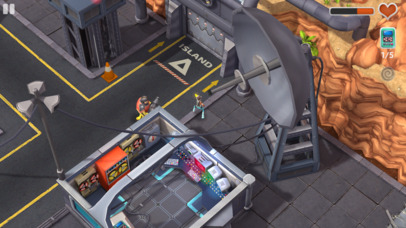 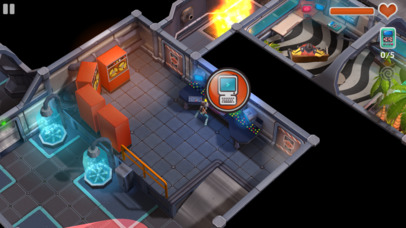 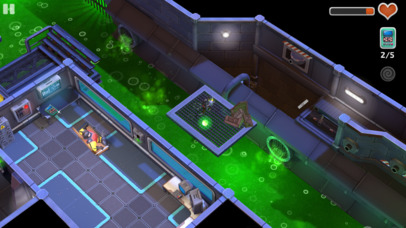 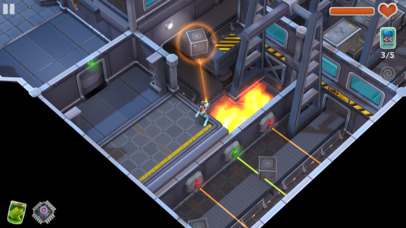