You are using an outdated browser. Please upgrade your browser to improve your experience.
by Christine Chan
April 8, 2014 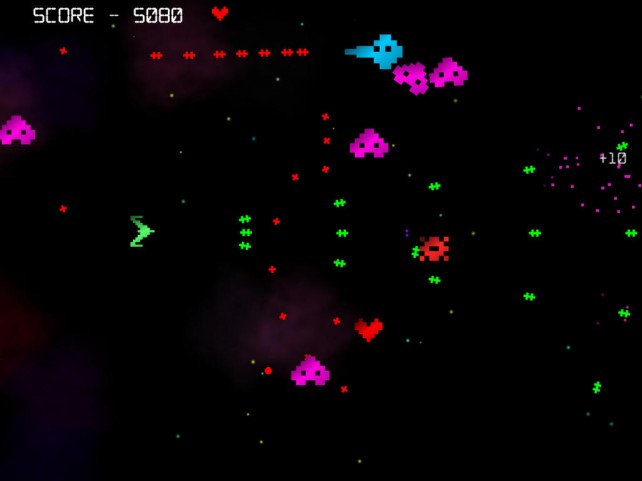 Hectic Space (Free) by James Swiney is a space shooter that lives up to it’s name. If you enjoy old-school space shooters like Space Invaders, but like the frantic challenge presented by bullet hell shoot-em-ups (shmups), then you will love Hectic Space.

One thing I can always enjoy is flying through space and shooting everything in sight. I mean, how does one not like doing this? It’s relaxing, even though things get pretty crazy pretty fast. I always enjoyed playing Space Invaders as a kid, and still do when I get a chance. However, things are pretty calm in that game compared to others, like many Japanese bullet hell shooter games. That’s why I was drawn to Hectic Space, as it’s the perfect little combination of retro arcade game with bullet hell shmup. 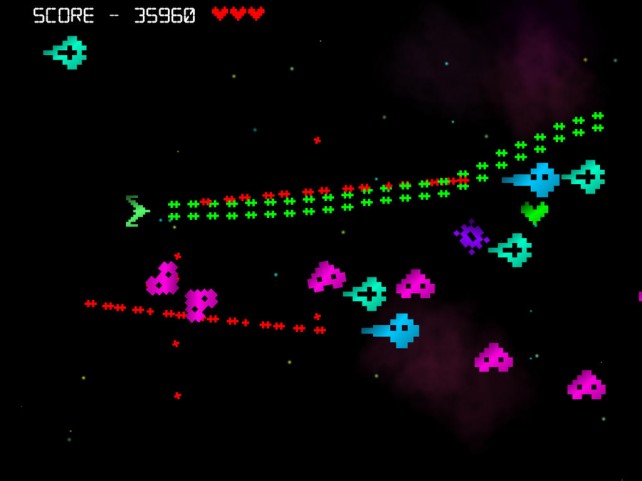 The graphics in Hectic Space are completely retro. If you ever played the classic arcade shooter games back in the day, then the visuals in Hectic Space should be no surprise to you. Your ship, as well as the enemies, all retain that 8-bit pixelated look, and everything is done up in bright, neon colors that stand out perfectly against the black backdrop of space. Animations are fluid as you fly through the ever increasing hordes of enemy ships, as I had absolutely no lag whatsoever on my iPhone 5s. The game’s soundtrack is also quite quirky, featuring dubstep-like tunes that are quite fitting for the game’s manic nature. And of course, everything is topped off with the old-school “pew pew” laser sounds of your ship firing and things blowing up as they should.

There is only one game mode in Hectic Space, but that’s perfectly fine with me, as it can keep me entertained for hours on end. The one mode is basically an endless survival mode, where you see how long you can last before dying. You rack up points by killing enemies, so make sure to shoot them all down, but avoid their bullets at you, of course.

Controls in the game are incredibly simple, and can be played with one hand if you really wanted to, though it’s probably the most comfortable with two hands. Your ship will be flying through space automatically, but you are in charge of maneuvering it vertically. To do this, just drag your finger up and down on the screen towards the left edge (this way you can still see what is in front of you). While your finger is on the screen, your ship fires automatically, so you don’t have to worry about any other buttons for that.

The game starts out pretty easy, having just a few enemies on the screen who are coming towards you and firing their puny laser guns. However, you will find tougher enemies as you make progress, and there will be a lot more ships on the screen at once. With all of them firing at you, it gets a bit more difficult when trying to avoid them, but if you’ve experience with bullet hell games, then it should feel natural to you. If you get hit by a bullet, or run into another ship, you’ll lose a heart — lose them all, and the game is over.

You will always be equipped with your standard laser, but it doesn’t do much. As you fly, you’ll find little green things floating around — make sure to collect these, as they are power-ups for your weapon. You can get things like Wave Shot, Homing Shot, Rapid Fire, and more. These only last for a brief amount of time, though, before they revert back to the standard laser, so make sure to take advantage of their power while you can. 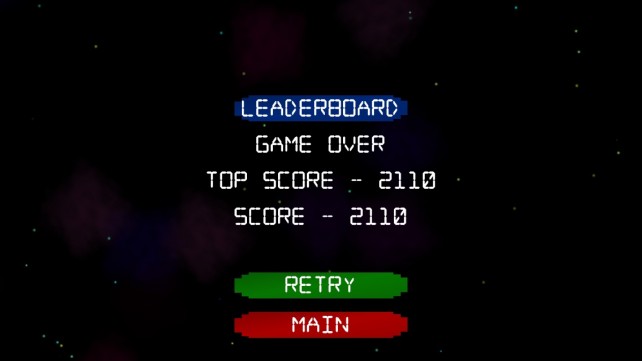 There are also hearts floating around, which will refill your life gauge. If you see these, make sure you grab them — after all, why wouldn’t you want to live a little longer?

The game does have support for Game Center, but only for the leaderboards. However, if you were always the type to brag with friends about your score in arcade games, then Hectic Space is another perfect way to do that.

The game itself is free with ads, but there are no in-app purchases whatsoever, which, in this case, is both a good and bad thing. It’s good because you aren’t bothered with in-app purchases for unnecessary power-up items to make the game easier. But it’s bad in case you like the game enough but don’t want to see the ads every now and then, and actually want to give the developer a bit of money to support his work.

Still, I’m finding Hectic Space to be quite enjoyable, and a great way to kill some time. The visuals are delightful and a nice homage to the classic arcade games, and the music definitely helps get your adrenaline going for the game. The simple gameplay will keep you coming back over and over, as you try and beat your previous high score, and seriously, who doesn’t like seeing a bunch of colorful explosions happen all over the place? I just wish that there was a way to get rid of the ads, because I’m not a fan of them, in any app or game, and if I could, I would always get rid of them.

You can find Hectic Space on the App Store as a universal download for free. 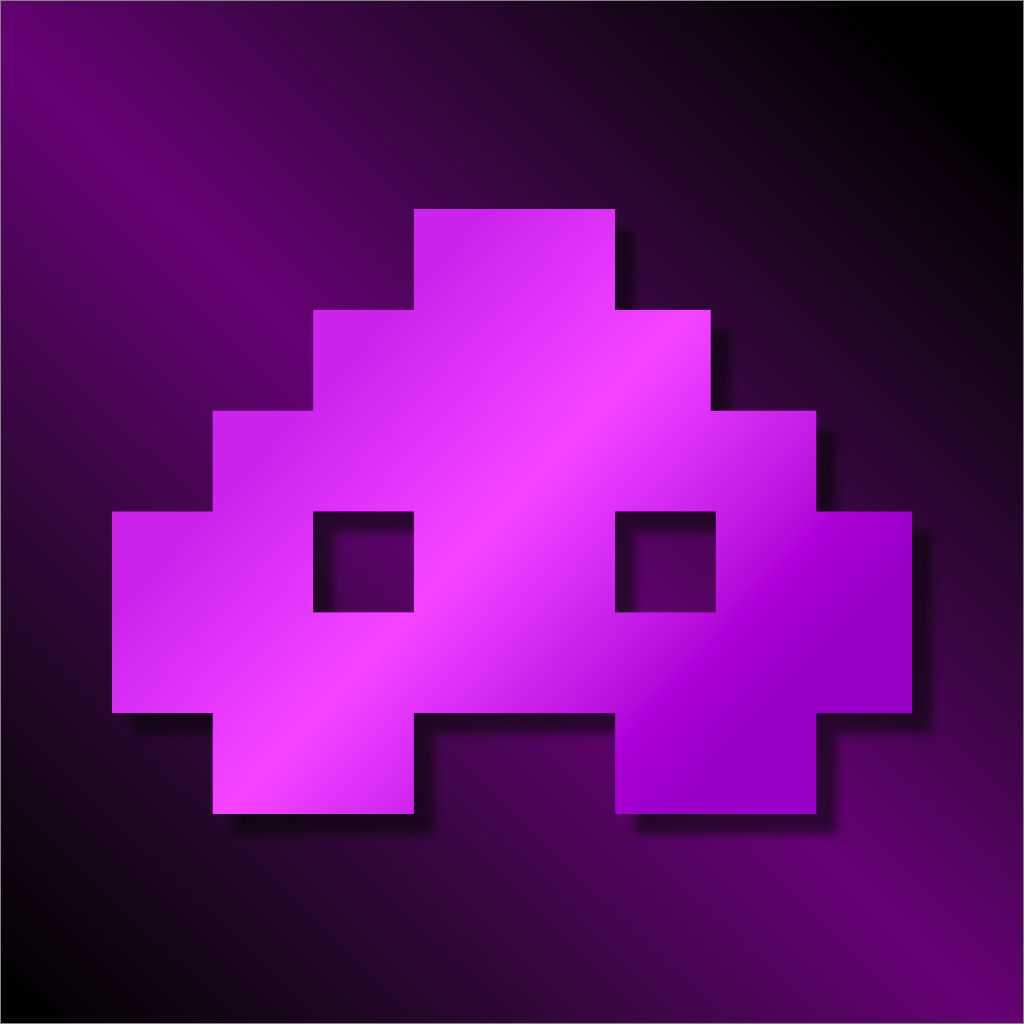 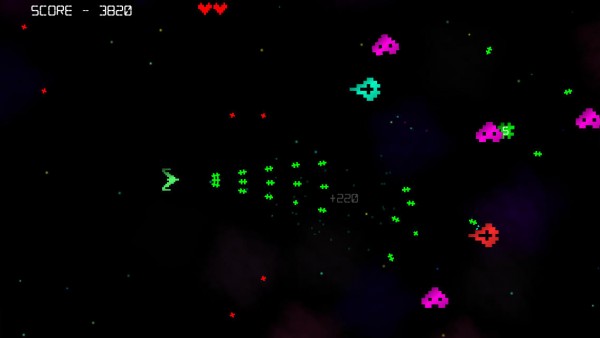 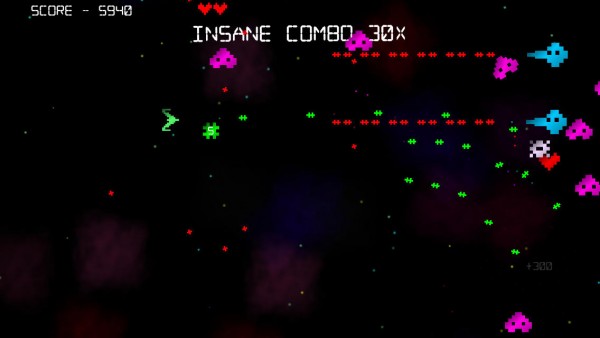 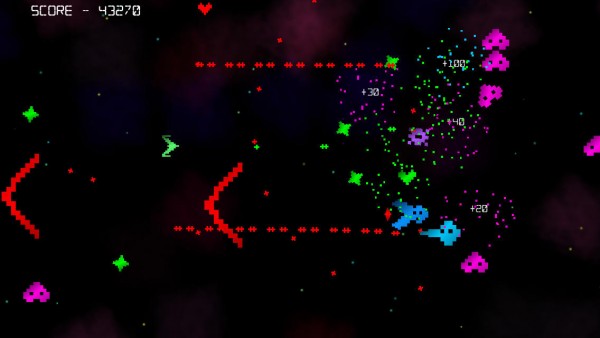 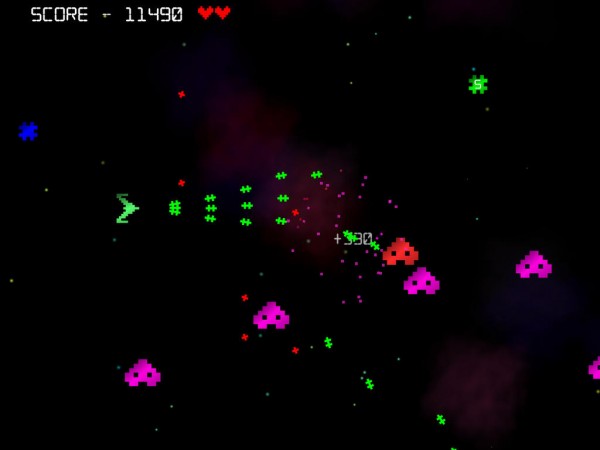 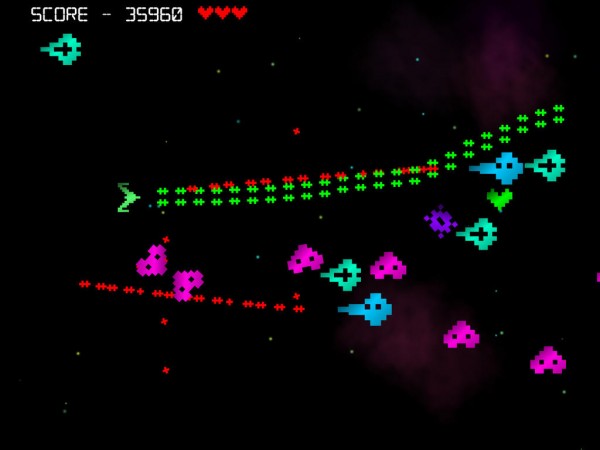 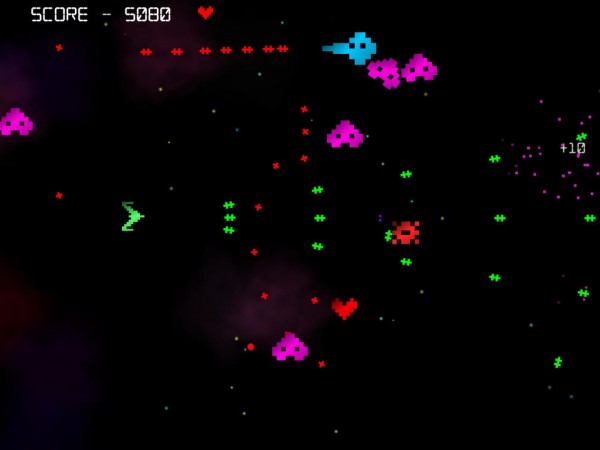 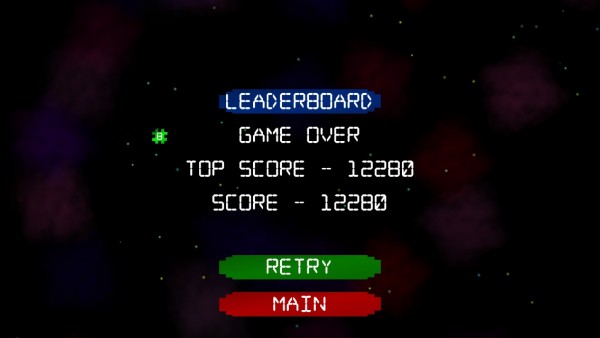 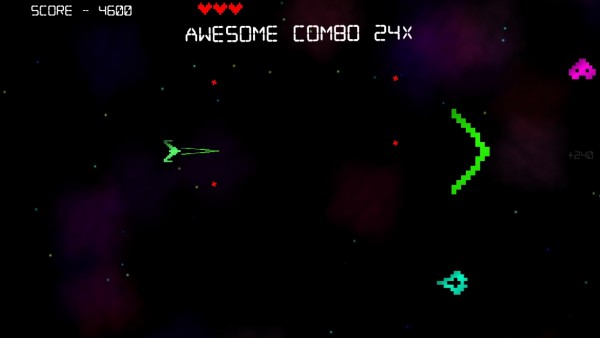 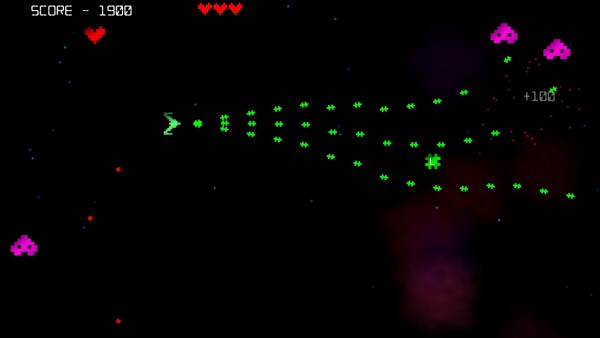 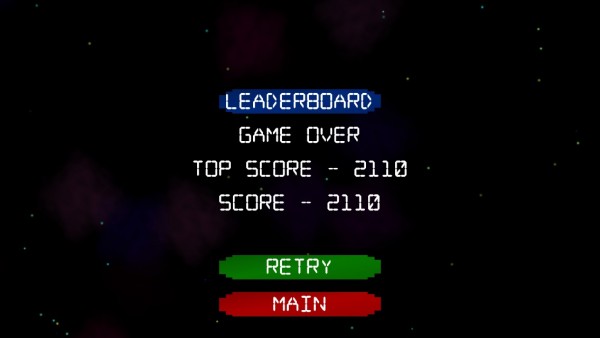 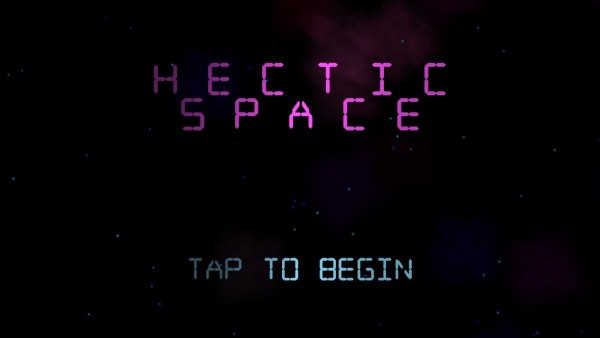