You are using an outdated browser. Please upgrade your browser to improve your experience.
by Aldrin Calimlim
June 28, 2013
Reeder is definitely not going anywhere but forward after the termination of Google Reader on July 1. Silvio Rizzi, the developer of arguably the most popular Google Reader client for iOS and Mac, has announced that development of Reeder will continue after July 1. In fact, all three editions of the app (iPhone, iPad, and Mac) are all set to receive major updates. Unfortunately, though, these updates are not going to be released before Google Reader's closure. Obviously, Reeder will cease to be a Google Reader client. It will instead flourish as a client for a number of Google Reader alternatives. A couple of months ago, Reeder for iPhone was already updated with support for Feedbin and no-sync local RSS. And a new update to the iPhone app has been submitted, bringing support for Feedly and Feed Wrangler. But that update is different from the major update that it's set to receive, concurrent with the major updates to Reeder for iPad and Reeder for Mac. Regarding the updates to Reeder's iPad and Mac edition, Rizzi notes:

Unfortunately, it's not that easy to add other services to the current versions of these apps. It's probably best to use my time to work on the new versions, to get these out as soon as possible.

As a result, Reeder's iPad and Mac editions will both be pulled from the App Store on July 1, since they work with Google Reader only. They will be restored as soon as they gain support for Google Reader replacement services through their upcoming updates. Until then, let's just make do with the more than capable Reeder for iPhone, which has just been made available for free. If you're looking for other iOS apps that offer Google Reader alternatives, consider Digg Reader Launches On iOS: Will You Dig It As Your Google Reader Replacement?, Mr. Reader Prepares For Life After Google Reader With Newly Released Version 2.0, and Newsify Updated With Feedly Cloud Support Ahead Of Google Reader Shutdown. 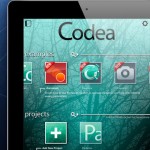 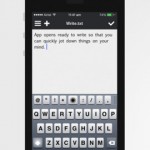 Write For iPhone Gains iCloud Support In Addition To Dropbox File Syncing
Nothing found :(
Try something else