You are using an outdated browser. Please upgrade your browser to improve your experience.
by Joe White
October 8, 2013
Google executive chairman Eric Schmidt recently claimed that his company's Android mobile operating system, a long-time rival of Apple's own iOS, is "more secure than the iPhone." The announcement came, as ZDNet explains, during a question-and-answer session at the Gartner Symposium/ITxpo, and Schmidt's remark - which, according to other reports, was made with more than a dash of arrogance - resulted in insurgent laughter erupting from countless audience members. ZDNet reports:

Gartner analyst David Willis, who is chief of research for mobility and communications and who runs Gartner's Senior Research Board, said to Schmidt: "If you polled many people in this audience they would say Google Android is not their principal platform [...] When you say Android, people say, wait a minute, Android is not secure." Schmidt didn't miss a beat, replying, "Not secure? It's more secure than the iPhone."

The executive chairman went on to address criticism of Android's fragmented platform. As a reminder, Apple chief executive officer Tim Cook recently made such a remark, claiming in a Bloomberg Businessweek interview that fragmentation defines Google's Android as a mobile operating system, and insinuating that users lose out as a result. Schmidt said: "With Android we have an agreement for vendors that you keep the Android stores compatible and that is a great breakthrough for Android," drawing attention to the Google Play store, which serves as an application store for Android-powered mobile devices. Google's executive chairman added that most importantly, "when you buy an Android phone the apps are compatible." Of course, Android is still the world's most popular smartphone OS, however this is due to the comparably low cost of Android-powered handsets in countries spanning the globe. Though analysts had hoped that Apple's iPhone 5c would provide a point of competition for such low-cost rival smartphones, when the handsets were announced it emerged that this would not be the case. For now, at least, the rest is history, even if the more expensive iPhone 5s is nevertheless doing well both in the United States and overseas. See also: Apple Now Releasing Nightly Builds Of OS X "Syrah" To Its Employees, Pocket Village Updated With New Halloween Decorations And Other Enhancements, and It's iPhoneography: NatGeo Photographer Captures Scotland With His iPhone 5s. 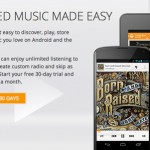 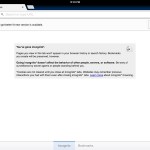 Searching In Chrome’s Incognito Mode Isn’t Exactly Secret
Nothing found :(
Try something else