You are using an outdated browser. Please upgrade your browser to improve your experience.
by Joe White
November 30, 2013
It's been a whirlwind year for Apple stock, but after the highs of late-2012 and the lows of mid-April, shares in the Cupertino, Calif. company closed above $550 after yesterday's Black Friday trading, indeed leaving Apple investors feeling thankful this holiday season. More precisely, Apple stock closed at $556 - up 10 points on the day - demonstrating that confidence in the company is continuing to grow. Before the next-generation iPad and iPad mini were announced in October, you'll remember that Apple stock reached above $500 per share; however, shares in Apple really started to pick up during the weeks ahead of its September iPhone event. As we explained back in August:

Apple shares are trading at levels not seen since late January. In midday trading, the stock is up just over 2 percent to around $500 per share. Apple’s gains come after investor Carl Icahn called the stock undervalued. Since July 1, 2013 Apple stock is up nearly 26 percent and could go even higher in the coming weeks. Cupertino is expected to unveil new iOS devices as early as Sept. 10.

Of course, Apple stock has continued to improve, with investors appearing encouraged by sales of Apple's iPhone 5s (and iPhone 5c) handsets, which collectively topped 9 million during the smartphones' first weekend. The launch of a Retina display-equipped iPad mini, too, has taken some pressure off the Cupertino, Calif. company. Yesterday, Apple offered customers visiting its Apple Retail Stores and Apple Online Store the option of earning free Apple Store Gift Cards when qualifying products (including Macs, iDevices, and accessories) were purchased. The deal was available as part of Apple's Black Friday offerings. In its European Apple Stores, however, Apple rather chose to offer discounted products. With Apple's new iPhones and iPads already having been announced, it'll be interesting to see how Apple stock continues to develop over the forthcoming months. Could the prospect of an "iPad Christmas" and a possible iWatch release be enough to save Apple stock from another nosedive? See also: Black Friday Meets Black Balls Of Goo As World Of Goo HD Goes Free For First Time Ever, Today's Best Apps: NFL Homegating And New Color, and AppAdvice Daily: Weekend Sale Blowouts And iPad Mini Giveaway. 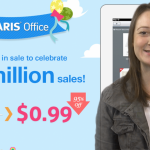 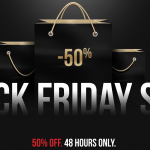 Readdle's Top 5 iOS Applications Get Discounted By 50 Percent For Black Friday
Nothing found :(
Try something else