You are using an outdated browser. Please upgrade your browser to improve your experience.
by Brent Dirks
December 12, 2013
Google Maps has just been updated, making the move up to version 2.5 and adding an interesting feature. After signing in with Gmail credentials, users can now see their flight, hotel, and restaurant reservations on the map. To show up on the map, the confirmation information will have to be emailed to the linked Gmail account beforehand. As an example, if I search for driving directions to my hotel while on vacation, the app will now show all of my reservation information. That’s a really handy function, and it’s another reason I’ll continue to use Google’s solution instead of Apple Maps. The functionality has been previously enabled in the desktop version of Google Maps. A universal app designed for the iPhone/iPod touch and iPad/iPad mini, Google Maps can be downloaded now in the App Store for free. Version 2.0 of the popular app arrived in July and finally brought support for the iPad/iPad mini. Google has issued a few updates since then, including version 2.3.4 in October. That brought faster access to navigation and a new tips and tricks section. For other app news and reviews today, see: Angry Birds Go! Will Have You Addicted Again, But For Different Reasons, Learn About Our World In Stephen Hawking's Snapshots of the Universe For iPad, and Realmac Confirms: Clear To Get Reminders, Ember To Receive Annotations. 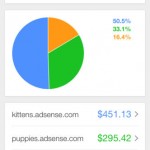 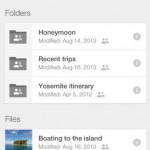 Google Drive Can Now Sort Files By Title Or When Last Opened
Nothing found :(
Try something else