In a new report, comScore explains that the number of U.S. smartphone owners using an iPhone handset is continuing to increase. Apple’s share of this market is still huge, and almost double that of the second-place smartphone manufacturer Samsung, which enjoys a usage share of 26.0 percent.

Apple’s smartphone usage share is rather 41.2 percent, and this saw a 0.5 point change in the 2013 quarter ending in November. Samsung saw a larger point change of 1.7, yet Apple and Samsung’s competitors - Motorola, LG, and HTC - all saw a decrease in the number of U.S. smartphone owners using their handsets.

In its report, comScore noted:

152.5 million people in the U.S. owned smartphones (63.8 percent mobile market penetration) during the three months ending in November, up 3 percent since August. Apple ranked as the top OEM with 41.2 percent of U.S. smartphone subscribers (up 0.5 percentage points from August). Samsung ranked second with 26 percent market share (up 1.7 percentage points), followed by Motorola with 6.7 percent, LG with 6.5 percent and HTC with 6.4 percent.

It’s no surprise to hear this news, however. Though Apple’s share of the U.S. smartphone market might be lower than that of Google’s Android, it’s long been a truth universally acknowledged that iPhone owners use their $500 handsets more than owners of competing products.

As such, this means owners of Apple’s smartphone spend more cash with their carrier each month and spend more on iOS apps (and particularly games); iPhone owners are also more likely to make retail purchases using their handset, too.

Google’s Android and Apple’s iOS constitute 93.1 percent of the U.S. smartphone market; their competitors (if you can call them that) all hold individual shares of the market which are under 3.5 percent each.

Plus, comScore pointed out that the number of Android and iOS users is growing, while the number of BlackBerry, Windows Phone, and Symbian users is continuing to decrease. 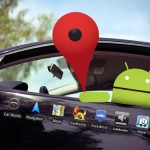 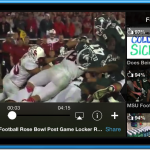 Tired Of Google's Official App? Take The Free Youtopia For YouTube App For A Spin
Nothing found :(
Try something else