Jay Freeman (@saurik), creator of Cydia and all-round jailbreak hero, responded to a Reddit thread recently requesting a list of the jailbreak apps and tweaks he presently has installed on his main iDevices. The list is lengthy, as you’d expect, and provides jailbreakers with a handy selection of go-to jailbreak tweaks and @saurik-sanctioned packages.

The Reddit post was first shared by iDownloadBlog, and can be found over in the r/jailbreak section of the website. Published last night and titled “[Request] A list of Saurik’s tweaks and themes he currently has installed,” it seems Freeman responded to the post just a couple of hours after it was first published, and his reply included the asked-for list of jailbreak tweaks and apps which the Cydia creator is presently running:

Surprisingly, as you may have guessed, Freeman hasn’t yet updated his main iDevices to iOS 7. Despite having optimized the Cydia Store, the Cydia app, and Cydia Substrate accordingly for the latest iteration of Apple’s mobile OS (as well as for 64-bit iDevices such as the iPhone 5s), Freeman explained in the r/jailbreak thread that he’s not pleased with changes made to Safari in iOS 7.

In particular, he noted: “I am not certain what to do about iOS 7. Apple ruined the web browser by adding the ‘scroll up for navbar’ feature: it is horribly distracting and entirely useless. I could just remove it, but they also bring up a solid bar now with the back button.”

Freeman went on to add:

On iOS 6 they simply nailed it: the HUD was entirely gone except for a few transparent buttons that were always present; I seriously now do most of my browsing on my iPhone (I’m typing this response on my iPhone, in fact), but I simply can’t use iOS 7 Safari. When I have time I might try to do some major surgery to “fix it”, but until then I am on iOS 6. (That said, I also rely on a ton of these extensions, and only very recently have some of them been ported. iOS 7 also screwed up the address book, and they use colors everywhere like red … red means “this is dangerous or is an error”, not “edit my alarm”. I’m just distraught.)

I’ve got to admit, I’m with Freeman when it comes to Apple’s use of the color red in the Calendar app and Clock app. Though for now, at least, I don’t find the updated Safari application so concerning, and there are no iOS apps or jailbreak tweaks I require which haven’t been updated for iOS 7.

If you’ve got a spare moment, check out the entire Reddit thread. It might be worth bookmarking and keeping tabs on, too, since Freeman seems to be in the process of answering a number of other questions from Reddit users.

In the meantime, for some of our favorite recent additions to the Cydia Store, check out our articles on Icon Masks, MacBattery, and SMS Status 2. We also have a list of “Top Paid” jailbreak tweaks for iOS 7, as well as a selection of our favorite free iOS 7-optimized packages.

See also: Square Enix To Launch Its Own RTS Dragon Sky In The App Store, Evernote Sync Gets A Huge Speed Boost, Now 4 Times Faster Than Before, and Clash Of Clans Gains New Hero Abilities And More Gameplay Enhancements. 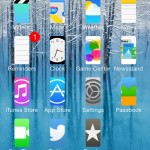 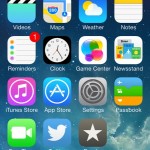 Cydia Tweak: OS X-ify Your iPhone's Battery Icon With MacBattery For iOS
Nothing found :(
Try something else