China Mobile, the biggest carrier operating in the world’s largest smartphone market, has confirmed that it added 1 million new iPhone users to its 4G TD-LTE network in February.

The news comes in a report from The Wall Street Journal which cites a comment made by the China Mobile chairman Xi Gouhua. He said that 1.34 million 4G customers were added to China Mobile’s recently deployed TD-LTE network during February, noting that “most of them are iPhone owners.”

China Mobile’s super fast TD-LTE network launched in the nation during November 2013, and Apple’s iPhone 5s and iPhone 5c – two of a limited number of handsets which support TD-LTE – officially reached the carrier in January this year.

At the time, we heard Foxconn had shipped 1.4 million iPhone 5s handsets to China Mobile, and a survey undertaken by AlphaWise and Morgan Stanley Research indicated that the carrier could sell at least 12 million of Apple’s handsets in 2014.

Though despite these impressive figures, it’s not all good news for Apple’s work in China. The iPhone 5c is continuing to sell poorly in the country (as it is everywhere), and at present, the less expensive handset is said to account for less than two percent of China’s iOS device market.

Some have indicated that Apple’s recent launch of an 8GB iPhone 5c handset could improve sales of the device, though others are remaining skeptical.

We also heard earlier today that in China, the launch of the iPhone 5s and iPhone 5c served to increase sales of older iOS devices during recent months. As such, the most popular iOS device in the nation is the iPhone 5. In an article published a few hours ago, we explained:

Though this might sound curious, Mixpanel found that the reason for the situation is simply a matter of cost: new products are expensive in China, and when they launch Apple’s older iOS devices get a price reduction.

The high cost of new iPhones in China was brought to our attention last year when a report demonstrated how the iPhone 5c, Apple’s less expensive handset, costs more in China than the average monthly wage.

It seems that China Mobile’s 776 million subscribers and its 4G TD-LTE network are nevertheless encouraging iPhone sales in the nation. We’ll keep you updated with further information concerning Apple’s work in the country as we receive it.

In the meantime, see: Samsung’s Latest Galaxy Tab Pro Ad Hits All The Right Notes As It Goes After Other Tablets, Bulkypix’s Retro-Shooter TriBlaster Blasts Onto The App Store, and Be A Penguin Explorer In Adventure Beaks, A New Platformer For iOS. 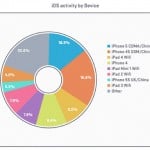 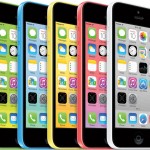 Analyst: Apple's Launch Of The 8GB iPhone 5c Internationally Is 'Ultimately Irrelevant'
Nothing found :(
Try something else