You are using an outdated browser. Please upgrade your browser to improve your experience.
by Joe White
March 24, 2014
See update below.

Apple is reportedly seeking to integrate a subscription-based Comcast streaming service in its future Apple TVs, according to a recent report. If true, the move would grant users access to a range of Comcast channels for a monthly fee, making Cupertino’s set-top box even more of a fitting replacement for the traditional TV setup.

The news surfaced in a recent report from The Wall Street Journal (via MacRumors), in which the publication explained that Apple is also looking to receive “special treatment” from Comcast in order to ensure that Internet congestion doesn’t negatively affect streaming from the network.

The report explained: “People familiar with the matter said that while Apple would like a separate ‘flow’ for its video traffic, it isn’t asking for its traffic to be prioritized over other Internet-based services.”

What Apple is asking for, however, is a Comcast deal that would bring live programming, on-demand content, and even digital-video recordings to its set-top box, all of which could be streamed to Apple TVs from the cloud.

Under the plan Apple proposed to Comcast, Apple’s video streams would be treated as a “managed service” traveling in Internet protocol format – similar to cable video-on-demand or phone service. Those services travel on a special portion of the cable pipe that is separate from the more congested portion reserved for public Internet access.

Apple is also looking to have customers sign for their Apple TV Comcast subscriptions using an Apple ID, and in doing so Cupertino is hoping to secure a percentage of the monthly fee paid by subscribers, the report adds.

Recently, we heard that the next-generation Apple TV would focus on bringing gaming to the platform and could be around the size of Google’s Chromecast. We’ve also seen new channels launch for the set-top box, and heard that the so-called “iTV” – Apple’s long anticipated fully fledged television product – is no longer a major focus for the company.

Instead, Apple is said to be prepping a “less ambitious” set-top box for later this year.

Content, rather than hardware, is a sensible focus for Apple. We’ll keep you updated with further information concerning the above as we receive it.

Update. The Information claims in a new report that the next-generation Apple TV is expected to include a "dramatically overhauled interface," enhanced Web integration, and a "big emphasis" on gaming. Apple has reportedly been asking iOS developers to optimize their apps for the Apple TV in a move that would see iOS devices used as controllers. Bloomberg Businessweek has also weighed-in on the matter, noting that "big things" stand in the way of such an Apple-Comcast deal. 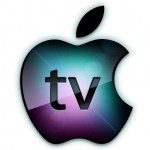 The Next Apple TV Is Likely To Focus On Gaming, Be The Size Of A Google Chromecast