Vertex, the “Mission Control for iOS” package that we told you about last month, has launched in the Cydia Store and can be downloaded for $1.49.

Based on Bill Labus's Mission Control iOS concept, the new jailbreak tweak moulds the iOS app switcher and Control Center together in one single interface. Once installed, users can simply swipe up from the bottom of their iOS device's screen in order to access open apps or toggle Control Center's options.

It's definitely a more convenient setup, and accessing the app switcher using a gesture rather than a double-press of the Home button (something that jailbreakers can also achieve using Activator) is much easier.

As mentioned, you can pick up Vertex for $1.49 in the Cydia Store, and it's optimized for both iOS 7 and ARM64-devices.

If you're interested in improving Control Center with a jailbreak tweak or two, consider downloading CCLoader, CC Desperator, CCNowPlaying, CCClockOpenToAlarm, Define for iOS 7, and Grabber. You can also check on our list of “jailbreak”-tagged articles by clicking this link.

See also: Showtime Sync 3.0 Brings iPhone Support, iOS 7 Redesign And New Features, Tim Cook Said To Be Attending The Opening Of Turkey's First Apple Retail Store, and WeTransfer Lets You Simply Transfer Photos And Videos Of Up To 10GB On The Go. 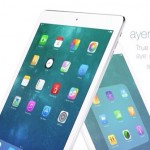 Cydia Tweak: The Popular Ayeris For iOS 7 Launches For iPad 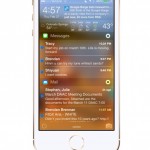 Cydia Tweak: Intelliborn Launches IntelliScreenX For iOS 7
Nothing found :(
Try something else