Apple is set to open its first Turkish retail store in Istanbul on Saturday, April 5, and now a handful of images taken of the new retail venue have surfaced online.

The store features a striking all-glass exterior and as we’ve explained before, it’s located in Istanbul’s high end Zorlu Shopping Center. Apple’s new store is indeed scheduled to open its doors this coming Saturday, and CEO Tim Cook is expected to attend the Grand Opening along with Turkish president Abdullah Gül.

As a reminder, Turkey got its own Apple Online Store back in November, and before this, Prime Minister Recep Tayyip Erdoğan visited a handful of Silicon Valley companies – including Apple, Google, and Microsoft – in order to seek out suitable mobile devices for a new education initiative.

The Turkish government then purchased millions of iPads for Turkey’s public schools.

See also: Phil Schiller Testifies As Apple Seeks $2 Billion In Damages From Samsung, Now Anyone With An Apple ID Can Create An iAd, and Apple Launches Updates For All Of The iWork Applications. 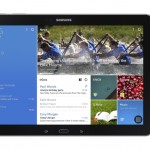 Russian Officials Have Ditched Apple's iPad For Samsung Tablets
Nothing found :(
Try something else