First noticed by The Loop, the Bentley Mulsanne ad was reportedly shot in New York City using an iPhone 5s and subsequently edited on Apple’s iPad Air. It’s worth adding that a series of accessories – including iPhone lenses, mounts, and cases – were also used in order to create a more stylized effect.

In terms of editing, Apple’s iMovie iOS software was used alongside an external keyboard – the filmmakers were even able to complete most of the editing work from the back seat of a Bentley car.

Of course, this isn’t the first time Apple’s iOS devices have been used as professional cameras: in September last year, we explained how fashion label Burberry shot an entire show using only Apple’s iPhone 5s.

In a press release for the London event, Apple explained at the time:

Then in February, we also heard that the Academy Award-winning documentary “Searching for Sugar Man” was partially shot using an iPhone 5s, too.

Apple’s current-generation iPhone has an impressive camera, for sure, but if recent reports are right Cupertino is looking to further improve this area of its smartphone through increasing its pixel size to 1.75 um (from 1.5 um).

See also: Flappy Bird Developer Gives Us A Sneek Peek At His New Game, Apple Allowing Developers To Give Out Promo Codes For In-App Purchases, and KeroBlaster Is The Challenging Retro Side-Scrolling Platformer Where The Frog Means Business. 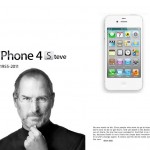 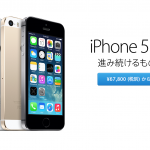