You are using an outdated browser. Please upgrade your browser to improve your experience.
by Joe White
June 16, 2014
Besides featuring a bigger, sapphire-coated screen, Cupertino's upcoming iPhone 6 handset -- or handsets -- could also offer users an ultra-high resolution "Quad HD" (QHD) display. At least, that's if a Hong Kong-based source quoting "Apple employees" has it right. The news came to us from GforGames, which published a recent article addressing last week's Weibo iPhone 6 leaks (citing information from SteveNotes.hk). As you may remember, images of a purported iPhone 6 handset were posted user to dreamerJimmy's Weibo account (shown in the above lead image and below). Though we'd been unsure at the time whether the images pictured a mockup device or an actual handset, GforGames' source explains that the smartphone pictured is indeed an "iPhone 6 Beta" unit sent by Apple "to its various facilities around the world."

More so, the tricky bit is that, according to the sources, each sample unit can be easily identified by a set of unique particularities, reason why the handset hasn’t already been leaked more extensively via other sources.

However, the report gets even more interesting. Because according to the same source, the iPhone 6 (presumably the 4.7-inch device, which is the variant discussed throughout the article) will also feature a Quad HD display, as previously rumored. The move would see Apple's iPhone 6 offer users the best display seen yet in an iPhone handset. Though unfortunately, little else concerning the anticipated ultra-HD display was mentioned. We'll keep you updated with further information as we receive it. See also: ShopKeep POS App For iPad Now Lets You Transact With Open Checks, Trese Brothers’ Star Traders 4X Empires Has Left Its Space Dock For The App Store, and WebMD 5.0 Connects To Your Fitness Devices To Help You Reach Your Healthy Target. 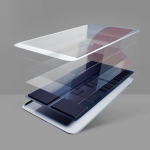 Apple Rumored To Have Enough Sapphire For Both iPhone 6 Handsets, iWatch 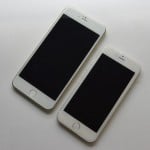 See Apple's 4.7-Inch And 5.5-Inch 'iPhone 6' Models Side By Side In These Mockup Photos
Nothing found :(
Try something else