You are using an outdated browser. Please upgrade your browser to improve your experience.
by Aldrin Calimlim
June 28, 2014
Modern Combat 5: Blackout is highly anticipated to be launched this summer. And with its release just around the corner, the game has just been teased anew by its developer and publisher, Gameloft. This time, as reported by Touch Arcade, Gameloft has touted the upcoming first-person shooter for its use of an advanced graphical technology called screen space ambient occlusion (SSAO). First applied to video gaming in Crytek and Electronic Arts' 2007 Windows game, Crysis, SSAO is a rendering technique that adds more realistic detail and depth in graphics. Here it is, as used in Modern Combat 5, in GIF-powered action: 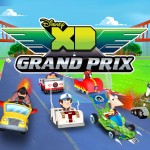 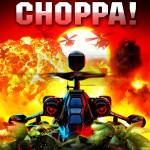 Bulkypix Raises Heli Hell With This New Chopper-tastic Vertical Shoot-Em-Up Game
Nothing found :(
Try something else