Another name has been attached to the cast of the upcoming Steve Jobs biopic.

According to Deadline, Katherine Waterston, who most recently starred in “Inherent Vice,” has been offered the role of Chrisann Brennan, the longtime partner of the late Apple cofounder and CEO.

Waterston’s other notable appearances include her feature film debut in “Michael Clayton” and her recurring role in the HBO TV series “Boardwalk Empire.” The latter’s cast also include Michael Stuhlbarg, who recently signed on to play former Apple employee Andy Hertzfeld in the Jobs movie.

Another interesting connection: Waterston is the daughter of Sam Waterston, who is part of the cast of HBO’s “The Newsroom,” which was created by the Jobs film’s screenwriter, Aaron Sorkin.

Sorkin based his script on the authorized “Steve Jobs” biography written by Walter Isaacson. According to Sorkin, the film will require only four shooting locations: “two auditoriums, a restaurant and a garage.” The script is said to be composed of three 30-minute acts, each taking place before a major product launch spearheaded by Jobs.

For the yet untitled film, Jobs is set to be portrayed by Michael Fassbender, with Seth Rogen attached to take on the role of Apple cofounder Steve Wozniak. Jeff Daniels, who leads the cast of “The Newsroom,” has been rumored to play former Apple CEO John Sculley.

Last week, it was reported that Kate Winslet had been in talks to take on the female lead role in the movie. It’s unclear, though, whether that role pertains to the one just announced for Waterston.

Other key female roles that are yet to be cast include that of Lisa Brennan-Jobs, Jobs’ first child and daughter of Chrisann Brennan, and that of Joanna Hoffman, the chief marketing person of Apple’s original Mac team.

Either was reportedly offered to but ultimately turned down by Natalie Portman last month. Portman notably starred in “No Strings Attached” opposite Ashton Kutcher, who portrayed Jobs in last year’s critically panned “Jobs.”

The upcoming Jobs biopic is set to be directed by Danny Boyle, with shooting scheduled to begin next year. The production is being handled by Universal, which took over the project after it was dropped by Sony last month. 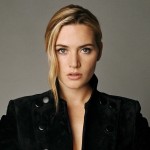 'Titanic' star Kate Winslet in talks for female lead role in upcoming Steve Jobs biopic
Nothing found :(
Try something else