You are using an outdated browser. Please upgrade your browser to improve your experience.
The Mobile Radio & Record Player
by Aldrin Calimlim
January 21, 2015

Apple has acquired Semetric, the British startup behind the music analytics service Musicmetric, apparently as part of its rumored relaunch of Beats Music.

“In documents filed with Companies House earlier in January, Semetric’s registered address was changed to 100 New Bridge Street in London – the office of law firm Baker & McKenzie, which is also the registered address of Apple Europe Limited,” The Guardian reports. “Meanwhile, senior Apple attorney Gene Levoff was appointed as a director of Semetric in October 2014, according to another published through Companies House in January.”

Reached for comment, Apple responded with its boilerplate remark on its acquisitions: “Apple buys smaller technology companies from time to time, and we generally do not discuss our purpose or plan.” Semetric, though, declined to comment.

Apple is expected to incorporate Musicmetric into its plans to relaunch the Beats Music streaming service that it bought as part of its $3 billion acquisition of Beats Electronics last year.

Rumor has it that, amid intensifying competition with the likes of Spotify and declining figures in digital music sales, the company is working to halve the service’s $10 monthly subscription fee and start integrating it into iOS and iTunes later this year.

With Musicmetric, Apple could provide its partner labels and artists on Beats Music with its own tool for tracking valuable user engagement data, including streams, downloads, sales, and followers. It could also use Musicmetric to show listeners the top artists and songs based on those and other variables. 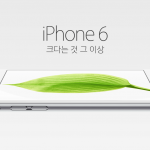 Apple's smartphone market share in Asia boosted by iPhone 6 and iPhone 6 Plus
Nothing found :(
Try something else