You are using an outdated browser. Please upgrade your browser to improve your experience.
Pocket Gaming
by Joe White
April 15, 2015

We’ve seen role-playing games (RPGs) designed for the incoming Apple Watch, and sports games made exclusively for Cupertino’s wearable, too. Now, a new game from WayForward, the developer behind a bunch of iOS titles, promises to bring a classic adventure game to the Apple Watch. However, once again, there’s a twist.

Called WatchQuest, the game indeed sees Apple Watch owners partake in an adventure on their smartwatch. Though, in a smart move, players choose their hero, equip weapons, and set off on a journey using their iOS device. The journey itself, however, is then played out on the smartwatch either “actively” or “passively,” according to the developer. This gameplay choice is the player’s to make, and in a recently published announcement post, WayForward explains:

Gameplay revolves around choosing a hero and equipping them on the iPhone, and then guiding the Hero via the Apple Watch as he or she travels lands, battles monsters, solves puzzles, and searches for treasures. Players are invited to play passively by selecting longer, easier quests and outfitting the hero up front – or by taking on more difficult quests which require foraging for items as you go.

It seems WatchQuest is due to launch on April 24, the same day Cupertino’s Apple Watch begins reaching customers, and it’ll be free to download (with in-app purchases unlocking additional adventures). Once available, the app will join a number of further games designed for the smartwatch, including Runeblade (an RPG) and Watch This Homerun (a baseball-themed game). In both cases, developers seem to have opted for a shorter, more intensive, quick-fire mode of gameplay for their Apple Watch-designed games, and in each case we’ve celebrated developers for this decision.

Gaming on the Apple Watch might be a semi-controversial subject, but through adopting a new mode of gameplay it seems developers can create Apple Watch games which are perfectly suited to the device. 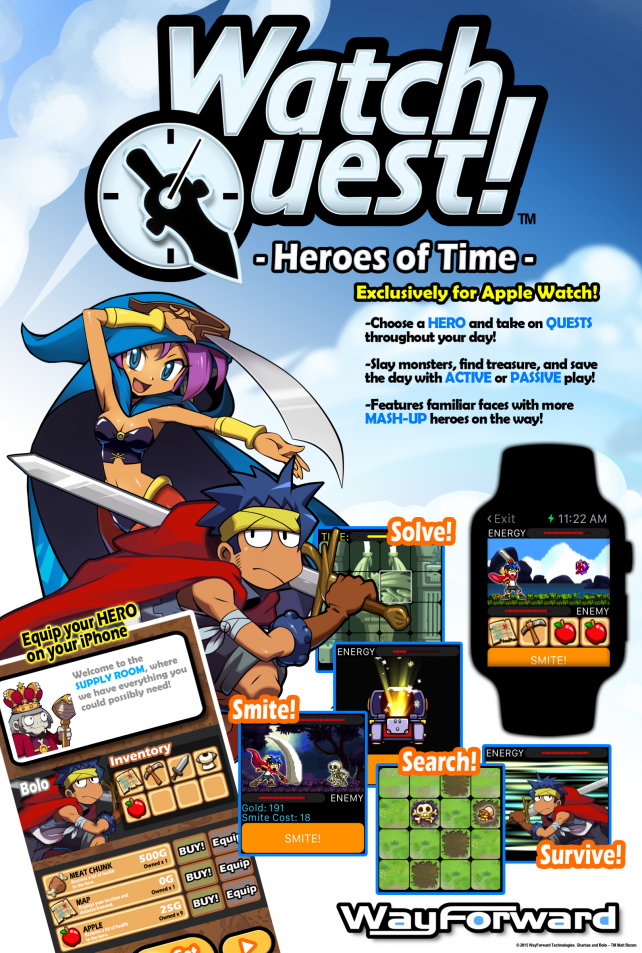 As mentioned, WatchQuest is expected to launch on the App Store (and on our Apple Watches) come April 24, and it’ll be a free title. We’ll let you know once it’s available to download.

In the meantime, see: Paper by FiftyThree updated with cloud backup and activity center, Finally, you can now play Hearthstone: Heroes of Warcraft on your iPhone or iPod touch, and Expect more upgrades to the iPhone’s camera as Apple has acquired LinX Imaging. 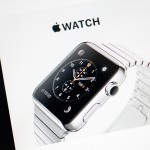 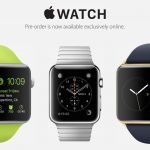