You are using an outdated browser. Please upgrade your browser to improve your experience.
biteSMS 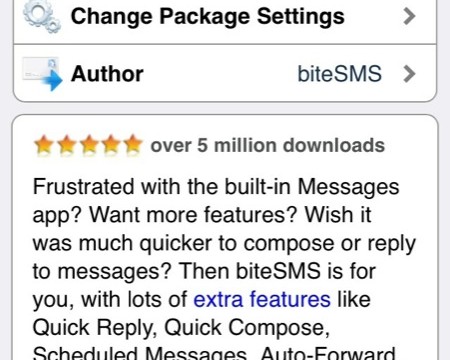 Cydia Tweak: biteSMS Gets Its Long Awaited Update For iOS 7

Looking for a Messages app replacement? Check out biteSMS 8.0. 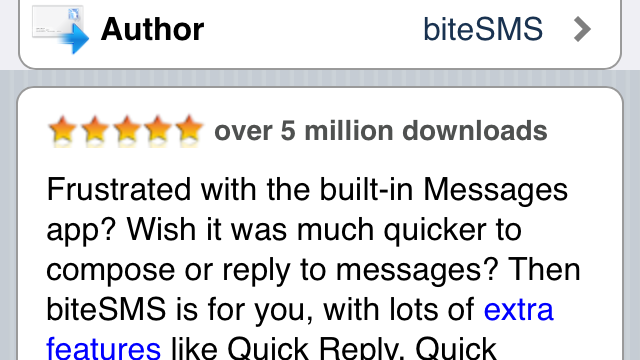 Good news iPhone 5s users: biteSMS has been updated for the A7 processor. 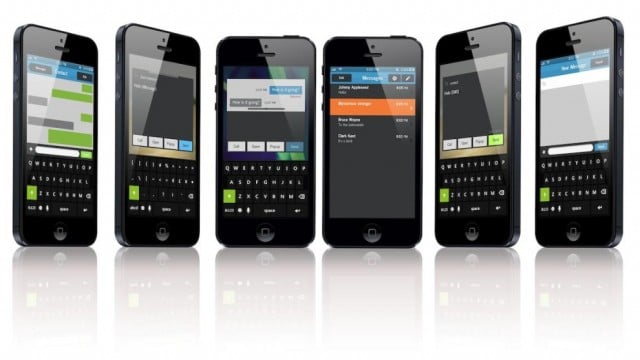 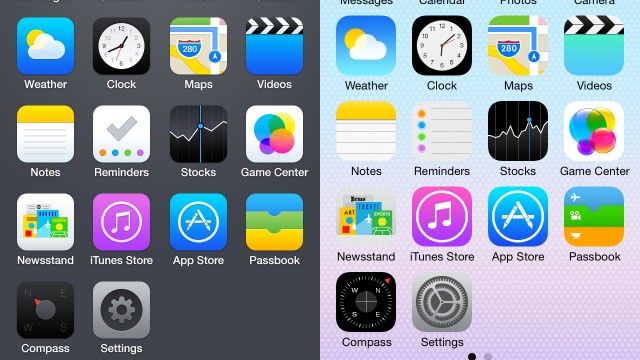 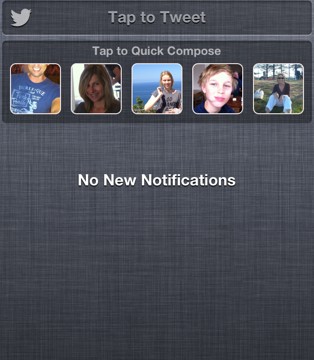 The Messages-replacing jailbreak app, biteSMS, has just received an update. 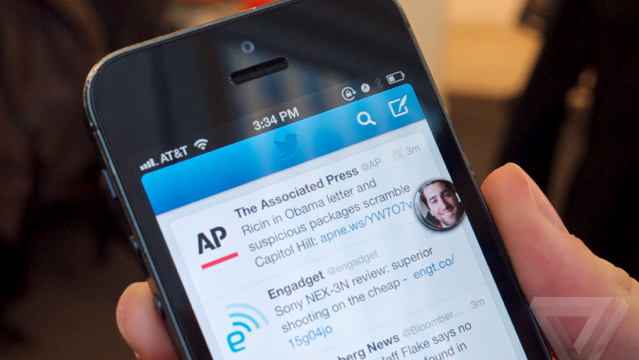 The popular jailbreak app biteSMS is to receive Chat Heads-like functionality in a forthcoming update. 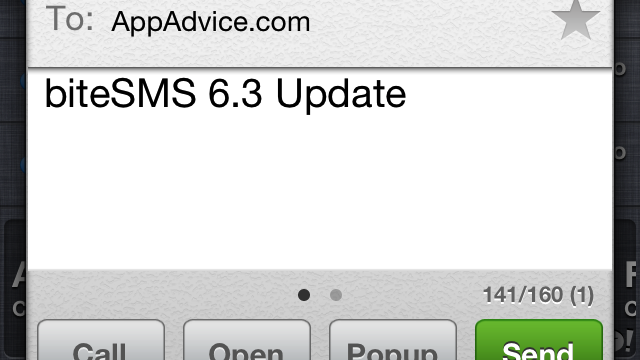 Great news, folks: biteSMS, the popular Messages-replacing jailbreak tweak, has recently been updated to version 6.3. Now, jailbreakers can take advantage of a bunch of new Notification Center features, and can apply new themes to the biteSMS app. Finally, a series of important bug fixes have also been made to the $9.99 jailbreak tweak. 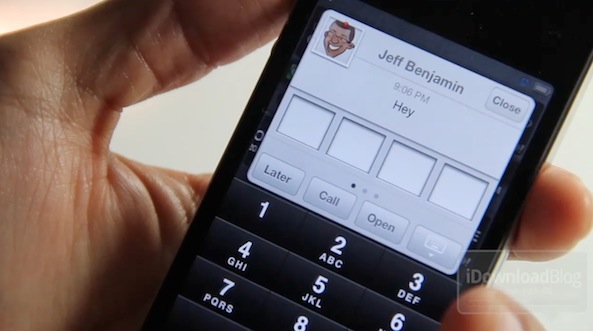 The popular Messages-replacing jailbreak app, biteSMS, has recently received an update. Now, fans of the app can take advantage of new theme options, and can enjoy a smoother experience thanks to a number of important bug fixes made in version 6.3.10 (or beta 10) of biteSMS. 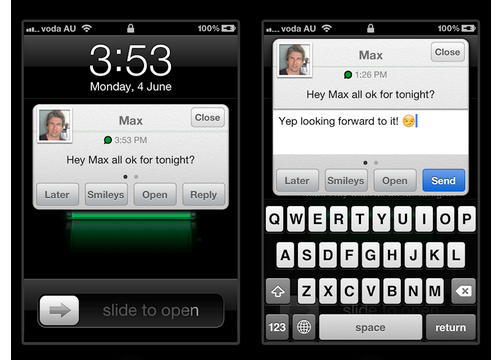 Jailbreak Only: Quick Reply For WhatsApp - Does Exactly What It Says On The Tin

A new jailbreak tweak from the makers of biteSMS allows users to quickly and easily reply to WhatsApp messages, according to iClarified. 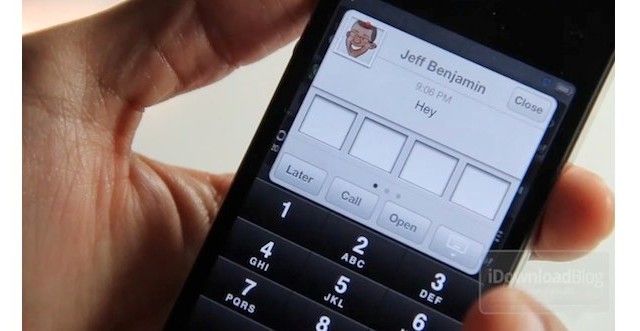 Jailbreak Only: biteSMS 6.0 Officially Launches - Get It Now

A major update to the popular messaging jailbreak package biteSMS has recently launched in the Cydia Store. Furthermore, since the original launch of biteSMS 6, the package's developer has pushed out another update (6.1) that adds a couple more exciting features.

Jailbreak Only: biteSMS Updated - Best SMS Experience Out There?

If you were looking for a reason to jailbreak your iPhone, then read on to find out about biteSMS. This great app (which is available in Cydia), is probably the best jailbreak application I've ever encountered. Click the headline to discover why...

September 23 Joe White
Nothing found :(
Try something else