You are using an outdated browser. Please upgrade your browser to improve your experience.
iDevices
by Bryan M. Wolfe
April 5, 2017

“Technical issues” are likely to delay the launch of Apple’s next iPhone until October or November. The Chinese-language Economic Daily News report (via Digitimes) is the second in recent weeks to note that Cupertino’s upcoming 5.8-inch flagship device won’t arrive in September, as once expected.

The iPhone 8 (or “iPhone Edition“) is expected to feature an all-new OLED edge-to-edge display and 3D sensing front camera system. Unfortunately, according to the report, Apple has run into problems with these features in the manufacturing process.

Technical issues related to the lamination process of curved OLED panels, and the adoption of a 3D sensing system may cause the delay of the new iPhone devices, said the paper.

On March 3, Digitimes claimed that a new fingerprint ID on Apple’s next iPhone would push the start of production on the device into September, meaning that the device wouldn’t arrive until October or November. The same report said the long-rumored “iPhone 7s” and “iPhone 7s Plus” would enter production in July.

Since 2012, Apple has announced new iPhones in September. In each case, from 2012 through 2016, the announced handsets were released to the public before the end of that month. Assuming the multiple reports are correct, this could be the first time since 2011 when an iPhone release date was pushed into October or beyond. That year, the iPhone 4s was announced on Oct. 4 followed by a public release 10 days later.

This time around, again assuming these reports are correct, Apple would likely announce all three new iPhones in September, but hold off launching the iPhone 8 until later.

For more on the likely 2017 iPhone lineup, take a look at our updated round-up. 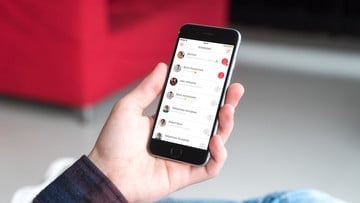 Schedule Text Messages With the Scheduled App for iPhone