You are using an outdated browser. Please upgrade your browser to improve your experience.
by Christine Chan
March 17, 2017 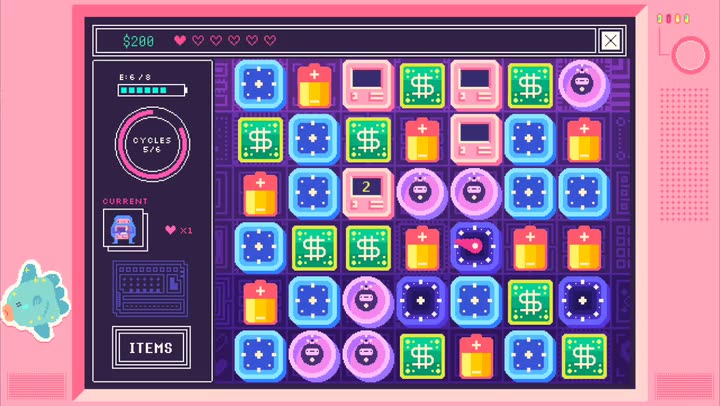 Beglitched ($3.99) by Alec Thomson is a quirky puzzle game about insecurity and hacking. If you love computers and solving puzzles, then Beglitched is definitely one you don’t want to miss out on. It’s similar to other games like 868-HACK and makes you feel like Adam Jensen of Deus Ex.

A lot of my gaming time these days is spent in Breath of the Wild on my Nintendo Switch, but there’s no denying it — there have been a plethora of great iOS games that have come out as well. When I’m not exploring the vast world of Hyrule and solving puzzles in shrines, I like to take a break and chill with my iPhone for a quick, bite-size gaming session. If you have followed my work here at AppAdvice, you’ll know that I’m a big fan of puzzle games, especially when they bring something distinctive to the App Store. Puzzles are my favorite because they make me use my brain, and there’s nothing that tops the rewarding satisfaction you get when you finally figure out the correct solution, even if it takes you a while. When I saw Beglitched on the App Store, I was intrigued by it due to the fact that it involved computers, but it was also pastel and seemed like nothing I’ve played before. Plus, it’s also made by the same developer of Swap Sword, which is a game I enjoyed quite a bit, so I had to check it out. After figuring out the basics, I’m hooked. 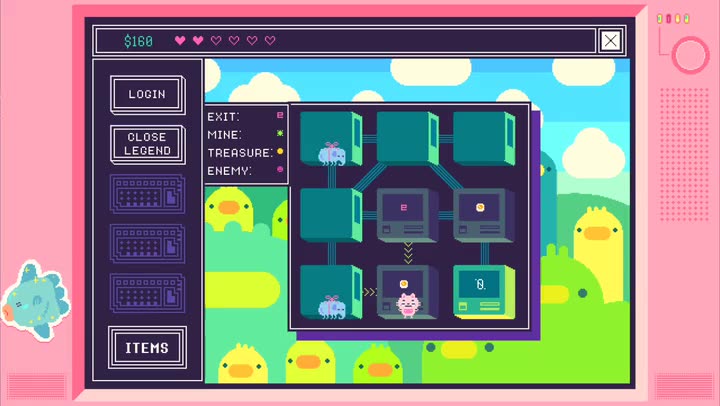 The visual style in Beglitched is unique and follows along with some of Thomson’s other games, as it features a pixelated aesthetic that is downright cute and charming. Despite the pixel art, Beglitched is rather detailed in the fact that the entire game is essentially a computer simulation, and players feel like they’re really hacking on an old-school laptop computer with the pop-up dialog boxes and file systems. The character sprites, icons, and puzzle pieces are bursting with their own bubbly personalities and it’s pretty easy to figure out what the symbols on the puzzle pieces are for. The color palette of Beglitched is definitely eye-catching with the mixed myriad of pastels and brights, and it all meshes together nicely. Animations are smooth and fluid, so I had no issues with lag on my iPhone 7. There is an ambient, atmospheric chiptune soundtrack that is an absolute delight to listen to, and the realistic computer sound effects are just icing on the cake if you’re into computers at all. Overall, Thomson has done another excellent job in terms of visuals and audio with Beglitched, and it’s well worth the cost of admission alone to experience them, in my opinion.

Since Beglitched simulates an alien computer that your character stole from a famous hacker named Glitch Witch, the “levels” in the game are actually programs on the Desktop. At the moment, there appear to be about seven levels to play through, and each has several sections to solve and battle through. Only the first one is available at first, with the rest of them locked. You’ll have to successfully hack your way through the first stage in order to unlock the next one, and repeat the process to get all of them. Things get progressively more difficult at a gradual pace as you get deeper in the computer. I did find the game a tad confusing at first, but once I started to tinker around with it, I figured it out just fine.

On each section of a program, you’ll want to go around the insides of the computer and find any hidden nodes that light up — these can contain various items or portals that take you to the next area. Others can have enemies on top of them, of which you must defeat in a battle of wits on a puzzle grid that’s a mix of Minesweeper and Bejeweled. Watch out for eggs though, because it will scramble the layer you’re on and you’ll have to pretty much restart.

Controls in Beglitched are simple enough. To move around on the node map, just tap on the one you want to move to. Sometimes the paths to it are pretty straightforward, but other times you’ll have to hit up multiple nodes before reaching the one you want. This means the possibility of an enemy encounter if you aren’t careful, so be prepared. 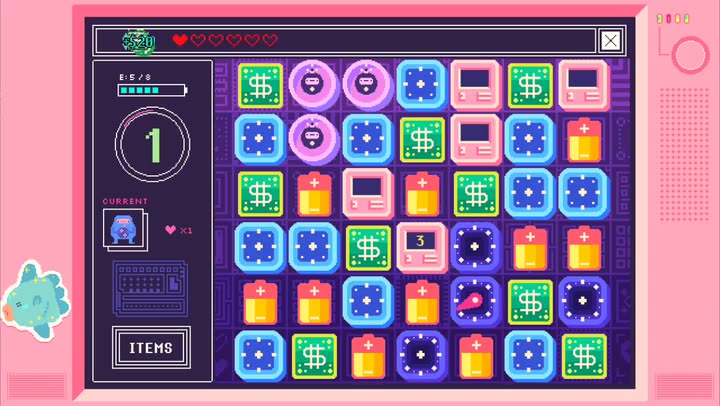 During enemy encounters, the screen changes to a grid of puzzle pieces, similar to what you would find in match-three games like Bejeweled. Your opponent will be hiding in a spot on the board, and it’s up to you to find them and use the bomb piece to expose and defeat them. Swap pieces by touching and dragging them to an adjacent spot. However, to find the enemy, you’ll have to use the computer and compass pieces pinpoint their location, and these are activated with a tap (then just hold down on them to check again). You get several cycles of actions on each turn before the enemy attacks you, but you also have to make sure that your energy levels are sufficient enough to take action as well. To recharge, just match up three or more batteries. Some pieces can create a bigger, more potent piece by combining four or more, and it’s possible to create chain reactions to snuff out the hackers. Each time the opponent gets an attack in, you lose a heart — once all hearts are gone, you lose and will be booted out to the Desktop. If you can successfully solve the puzzles and survive the battles in a program, then the next one unlocks and you repeat the process.

The game does provide some helpful hint text if you get stuck, but there aren’t any obvious solutions given to you, so you still have to do the majority of the problem solving here. Like I mentioned earlier, I was a bit confused when I first started playing, but with a bit of time and practice, I’m getting the hang of the game, and it’s rather addicting. There’s also a good amount of humor in the game, which just adds to the awesome factor. I mean, come on, you can’t be such a leftclicker with this clever title.

I’ve only unlocked the second program so far, but I’m enjoying my time spent with Beglitched. The pixel graphics are endearing, the soundtrack is fun to listen to, the sound effects add a realistic layer to the charming and quirky game, puzzles are fairly challenging, and the combination of Bejeweled and Minesweeper for battles is an interesting take that keeps you coming back for more. From what I’m reading in iTunes reviews, the game is not too long, but it does make you think hard on some parts, so it’s not something you can just breeze through.

If you’re a fan of puzzle games and computers, but also want something fresh and new, then I highly recommend giving Beglitched a try. You can find Beglitched on the App Store as a universal download for your iPhone and iPad for just $3.99. There are no in-app purchases. 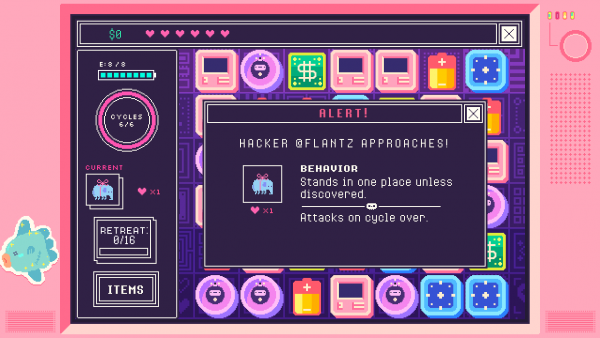 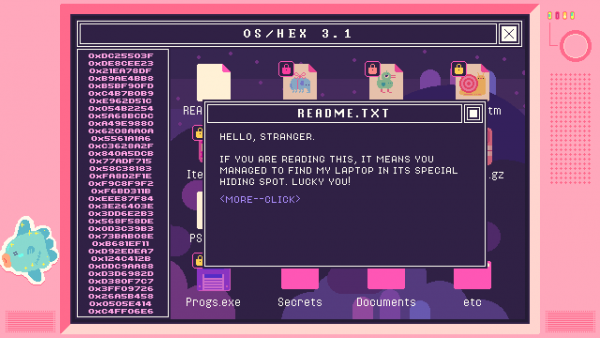 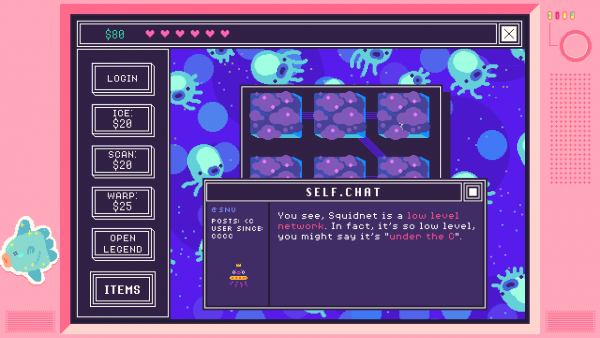 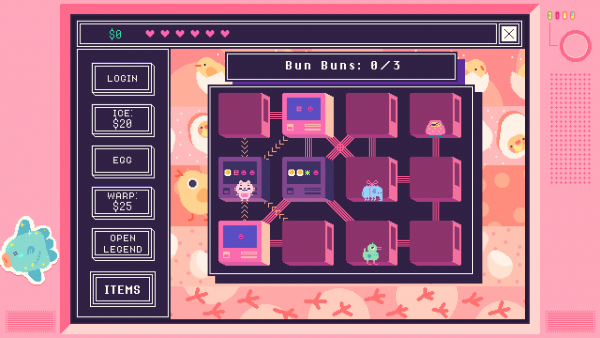 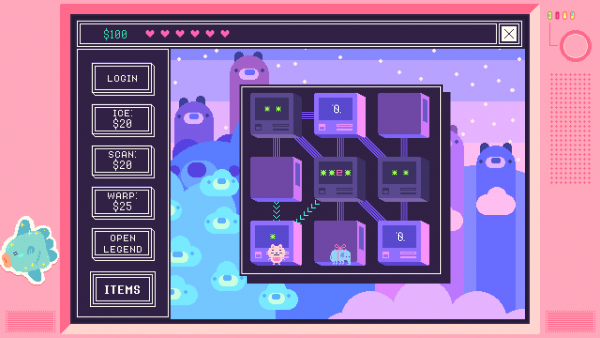 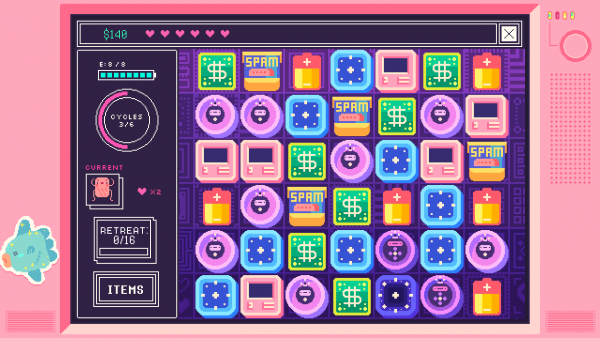