You are using an outdated browser. Please upgrade your browser to improve your experience.
by Christine Chan
March 24, 2017 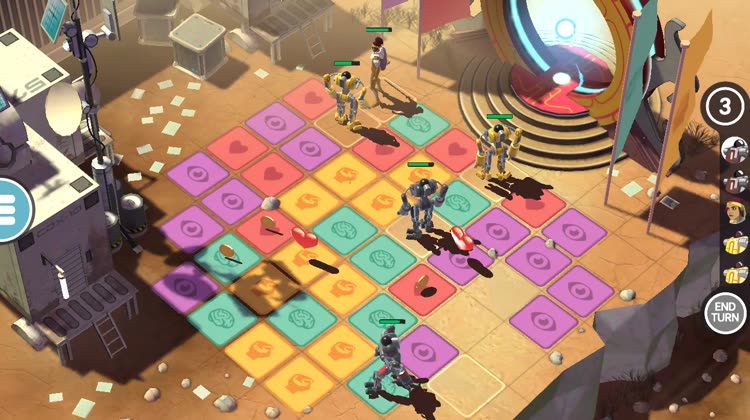 Ticket to Earth ($3.99) by Robot Circus Pty Ltd is a unique mashup of a match-three puzzle, RPG, and a turn-based tactical strategy game. If you enjoyed other hybrid games like Solitairica, Beglitched, Tavern Guardians, and Card Thief, then you will love what Ticket to Earth brings to the App Store.

During my tenure here at AppAdvice, I’ve gone through hundreds of iOS games, and some of my favorites include match-three puzzles, RPGs, and strategy. While these types of games individually flood the App Store, it gets boring when everything is basically a re-skin of one another, without much differentiation. Fortunately, there are developers out there who feel the same way, and have taken the time and effort to create distinctive games that are mashups of genres that you don’t normally think would go together. That’s why when I saw Ticket to Earth on the App Store, I was intrigued by the concept as I saw it in the screenshots. I’ve finally had some time to dive into the game after a lot of Zelda, and I have to admit that Ticket to Earth does not disappoint. 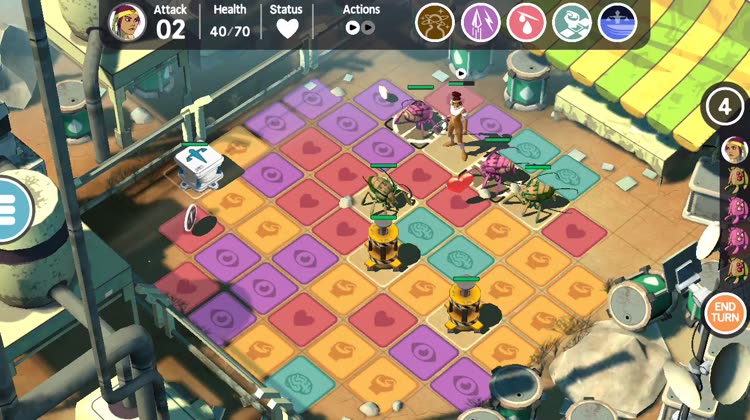 Visually speaking, Ticket to Earth has a beautiful art style that makes me think of quality animated cartoons. The quick dialogue exchanges between characters really tell the story well and also breath life into everyone, especially when they show off their various facial expressions and emotions. The environments of New Providence are incredibly rich in detail, and the textures give everything that extra bit of “oomph” to pop out on the screen. The stages feature an isometric grid view with bright, color-coded tiles with icons that are easily recognizable from each other. Character models on the puzzle grid have realistic motions, and the overall animations in Ticket to Earth are smooth and fluid with no lag on my iPhone 7. Cutscenes are styled like comic panels, and the dialogue is quick and gets the point across, though you can skip them entirely if you want. The game also has a techno-vibe soundtrack that is engaging and immersive in the futuristic world, and the sound effects are a nice touch. Overall, Robot Circus did an excellent job with the visual and audio design of Ticket to Earth.

Since Ticket to Earth is a strategy puzzle RPG game with a rather deep sci-fi storyline to tell, players will have to go through all of the levels in chronological order as the events unfold. However, after a certain point in the game (don’t worry, it’s pretty early), you’ll unlock optional side missions that you can do for extra credits (in-game currency) that can be used to purchase better combat powers. It’s nice being able to continue the episode’s storyline quests if you want to beat the game, or going for quick-play type missions for extra cash if you want. At the moment, Ticket to Earth only has the first episode, but it will have a total of four episodes, which will be coming in future updates.

Regardless, each stage will have its own primary objective, and if you want a real challenge, there is always a secondary set of goals to strive for if you want even more rewards, such as the talent tokens for getting each objective. The primary mission always varies, and includes things like “Defend the garden,” “Defeat a certain number of enemies,” “Survive for five rounds,” and more. The secondary set includes things like “complete with full health,” “use all combat powers to defeat enemies,” and more. I like this quest system, because the variety always means something different.

The controls in Ticket to Earth are simple and intuitive, and should feel natural if you’ve played these types of match-three puzzles before. Each level features a grid of various colored tiles that have icons on them. To move your protagonist, Rose, around on the grid, just trace a path from her to adjacent tiles (the paths can also be diagonal). In typical match-three fashion, the longer chain of tiles you connect, the better, as the number of tiles adds to Rose’s attack power. By default, you start at one, and it can go up to 20, but getting hit by enemies will reduce it slightly (along with your health). To attack an enemy on the field, just tap on them when you are next to them, but beware — you only get two moves per turn before the enemy can make their move. 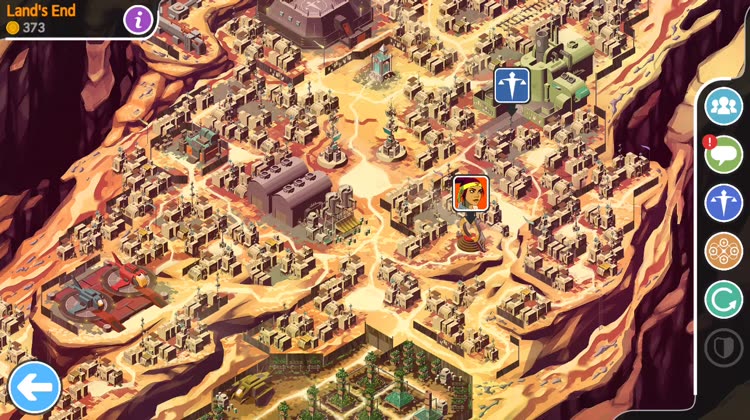 As I mentioned earlier, you do get combat powers early on in the story, and these are special skills that you can use in battle to make things a bit easier. There are four colors of tiles on the field, and they represent Hand (yellow), Eye (purple), Heart (red), and Mind (green). When you collect the tiles along your path, you’ll fill up the gauge for your powers at the top. Once they’re filled, you can tap on them to activate them for things like both close-up and ranged attacks, converting tiles to another, crippling your foes, and more. You start out with pretty basic powers in the beginning, but you earn credits for successful missions and these can be used to purchase even better abilities in the shop.

Eventually, you also uncover the talent tree, where you can spend the tokens from successful mission objectives for passive abilities for Rose that increase her survivability and powers in battle. As you get further along in the talent tree, you’ll need more tokens, so if you missed previous goals, you can go back and replay them for another chance. Today’s update also adds the ability to re-spec Rose’s talents if you change your mind about your path.

I only started Ticket to Earth today, but I’m thoroughly enjoying it so far. The graphics are stellar, the music and sounds are amazing, and the controls are straightforward and intuitive. The mashup of match-three puzzle RPG and tactical strategy works out incredibly well, and the game is challenging with high replay value. The variety in mission objectives also offers up something new for each mission, so it’s not always the same thing for every level. And if you like a good dystopian sci-fi story, then Ticket to Earth has that too. And for what it’s worth, the RPG aspect of the game, in terms of character skills and upgrades, is surprisingly in-depth. Ticket to Earth is a keeper, and is one of the more enjoyable titles that have been released so far this year (and it’s been a good year for games).

I highly recommend Ticket to Earth. You can find Ticket to Earth on the App Store as a universal download for your iPhone and iPad for just $3.99 (40 percent off) for a limited time. There are no in-app purchases, and there are iMessage stickers included. 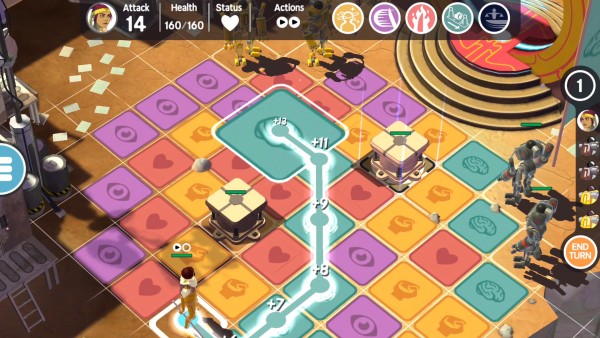 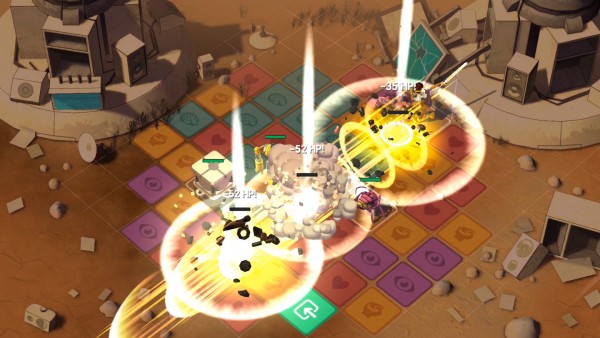 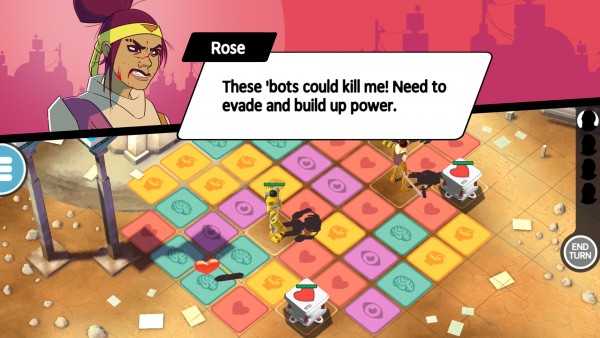 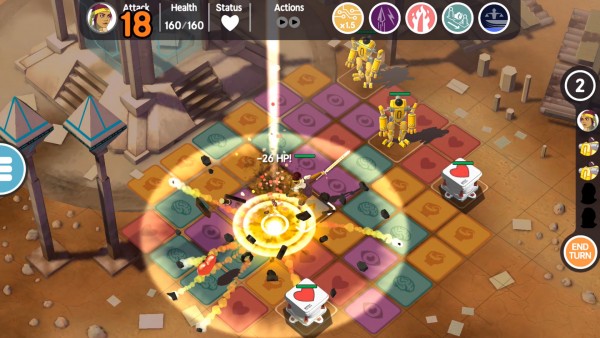 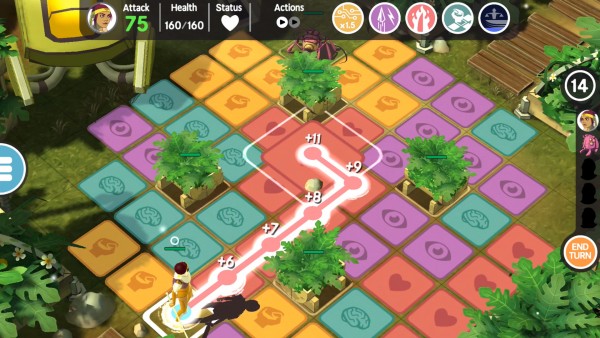 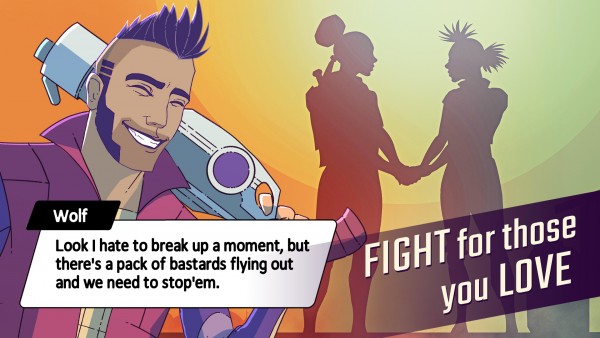 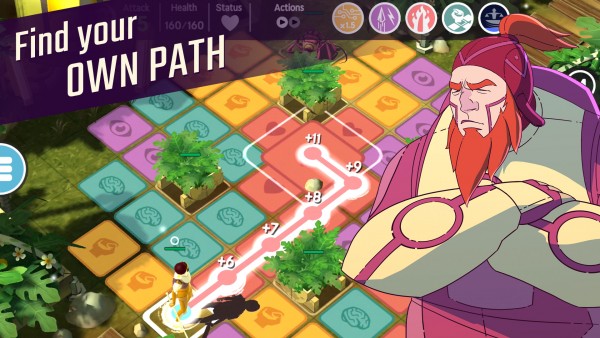 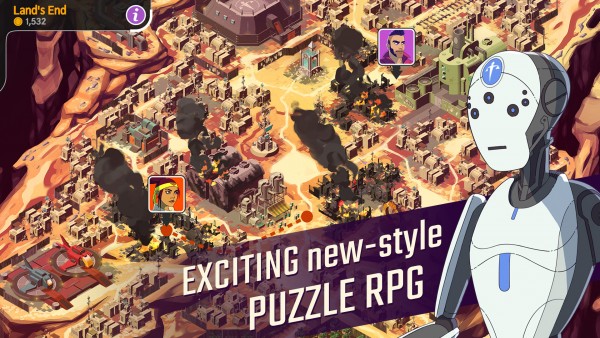 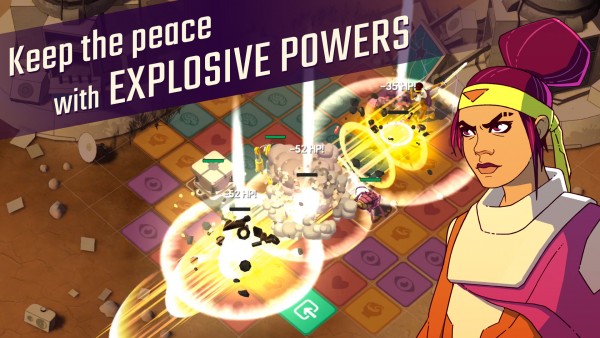 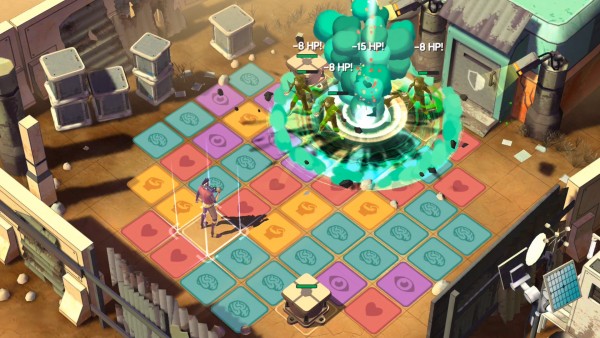 Magic: The Gathering - Puzzle Quest gets more heroic and more rewarding
Nothing found :(
Try something else