You are using an outdated browser. Please upgrade your browser to improve your experience.
by Brent Dirks
February 26, 2013
A little more than two years after launching as a free iPhone app, Instagram announced today that more than 100 million people per month actively use the photo-sharing social network. Co-founder Kevin Systrom marked the occasion with a blog post:

Now, nearly two and a half years later, over 100 million people use Instagram every month. It’s easy to see this as an accomplishment for a company, but I think the truth is that it’s an accomplishment for our community. Now, more than ever, people are capturing the world in real-time using Instagram—sharing images from the farthest corners of the globe. What we see as a result is a world more connected and understood through photographs… Images have the ability to connect people from all backgrounds, languages and cultures. They connect us to aid workers halfway across the world in Sudan, to entrepreneurs in San Francisco and even to events in our own backyards. Instagram, as a tool to inspire and connect, is only as powerful as the community it is made of. For this reason, we feel extremely lucky to have the chance to build this with all of you. So from our team to the hundred million people who call Instagram home, we say thank you. Thank you for sharing your world and inspiring us all to do the same.

Since being purchased by Facebook almost a year ago, the service has seemingly reached new heights. At the beginning of 2012, there were only 15 million users. But that number ballooned to 50 million in early April 2012. While the number of users has almost doubled in around 10 months, there is still the little question of how Instagram will ever make money. After a Facebook vice president admitted in December that ads will eventually be appearing in Instagram feeds, the company had to play damage control to a controversial change to its Terms of Service. Instagram also expanded its Web presence earlier this month allowing users to view their feed from Instagram.com. 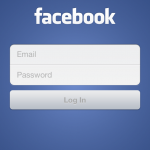 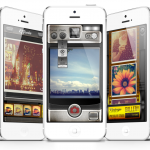