It seems the evad3rs took all of us by surprise - including Cydia creator Jay Freeman (@saurik) - when the group of hackers released their evasi0n7 jailbreak tool for iOS 7, because Cydia’s MobileSubstrate hasn’t been updated for 64-bit iDevices (nor had the Cydia app’s design, at the time). Now, however, Freeman has spoken out about the transition from 32- to 64-bit, and has discussed his ongoing work on updating MobileSubstrate for Apple’s newer iDevices.

Freeman told iDownloadBlog: “All of Apple’s programs are [now] 64-bit and will require 64-bit extensions. Luckily, an extension can trivially be both 32-bit and 64-bit in the same way apps can, but this will require the developer to recompile them.” All jailbreak developers are waiting for is an update to MobileSubstrate, and Freeman then went on to explain the part MobileSubstrate plays in this process:

Substrate is a platform for injecting code into another process, and a library that injected code can use to modify its host program. Any “tweak” that is in fact a “substrate extension” (or anything attempting to be remotely as powerful as a substrate extension) will have to be recompiled.

The publication adds that “Freeman neglected to provide an ETA for the MobileSubstrate update, citing that he wouldn’t give one even if the release was five minutes away.” Though given that an iOS 7 redesign for the Cydia app reached jailbreakers a mere two days after evasi0n7 was first released, most of us are expecting the MobileSubstrate update to launch in the near future.

There are already a bunch of iOS 7-compatible jailbreak tweaks, and even more - including biteSMS 8.0 - are incoming. Following the launch of evasi0n7, the discovery of a Chinese application store within the jailbreak tool prompted security concerns. The evad3rs responded with a couple of open letters and soon removed the app store - called TaiG - from evasi0n7 entirely.

We’ll let you know once an update for Cydia’s MobileSubstrate launches.

In the meantime, see: PicsArt Photo Studio 3.0 Features New Design And Navigation For iOS 7, Apple Offers “Once Upon A Time” Pilot For The Second Day Of Its 12 Days Of Gifts, and Researchers Claim Snapchat Still Isn’t Secure, Security Flaw Exposes Users’ Phone Numbers. 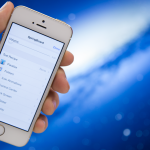 Jailbreak Only: How To Enable iOS 7 Hidden Springboard Settings On iPhone 5s 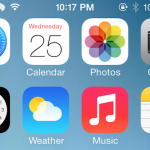 Popular Jailbreak Tweak Zeppelin Gets Updated For iOS 7
Nothing found :(
Try something else