You are using an outdated browser. Please upgrade your browser to improve your experience.
by Brent Dirks
March 13, 2014
Apple’s iOS 8 will apparently look a lot like iOS 7. Screenshots of the unreleased software were recently leaked on Chinese microblogging service Weibo. Most importantly, we’re getting our first look at new icons for four new apps – Healthbook, TextEdit, Preview, and Tips. While we’ve heard about Healthbook for a while, news of the next two apps hit earlier today. TextEdit and Preview are being designed to let iOS users read those specific types of files from iCloud. It’s unknown what the Tips app will be used for. The icons for Preview and TextEdit look to be lifted straight from their OS X counterparts, and may change before iOS 8 is officially announced - probably at WWDC in June. Along with an image of the new app icons, the Weibo account also posted a shot of the iOS 8 homescreen and Settings menu. According to 9to5Mac, the screenshots are legitimate, which makes the leak even that more intriguing. Apple is reportedly also testing a separate iTunes Radio app and and a improved Maps app for iOS 8. For other news today, see: You Can Finally Replay Coldplay's Performance From The iTunes Festival At SXSW, For The First Time, Amazon Raises The Price On Prime Membership, and As Of Its 6.1 Update, Apple TV Can Search For AirPlay Over Bluetooth. 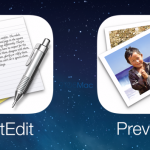 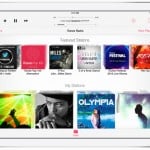 Is Separating iTunes Radio From Apple's Music App The Right Way To Go?
Nothing found :(
Try something else