You are using an outdated browser. Please upgrade your browser to improve your experience.
by Aldrin Calimlim
May 27, 2014
Every new iOS device in 2014 will come equipped with Touch ID, according to KGI Securities analyst Ming-Chi Kuo. In a new research note to investors (via MacRumors), Kuo says the so-called iPhone 6 (in both its rumored 4.7- and 5.5-inch sizes), iPad Air 2, and iPad mini 2 are likely to carry the fingerprint-scanning security feature. "Apple’s Touch ID module should see shipments soar 233% in 2014," Kuo notes. "Considering shipments of new products and iPhone 5S sales last longer than in 2013, we forecast unit sales of the fingerprint sensor module to grow 233% to 120mn for 2014." Last month, Kuo issued a research note predicting the arrival of Touch ID to the next iterations of the 9.7-inch iPad Air and the 7.9-inch iPad mini with Retina display. Then, earlier this month, it was reported that the first Touch ID sensors for the two upcoming tablet models and the iPhone 6 had been provided by Taiwan Semiconductor Manufacturing Company (TSMC). Of course, Touch ID has been expected to come to more iOS devices since its introduction on the iPhone 5s last year. See also: Will Apple Stores Soon Feature A Touch ID Based Payment System?, The Best Touch ID Jailbreak Tweak Just Got Its Biggest Update Yet, and The One Feature We All Know Apple Will Be Adding On The Next iPad. 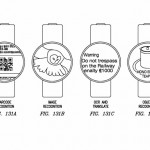 Apple May Unveil A New 'Smart Home' Software Platform At WWDC
Nothing found :(
Try something else