The folks at Livescribe Inc. have just pushed the button on a useful update for the Livescribe iOS app, Livescribe+. Now, users can set one or more of their physical Livescribe notebooks to “auto-send” with an Evernote account, meaning you’ll always be able to gain quick and easy access to your notes using Evernote’s service.

If you’re not familiar with Livescribe, the Livescribe 3 “smart pen” was reviewed here at AppAdvice back in November. Using a built-in mini-camera and dedicated “dot paper,” the smart pen can send handwritten notes in real-time over to the Livescribe+ iOS app. From here, users can share their notes, save them to a Mac or PC, or edit them digitally.

As we concluded in our review:

Livescribe 3 is an impressive, usable product and we’re pleased with what it offers. The smart pen is great, the companion application works well, and the dot paper provides a few useful features.

Though Livescribe+ users always had the ability to manually send their notes to Evernote, today’s update allows iOS device owners to automate the process. If you have one or even a couple of notebooks which are particularly important, enable the auto-send feature now from within Livescribe+ and your notes will never be out of reach.

In related news, Livescribe announced a software development kit (SDK) for their smart pen in February, and at the time, Outline – the notebook app for iPad – received an update adding support for the SDK.

Livescribe+ for the iPhone, iPad, and iPod touch can be downloaded free of charge. 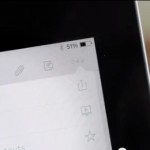 Evernote Makes Meetings Even Easier With A New Presentation Mode 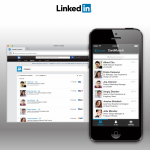 LinkedIn Discontinues CardMunch, Partners With Evernote For Business Card Scanning
Nothing found :(
Try something else