Build a winner in fantasy football this year

It's the most wonderful time of the year. No, it isn't Christmas; it's time for football to finally return. America's favorite sport operates on two dimensions, real football and fantasy football. For the former, all you need to do is tune in and watch your favorite team and hope they snag a playoff spot, a super bowl berth, and then a championship. For the latter, it's an intense game that provides a way to prove you're better than your friends. Fantasy football is a game of monetary prizes, risk and reward, strategy and randomization. You need to be well informed, you need have a plan, and a backup, and another after that. Winning a fantasy football league is no walk in the park. Hopefully with the right apps, you can gain a leg up on the competition and maybe, just maybe, win the ever so sought after fantasy championship.

In fantasy sports, RotoWire is THE source for information. It operates independently under the mantra: "Your premium source for fantasy sports." This assistant doesn't disappoint. It's the best app for player and team news, rankings, depth charts, and so much more. It's sure to help you week to week in your fantasy league. The organization is excellent and easy to navigate. But simply, the plethora of fantasy knowledge makes this a must-have, if you've got the money. Surely a $100+ investment on a fantasy league could justify a $10 app purchase.

The most important part of the fantasy season is undoubtedly the draft. It's a three hour period in which the path of your entire season is decided. You can always manage your team in-season, but a good draft puts you in a position to win the whole league. For success, you have to nail the draft. So be sure to check out NFL.com's Draft Kit. It's simply the best of the best, with well-organized information full of anything you need to know. It has rankings based on value, points, average draft position, and more. This is the number one draft kit with everything you need and nothing you don't.

When you think about football, ESPN is likely one of the first news sources you'll name. In addition to running fantasy leagues, ESPN is a wealth of news and information. I've always run my friends' leagues through ESPN, and the app has always been average. However, this year ESPN came up big and really pushed the envelope. The app is beautiful with well-organized news stories, fantasy advice and articles, and helpful videos to get help you pick that FLEX position. Of the three biggest clients to host your league on, ESPN deserves it this year. 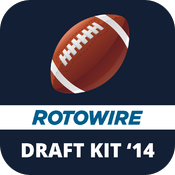 Like I mentioned earlier, RotoWire is the #1 fantasy news source. Their draft kit unloads a ton of information. They give you anything you may need to operate with your draft. It's an extremely helpful app for you or anyone who wants to research and be ready for their draft. The setback of this draft kit is that the layout is a little confusing and takes a while to get used to. I used it in my draft, but I had plenty of time to adjust to it. It truly is a great app, and if you love RotoWire, don't skip this one.

In season, management can make or break a season. You'll need a good tool to get you latest player updates and help you win your match up. Set lineups, make trades, and strategize week in and week out all the way to the playoffs. This app gives you plenty of information to make informed decisions for the betterment of your fantasy team. It doesn't have quite as many features as RotoWire's Assistant, but for half the price, it gets the job done well.

With the importance of a fantasy draft, you'll need a good way to figure out your strategy going into the war room. This app includes a great mock draft tool that helps you to figure out who will be available at your picks, who is the most valuable guy on the board, and so on. It also gives you a few articles to help you think outside of the box in terms of drafting. The setback of this app is that it doesn't provide too much information in terms of player news and team news. If you want this app, I recommend getting the sister app above, FootballGuys Magazine, and running the two apps side by side.

Yahoo is known as much as a hub for fantasy sports as it is for its search engine. This app gives you the power of all their tools and wraps it into a slick interface. If you need drafting practice, you can run through endless mock drafts. When you’re ready to select your league, the app opens the main Yahoo website for the initial setup. This is cumbersome but once you’ve joined a league, you stay in the app. Yahoo provides transactions, league message boards, all player statuses, and every match up to week 14. This app can send push notifications for players on a bye or when injured. Yahoo! is a beautiful fantasy client, but doesn't have the sheer amount of news, info, and statistics that ESPN has. 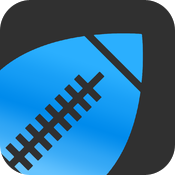 Draft Oracle is the most aesthetically pleasing Draft Kit on the AppStore. It brags simplicity and beauty, and deservedly so. It may not have the amount of help for your draft you may need, but if you want a cheap, Draft Kit alternative to RotoWire, or NFL etc., grab Draft Oracle and do your draft your way. 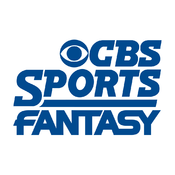 This app from CBS Sports takes you right into all the news you'll need for your fantasy team. A simple layout and great navigation gets you player news and tons more. An entire section of the app is dedicated to fantasy advice. News articles load in-line and there is a decent amount of information. As a fantasy client, it's a bit bare. But as a news source, it's a free app that certainly can't hurt.