Bring your favorite talk shows and music with you

Like they've done for so many other forms of media, apps have transformed radio. Whether it's traditional radio stations, or those made for Internet only, apps have become a popular way to access these audio streams. It's worth mentioning that Apple has released iTunes radio which will be sufficient for the casual user. If you're looking for something more, this AppGuide should help you pick a new favorite. Navigating radio apps can be confusing, as personal radio services now offer customized playlists and a greater amount of user input. This AppGuide features the best radio apps available, including apps with traditional radio stations, Internet radio stations, and personal radio playlists. It does not cover subscription-based on-demand music services, such as Spotify, Mog, or Rdio.

The Stitcher app is hands down the easiest, most comprehensive, and organized radio app out there. My favorite part is when you begin with the app, you can select all realms of talk radio you enjoy. This ranges from genres (comedy, political, etc.) to stations (NPR, ABC, etc.) and more. Based on what you select, Stitcher creates a front page that directs you to live shows relevant to your interests. This interface is clean and easy. Want music, not just talk? Easy, Stitcher allows for local music stations along with its massive array of talk radio shows. This is a must-have for any iOS radio listeners.

TuneIn Radio Pro is not a massively popular app, but it does what it does very well. With over 50,000 stations and 120,000 shows to select from, this universal app is an essential one for those looking for radio on their iOS. There is also a free version of the app (linked below), but the paid version offers the killer feature of being able to record the station you're listening to. Both the free and paid version allow you to pause or rewind live shows.

Owned by Clear Channel Communications, iHeartRadio features more than 800 live broadcast and digital-only radio stations. While this number may seem small compared to the thousands of stations offered by other apps, the stations offered here are among the country's best and most popular. In addition to its catalog of live radio stations, iHeartRadio also allows the listener to create custom radio stations, based on a song or artist. Aside from audio considerations, the app is also well designed, in that it's organized and easy to navigate. Because of its selection, program quality, and combination of both live and custom radio, iHeartRadio earns an essential spot in this AppGuide. 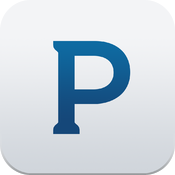 Pandora is a great app for music discovery, but it's not unique in what it does. You select an artist, song, or album, and it generates a station that plays similar music. As mentioned, other services, such as iHeartRadio and Slacker, provide a similar service with added features. Fans of Pandora will likely stick with Pandora, and that's understandable. Pandora's a good app, but, in this writer's opinion, there are better ones available.

Slacker Radio is similar to Pandora in that it allows users to generate personal playlists, based on an artist, song, or album. Like Pandora, it also offers genre-based stations. What sets Slacker apart is its personal touch. Instead of relying on a computer algorithm, it hires respected DJs to program its radio stations. It also offers more than just music with customizable news, sports, and comedy stations. With a paid subscription, it also offers on-demand music streaming.

Xtend Fm has fairly poor App Store ratings, but I sort of like it. The key to appreciating Xtend is that this app doesn't provide numerous local channels. What it offers is a small handful of good internet channels with popular content, packaged together in a classic radio interface. You can assign channels to one of six presets for convenient switching. The programs load quickly and come out clear. This app will not be for everyone and will not be worth the cost for some, but it's better than its low ratings indicate. 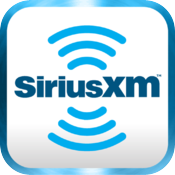 If you are a SiriusXM subscriber, then you'll want this app. It offers some nice functions, such as TuneStart, which can play a song from the beginning, even if you switched to the station mid-song. You can also go back in time up to five hours to listen to previously broadcast programming, or pause what you're listening to and pick up where you left off. This Sirius app is useless for non Sirius-subscribers, but it's certainly worth it for those that subscribe.

The best way to describe this app is "feature rich." It has a lot of things that users will appreciate in a radio app. Recording? Check. Song Lyrics? Yes. Link to related YouTube videos? You guessed it. Perhaps the best feature of the app is its "Radio RooLette," which lets the listener get a bird's eye view of what songs are playing at any given time. Because the app crams in so many features, its user interface can sometimes feel a bit clunky and complicated. I don't love using this app, but its features make it worth a mention.

Out of all the apps on this list, Radio Alarm may be the best looking, in terms of design. Radio Alarm takes the look, feel, and function of an old-school radio alarm clock. This app is powered by SHOUTcast radio, which gives it access to more than 45,000 radio stations, including some fantastic international stations. It has a few issues, for example, the app doesn't naturally fade out when another music app is opened. You can't listen to some top American stations. It also doesn't have as many features as some of the other apps. Still, in terms of overall package, this was an acceptable radio option. 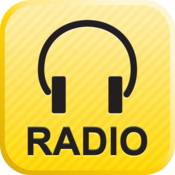 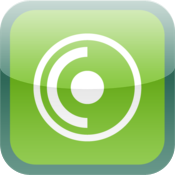 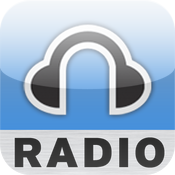 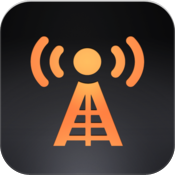