Stream To Your Apple TV With These AirPlay-Enabled Apps

If you are an iDevice owner, the Apple TV is a great little gadget to have. Not only does it let you access photos, music and video content in up to 1080p HD, it also expands what you can do with your iDevice. With AirPlay, you can stream content straight from your iPad, iPhone or iPod Touch to your big screen television. There are a number of apps that are AirPlay-enabled, which means that they are optimized for use with the Apple TV. This AppList collects some of these apps, which aren't simply AirPlayed for AirPlay's sake; they demonstrate new dimensions of functionality, through their interaction with the Apple TV.

The first app deserving mention is the app that Apple created specifically for use with the Apple TV. The remote control that comes with the Apple TV is silver, sleek and a pain to use. It's annoying to find and input text, one letter at a time. The Remote app allows you to use your iDevice keyboard to type out your titles and login information. You can also use it to control iTunes from anywhere in your home. If you just purchased an Apple TV, go and download it now.

The Apple TV is a wonderful way to watch video, but it's not always easy to locate content you want to watch. That's where a video aggregator like Squrl comes in. You start by choosing personal video channels aligned with your interests. You can also link to your Facebook and Twitter accounts to view videos posted by your friends. The app then collects these videos in an easy to navigate layout. Best of all, AirPlay allows you to watch the video on your television, while you continue to browse other videos on your iDevice. Remember to change your privacy settings if you don't want the world to know what you're watching. 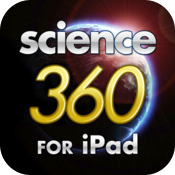 Science360 is like a virtual science museum. Because of its interactive 360 view and large selection of video, the app fits well with the increased space of an actual television screen. Other than its images and photos, the app also collects breaking news from institutions funded by the National Science Foundation. I am a fan of apps that make education accessible. This app does that and makes it entertaining too. 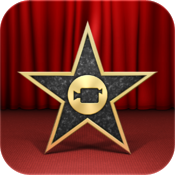 Instead of watching other people's videos, you may want to make your own. Apple's own iMovie is still the standard for that. You can create your own videos or movie trailers, set them to music and edit them to your heart's content. Like most of Apple's apps, iMovie makes what can be a challenging process fun and accessible. Apple TV only enhances what is already a great app. It is a satisfying thing to watch your creations on the big screen. 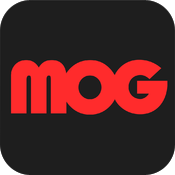 Other than video, another natural use of the Apple TV is streaming music. Mog is my app of choice for on-demand music. I basically queue up whatever I want to listen to and the Apple TV allows me to hear the sounds from my TV speaker system, instead of the iPad's built-in speakers. Mog does require a monthly subscription, however. Some good free options for AirPlay-enabled music streaming are Slacker, Pandora, iHeartRadio, SoundCloud and Vevo HD, the last of which also offers music videos.

Digital artists should appreciate using Sketchbook Pro with the Apple TV. This professional grade paint and drawing app is enhanced by the use of the Apple TV as an additional canvas with which to behold one's creations. It's also a great way for a casual observer to witness the artist at work. 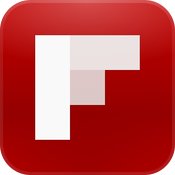 I personally don't like reading articles on my television screen. It just feels weird to me. But some people may enjoy it, so I decided to include a news app on this list. Flipboard is well regarded as an app that brings stylistic design to news reporting. This focus on aesthetic serves the app well when ported to the Television. I set the font to the largest possible and it almost makes the news reading experience on my TV as good as it is on my iPad. Almost.

I debated between this game and Real Racing 2 HD as the game representative for this list. Both featured what I was looking for in an AirPlay-enabled game, which were good graphics and immersive controls which let you focus on what was happening on the television screen, instead of simply mirroring the iPad screen. Real Racing 2 is the bigger name, but I decided to go with this app because I experienced slightly less lag and found that any lag I did experience did not impact my enjoyment of the game as much. Both are good examples of the potential of gaming with the iPad and an Apple TV.

You may be concerned that the Apple TV will turn you into a massive couch potato. Remember that your iPad can also help you lose weight. It's not always ideal to use your small iPad screen for a workout; it becomes more viable when you can stream that workout to your television. I found some of the free workouts somewhat cheesy, but there are hundreds more to choose from, at fairly reasonable prices. One disadvantage to the app is that you can currently use the app with an Internet connection only. However, the app states that downloads are coming soon.

Finally, I should probably mention that AppAdvice is also AirPlay-enabled. Now, you can send pictures and embedded videos from our articles straight to your television; you can also read the articles on your TV, if that's your thing. I personally tested our app by streaming an episode of AppAdvice Daily to my HDTV, through my Apple TV. As awesome as Robin Rhys is on your iDevice, I can personally testify that she's even more fabulous on the big screen.