Get your comic geek on with these apps

Comics by comiXology is the standard for digital comic platforms. With its Guided View technology, readers can experience traditional comic reading in a fresh new way, it's almost as if you are watching a movie. ComiXology is also the engine that powers the standalone apps from top comic publishers, such as DC and Marvel. Naturally, books from all these publishers and more are available in ComiXology. With its many free offerings, extensive library, and growing collection of comic books available on the same day as their print counterparts, ComiXology has helped transform the comics industry. It should be noted, however, that you cannot purchase comics through this app. They will have to be purchased through the comiXology website and once they are, you are able to download them to your device through Comics for your entertainment.

A comic file reader like Comic Zeal lets you import files in popular comic formats, such as CBZ, CBR, and PDF. It also allows you the flexibility to read scanned versions of your own print comics, buy large digital collections, or download from sites. 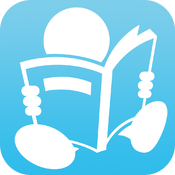 Comic Zeal is a popular comic reader, but ComicGlass makes for an excellent alternative. In some ways, it's better. While Comic Zeal has an arguably better interface and reading layout, ComicGlass offers more customizable options, enabling you to personalize your experience. This can be both a positive and a negative because you can cater ComicGlass' layout to your preference, but it can get quite cumbersome to get those settings right. Both Comic Zeal and ComicGlass are worthy comic file readers. Comic Zeal has more immediate appeal, but ComicGlass can surpass it if you're willing put in the work needed to make it your own.

Zap-Kapow! A Guide To Comic Books In Your Pocket

Has the digital revolution has convinced you to sell your comic collection? You'll want to have Zap-Kapow! on your iDevice to learn what your books are worth. There are a variety of criteria by which you can search and organize your books. A great feature of the app is its ability to save comic book cover images directly to your camera roll, making it a great, indirect way to decorate your iPad with excellent comic wallpapers.

Comic Geeks is similar to PullList by comiXology. It tracks comics and gives you sneak peaks of the hottest titles that will be hitting your local shop each week. Discover new comics by publisher and release date, add them to your pull list, then keep track of your collection. This is a very sleek and easy to use app that helps you stay on top of your hobby. 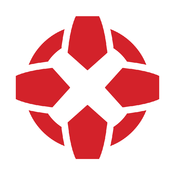 IGN is known for video games, but it also offers high quality comic book coverage. Simply open the app and you will be asked a few personal questions so that the app can cater to your tastes. One of the topics that you can checkmark is comics. From the upcoming tab, you can see what is coming out and save the date, view the feed, and follow the feed. Also, based off of what you check-marked when you initially opened the app, you should be able to view each topic's respective feed. It's not a dedicated comic app, but comic lovers will enjoy the articles, and that's not even counting the video game ones.

Speaking of video games, there are some really good comic-inspired iOS games (as well as some not so good ones). One of the best is Batman: Arkham Origins. Tap and swipe your way through enemies all while upgrading Batman's abilities to take on bigger foes next time. Aside from the fact that Batman is arguably one of the most popular superheroes around, the game is beautiful. 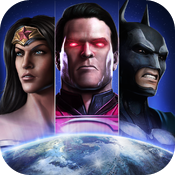 Injustice: Gods Among Us

But wait! Batman: Arkham Origins isn't the only beautiful comic-inspired game out there. Injustice: Gods Among Us is another beauty to take in. You start off with a team of three superheroes (or villains) and fight an opposing team made of the same. You will be tapping and swiping your way through enemies in this game, too, with the occasional power ups here and there. After every battle, you earn coins that you can use to upgrade your team members or buy other characters to join your team. The artwork is amazing and the game can get quite addicting if you aren't too careful.

by Not A Basement Studio JSC
FREE More info

Japanese manga is a close cousin to American comic books. There are certainly stylistic differences between the two, but a fan of American comic books will generally be a fan of manga as well, or at least appreciate it. Manga Rock features thousands of manga and is free, although there's an in-app purchase to upgrade to the full version, allowing you to download as much manga as your heart desires and removing those pesky ads. Manga Rock is a great manga reading option for both casual comic fans, as well as the extreme otaku (used to refer to someone obsessed with anime or manga).

Instead of reading comic books, you may want to create your own. ComicBook! allows you to do just that, using your photographs and a wide array of comic styled image filters, captions, and multi-panel layouts to make you the hero of your story. Please note, however, that underneath the quirky exterior of this app is a solid photo editing app with a lot of features. The app may use comic books as its namesake, but is not confined to that context. It's enjoyable in its own right. 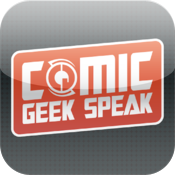 So far, all the apps mentioned have been highly visual. This is understandable, since the subject is comic books. The final app on this list may be the comic geekiest of them all, yet you don't see a thing. Comic Geek Speak is a podcast focused on, you guessed it, comic books. The hosts are knowledgeable, passionate, and naturals at conveying their passion to their listening audience. You can find this podcast on iTunes and podcast apps as well. However, just as comic purists prefer original issues over trade paperbacks, you may enjoy listening to the podcast on CGS's standalone app.