Apps For Making A Movie

With the increased technological specs of the iPhone 4S and iPad 3, more people than ever are turning to their iDevices to capture timeless moments in their personal lives and beyond. Furthermore, the 1080p HD resolution of the iPhone 4s (and as of this writing, presumably the iPad 3) gives many aspiring film makers a viable option to help them realize their imaginative story ideas in a respectable format. Add to that the many apps available to enhance your creativity and you suddenly have the tools necessary to make not only some stellar home movies, but potentially the next great independent film. If you are a filmmaker who has considered using your iDevice to film your next project, then you should consider using the following apps to help you on the road to Oscar glory. 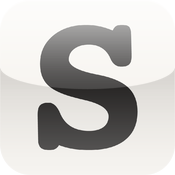 Before you start the film making process, it is never a bad idea to take a look at some of Hollywood’s most well regarded screenplays for formatting basics and presentation. It's important to note that any film ever made started with a good screenplay. Scripted allows you to sort through over 200 screenplays. You can pick apart classic films and scenes to see how they originated on paper. Paying particular attention to scenes with limited dialogue (the restaurant assassination in the Godfather or the little boy happening upon the creepy twins in The Shining, to name a couple) really lets you appreciate how much a screenplay tells a visual story. Read and learn from the best before you move forward. 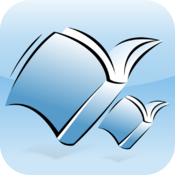 You're going to need to do a good amount of writing as part of the process of making a film. Storyist allows you to create your characters, settings, and general ideas as well as allowing you to actually write your screenplay. There is also an index card feature to help you organize your scenes and swap them out with others to set the basic spine of the story you are going to tell. Although the script writing portion of the app is not the best out there, combined with the other features this app offers, it's a great tool to help line up the events and background of your story. Storyist also features Dropbox support, which is always a plus. 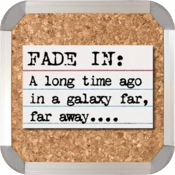 Now that your film idea has a central plot and premise and you've begun to develop your characters, it's time to flesh them out and really start putting your narrative together in a linear fashion. IndexCard takes the index card feature featured in Storyist and pumps it full of steroids. Here you will be able to easily rearrange plot points, paradigms, dialogue and scenes with the intuitive touch interface. Not happy with the the lousy dialogue you wrote for a pivotal scene? Re-write some new dialogue on a new card and simply swap it out with the old card. Want to see if your story flows better with the girl dumping the guy before the prom instead of after it? No problem. Just rearrange your scene cards and see if it helps create a good plot point that will lead into your final act. Includes Dropbox and Scrivener support.

You've hammered out the details of your story and plot lines and now you are ready to write your screenplay. Enter ScriptWrite. Now, it's worth mentioning that scriptwriting is a bit tricky when it comes to Hollywood. There are endless debates on proper formatting and spacing and countless other issues. The screenplay you are writing is going to be for YOUR film. Not to be sent off to get lost on some executives desk. In other words, it doesn't have to be perfect. That being said, ScriptWrite is a more than capable tool for laying out your story in screenplay format for your cast and crew to study. Formatting is nice and intuitive. The options to export/import with Final Draft 8 and Movie Magic Screenwriter 6 mean that you can continue to work on your desktop screenplay in a portable fashion. External keyboards via bluetooth are also supported. Add Dropbox and PDF compatibility and you will have the ability to make changes on the fly and keep everyone on the same page.

If you want to save time and really lay out your shots ahead of time then you will want to have storyboards for your film, particularly for more complex shots where you want to use framing and camera movement as a way of conveying subliminal emotional impact to your audience. With Storyboard Premium you are afforded a number of pre-drawn images to manipulate such as humans, trees, furniture, doors, and many other common props. You can also import images from your camera roll. Although many will feel that the number of options are limited in this app, if you are looking to create a basic sense of camera angles, positions and blocking before you have your live talent in front of you, this app will definitely help you to be more prepared and will prevent having your cast and crew standing around twiddling their thumbs.

Filmic is a solid camera app that will bring out the best in your iPhone video camera. It includes a double reticle mode that independently controls focus and exposure settings, a maximum resolution of 1920x1080, FPS settings, as well as color bars, white balance and a slate option. The Super 35 matte option will give your film that cinematic wide screen look as well.

There are quite a few time lapse apps in the market but I personally find this one to be among the best, namely because it's universal. Time lapse is something that is used to convey the passing of time whether it be literally or metaphorically. The flexibility of this app allows you to set the interval at which frames are captured as well as setting a straight timer that will let the camera capture for the selected time frame. Using this app creatively, such as capturing clouds shifting or shadows stretching, will add a sense of poetry and intrigue to your story.

TiltShift Video allows you to create some unique shots that create a blurring effect around the central focal point of your shot. You can even get creative and blur the main subject of your shot for emotional effect. It could also be used to create some interesting establishing shots as well. The ability to import your completed scenes into it assures that you won't have to keep resetting the app for each take. This is a good post-production app that will add some flavor to your film.

Sometimes you may want to have a slow motion shot for dramatic effect or to perhaps to slow down time to create a greater sense of emotion or suspense. With the Slowmo app, you have the ability to import your video (or use the stock app camera) to help create this effect. A nice feature is the ability to maintain the sound pitch while having the slowed down footage, or to have the audio stretched to synchronize with the actions captured. When used effectively and sparingly, adding slow motion to your project can help you add additional layers to the way you tell your story. 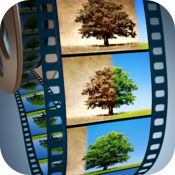 If your film requires some flashback sequences, you will more than likely want to give the viewer some subtle visual clues to let them know that what they are watching occurred in the past. You can always opt for the tried and true black and white shot or you can add a little character to your flashback with OldVideoPro. Allowing you to import your video ensures that your original frame aspect remains intact. There are currently only three filters to choose from and you are pretty much at the mercy of the output of the app (as is the case with most of these video effect apps) but then again, old time cameras were never known for being very predictable with their output. There are other old style footage apps that allow you more options, however those apps require you to film with the native camera in the app. So, I prefer this app for its ability to import.

This app allows you to import your video and select from a number of nice looking filters to enhance the cinematic look of your film. You are able to see a sample frame with the effect applied before you commit to the filter. Once selected, you have the option to tweak the filter settings and see the changes in real time. The render times are lengthy but the app extends the courtesy of letting you know this ahead of time by specifying exactly how long the rendering process will take. It's also worth mentioning that the maximum output on this app is 720p, depending on your device. Take in mind, these filters aren't gimmicky so you won't find filters that mirror, provide a negative look/effect or create bubbles floating around the screen. There are some well done black and white filters as well as some nice color variations with slight vignetting. They are sometimes subtle but it's the film maker with the keen eye that will make the best use of this app.

Scrolling Credits - Use with iMovie to Scroll Text in Your Movies

You, your friends and anyone else you were able to drag into your pet project have worked hard for you. What better way to thank them than by putting them in the credits? Scroll Credits allows you to create scrolling credits at the end (or even beginning) of your film. You have the option to select the background, font and color. Simply enter all the text and the app renders a video for you to plug into whatever video editing app you decide to use. Nice and easy.

Avid is well known in the entertainment world for their stellar editing software. It stands only second to Final Cut in the industry. Now Avid has released a video editing app for the iPad that, despite its early stability issues, is poised to surpass the well known iMovie and Reel Director apps. The trimming function is very responsive and precise and the ability to trim and set levels on the audio tracks makes a noticeable difference over iMovie. Avid Studio also contains some great text editing functions. I understand not everyone will have the positive experience I had with Avid. If not, you can always go back to the aforementioned apps. Just be sure to keep this one on your radar because it eventually will be the video editing app to go to on your iDevice.