Make beautiful music with these apps.

Music is one of the most beautiful human expressions. The ability to make music is a true gift. The iPhone and iPad have revolutionized both the creation of music and the appreciation of it. This AppList examines some wonderful apps for musicians, which include the budding artist, the seasoned professional, and everyone in between. 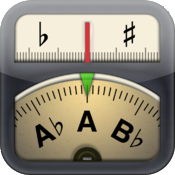 Once you choose an instrument to learn, one of the first things you'll need to do is tune it. Cleartune provides a handy chromatic tuner, which allows you to quickly and accurately tune your instrument, using your iDevice's built-in microphone. Although this app hasn't had an update in a while, it is still one of the best out there. The app is simply designed, yet performs very well. 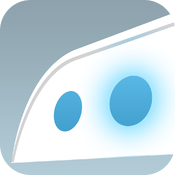 Another useful tool for musicians is a metronome, which helps you stay on rhythm. Tempo is a popular metronome with powerful features. It is marketed as being suitable for professional users. Some of these features include 35 different time signatures including compound and complex meters, a wide selection of sound sets, and advanced set list management. 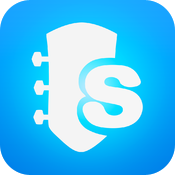 Practice makes perfect, and this app includes the tablature for many popular songs. Most songs have tabs for multiple instruments, not just guitar. There is audio playback, which you can slow down to half-speed, which is helpful in learning difficult parts. The app is well-organized and allows you to easily search for your favorite songs and artists. It also features an offline mode that allows you access to previously-viewed songs, even when disconnected from the internet. The app natively free, which essentially lets you preview every song. To get the most from this app, you'd have to sign up for their subscription service of $4.99 a month.

GuitarToolKit is a great app for the guitarist that just wants one app for all their needs. Instead of having a separate app for your metronome, chord book, and tuner, simply open up this app and you've got them all. Other string instruments are also available and if you upgrade to pro, you'll get a drum machine feature.

GarageBand is the poster child for iPad music creation apps and for good reason. Musicians make music. GarageBand makes musicians. With its Smart Instruments, no other app is as adept at transforming an ordinary Joe with dreams of greatness into a respectable music maker. GarageBand is also an excellent recording app. The app also features the social ability to jam out with some friends in the Jam Session feature.

The Smart Drums on GarageBand are decent, but DM1 - The Drum Machine is a more fully-functioned beat making mechanism. It's loaded with 64 electronic drum kits. Features include a step sequencer, drum pads, mixer, FX trackpads, and a song composer. The app's design strikes a good balance between usability and sonic ability. Electronic musicians will have fun with this one.

Electronic musicians will also appreciate Animoog, Moog Music's first professional polyphonic synthesizer for the iPad. Serious musicians will love this app. It's well-designed, sounds great, and is packed with functionality. Unfortunately many casual musicians may have little idea what the app is or what it does. There's some education necessary to unlock the app's full potential. The app is powerful, but not everyone will get it. 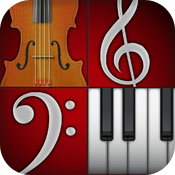 Notion is another powerful way of creating music. It is centered less around the virtual instruments model of GarageBand, and focused more on helping you create your own music score. At its heart, Notion is a notation editor and music playback tool, which allows you to directly input notes to virtual sheet music and hear how it sounds. This app contains some very nice features, including orchestral samples from The London Symphony Orchestra. 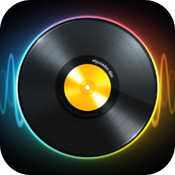 This app is a party. It's intuitive, fun, and makes you feel like a real DJ. This app is similar to GarageBand, in that it makes a difficult music skill accessible to beginners, while also offering useful tools for the more experienced. 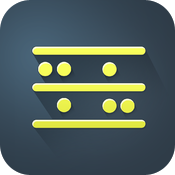 This app is a mobile music workstation, which includes fantastic tools to help both amateurs and professionals make terrific music. Among the many tools available are a drum machine, keyboard sampler, multi-track sequencer, and wave editor. This app is not as accessible to newcomers as an app like GarageBand, but it is far more powerful from a mixing standpoint. This app will likely appeal to more serious musicians.

By emulating the Roland TB-303 Bass synth and the Roland TR-808 and 909 drum machines, and then combining them with sophisticated FX units and pattern sequencers, Propellerhead Software's ReBirth can create some killer tracks for users to share with their friends. This is another app that will be intimidating to the uninitiated; the interface looks great, but those unfamiliar with music production may be confused by all the knobs and sliders. But for those into dance music and techno, this is a great app to have. 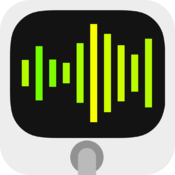 If you like what several music apps have to offer and want to mix them together, Audiobus is the app for you. This app is great for every musician and helps you get some use out of your plethora of music apps. At this time, a bunch of the other apps that are supported in Audiobus are still updating to be compatible since the release of iOS 8. We are hoping that these other apps update quickly so that the compatibility works as it should.

If you're all out of ideas and don't mind stepping out of your element, give Scape a try. This app isn't your traditional music composition app. Scape uses a series of shapes and colors to create music based on their combination with the background. There are also tone controls that you can adjust, giving the music piece a completely new feeling.

Vocal Warm Up by Musicopoulos

Perhaps you're a singer? We've got you covered with Vocal Warm Up. Warm up your voice, improve your tone and breathing, and cool down whenever, wherever. This is such a nifty app for every vocalist.