For Folks Who Love Football

Apps for the NFL

Whether you are on your couch, behind a grill, or in the stadium, you simply NEED these apps on your iDevice to keep up with the fast paced, hard hitting National Football League. Get the most out of the NFL Season by keeping score, watching live, and doing your Fantasy homework with these apps. 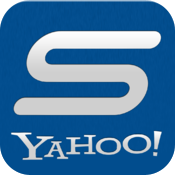 You've got to start with a good app for following all the action. Yahoo! Sportacular has long been a leader when it comes to bringing you scores and stats on games you care about. With live game scores, chat with Facebook connect, customizable push notifications to remind you of game starts or scoring changes, and just a ton of little toggles to make your season the best it could be, you won't need a ton of little side apps to get the job done. Do you play Fantasy Football? You can keep track of individual players or whole teams with this app as well! What are you waiting for? It's free, though there is also a "pro" version if you can't stand the banner ads. iPad users, grab the separate iPad version of this one.

An alternative app is NFL '11. Keep up with all the football news, including live scores, play-by-plays, highlights, and more. There is a separate iPad version for those so inclined. 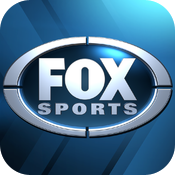 Get the Fox version of football news with the official Fox Sports application. One of its best features is Live GameTrax. It lets you watch field graphic, play by play, with scores highlights and stats. Of course, it also has your standard Team news and such. It is a news organization after all. 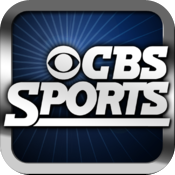 CBS of course has their take on NFL news as well, not to mention their very own Fantasy Football service. This app will help you keep track of both your favorite team and your fantasy team without much trouble. It also offers up live coverage and scoring of games, so you won't be left out.

NBC comes in with their take on NFL coverage in this app. They offer up the standard team and player news as well as their own take on Fox's GameTrax. So, whichever network's coverage you prefer to watch on television will probably be the app you prefer.

Now you've got the news, how about watching the actual games? If you have Direct TV, I envy you. With their App and NFL Sunday Ticket on your Direct TV cable subscription you get LIVE GAMES and highlights streamed right to your phone over WiFi or 3G. Note that this only streams games on the ticket, and blackout rules do apply according to where you live. Not everyone will be able to use this app, but for those that can, it speaks for itself. You'll find a separate (also free) iPad version of this app as well. (US Residents Only) 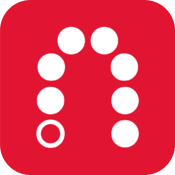 Don't have Dish but you NEED to watch NFL games on your iDevice? I have to recommend Slingbox. For the app to work you do need some hardware. You can try it out and pick it up at any Best Buy location. This app lets you tie into your Slingbox, which you attach to your TV. Doing this lets you watch anything that is coming out of your TV, or is recorded on your DVR. What does that mean for you? Gametime, anytime, anywhere. If your TV can get it, you can get it with Slingbox. For a bonus, you could always check out your OTHER favorite TV shows when the game is over, like highlights on Sports Center of course. If you spend a lot of time away from home, but you'd like to still keep up with your shows, especially your favorite NFL team, you should consider getting this.

Honorable Mention: When my Cowboys game was blacked out here in CT, I heard a rumor that Justin.tv would stream it. So I looked. What did I find? 4 broadcasts of the Cowboys game. If you can't watch your game, and you absolutely must have it, I suggest you get Justin.tv and cross your fingers, since it is rather hit-and-miss. Justin.tv is a live streaming app of Ustream broadcasts. It works great for tons of content, apparently the NFL as well.

If you play Fantasy Football, you might use Yahoo. If you do, this app almost puts the regular web site to shame. Last year I used this app to stay ahead of the rest of the guys while I was at work and couldn't access a PC. You can do almost everything you can on the website from the palm of your hand anywhere you have internet coverage. Need a last second switch because a you just heard on the radio your starting QB isn't playing? No problem. Need to see up to the minute standings maybe for a player maybe on another Fantasy service that doesn't offer live scoring? You can use this app for that too. It's universal, so go ahead and use it on your iPad as well.

Are you new to Football? Pressured by people at work to take part in the daily water cooler football wrap-up? Maybe just watching for your boyfriend? Well, for a buck this app will solve your problems. Learn the basics of the game quickly with this glossary of terms and subtleties, bookmark things for later viewing and do a quick search in a pinch. Great for anyone wanting to dive into football without the pains of asking seemingly stupid questions like: "When they say 3 and out, do they mean they don't even get a 4th try?"

Think you got what it takes to get the high score in Super Bowl Trivia? Now you can prove it to all your buddies. What other way do men have to show their statistical dominance then to challenge each other to a friendly game of "Who knows more about Super Bowl history"? With over 500 questions, different game modes, and Facebook integration you'll stay busy during half time. 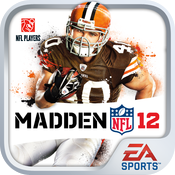 Last but not least, Madden. You know that a few days of football isn't enough. You dream about it, you talk about it, you yearn for it like a junkie in detox. Why not have a brand new game whenever you want at your fingertips? It's a bit pricey for such a technical game on a small screen, but I've been playing it for a few weeks as of this posting and I love it. Season mode, Quick Play, Super Bowl and the ability to play over Bluetooth (more ways to play said to be in the works) are more than enough reasons to not to get that value meal at McD's and buy this game instead. If you prefer a larger screen, you can get the iPad version of this app as well.