Apps To Learn And Translate Spanish On The iPad

Learn Spanish is an app to help you learn Spanish for real life, not a test. The app does not center around memorization and other learning modes you would be accustomed to from school. The app keeps your attention and helps you learn in a fast paced environment. The app is a free download, but requires an in-app purchase to access all of the content. The app includes the first lesson free of charge. The lessons can be purchased individually or for a lower cost as a set for $44.99. There are a total of 30 classes, each 40 minutes in length. The app is aimed to be finished in five weeks. Learn Spanish does contain some more controversial comedy within the lessons. The warning is there for parents to review the material before giving it to your children. There is no better app than this for learning Spanish on your iPad.

The premium dictionary and verb conjugator app for iOS is by Ultralingua. The app runs $19.99 and will work on any iOS device running iOS 3.0 or later. The app includes over 290,000 definitions and 75,000 headwords. The app is flexible enough to even include slang, technical words, and regional variances. The great thing about this app is everything is stored on your device, unlike the app iSpeak which relies heavily upon having an Internet connection. The app also is built upon a great interface. The app provides an easy and fast way to find the word you are looking for. The app is not a true translation app, but rather an English to Spanish translation dictionary and verb conjugator. The app is great for what it does. 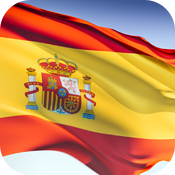 Spanish Verb Conjugator is a simple app to look up different conjugations of Spanish verbs. The app includes over 700 verbs in 20 tenses. The app is well designed for both the iPad and iPhone. Verbs can be tricky and apps like this can be of great help. 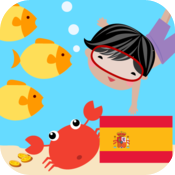 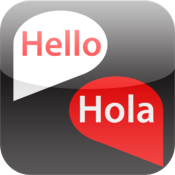 Spanish Anywhere packs in a ton of great tools onto your iPad. The app is plagued with a terrible user interface, but has some truly great features. The app includes a phrase book, dictionary, and a verb conjugator for offline use. The app can also de-conjugate verbs to find the infinitive form of already conjugated verbs. The app also provides translations and study tools. Spanish Anywhere provides you with flash cards, study lists, and several study games. The app will also convert units of measure. Overall, a great resource that has some fantastic features hidden under an ugly app.

Medical Spanish was written by physicians for physicians. The app includes tons of audio that was recorded especially for this app. The app includes over 6,000 entries that can be found through search or browsing the appropriate category. The app helps you ask questions, give instructions, and more. The audio capabilities allow the iPad to speak for you in many cases. Doctors who need assistance communicating with their Spanish-speaking clientele should give this one a try.