Gameplay with your friends is easy with these games

There are plenty of times when you want to play a game against an opponent, but can't sit for an hour waiting for them. Luckily there are a ton of asynchronous games out there that'll keep you entertained for a long time! In this AppList, we have compiled some of the best in the AppStore. Here you are sure to find a game that matches your interests.

Sometimes the simplest game ideas turn out to be extremely addictive. Letterpress achieves this by turning a Boggle-like game and mixing it with the competitiveness of Othello. Letterpress provides a beautiful and simple looking game board of 25 randomly generated letters. Your goal is to form words while selecting letters your opponent has set as their color. By doing so, you steal them to your color. The score goes back and forth as letter tiles keep getting stolen. Strategy is key with Letterpress because once all letters have been used at least once, the game is instantly over. Timing the length of words and letter selections are vital to ensure the game doesn't end before you can achieve a lead and keep it. Letterpress utilizes iOS's Game Center to play against friends or auto-match random opponents. Better yet is the fact that Letterpress is free, but you'll most likely want to shell out the 99 cents to unlock the full version. That'll get you the ability to play multiple simultaneous games along with different color schemes.

Words With Friends brought asynchronous gameplay into the public spotlight. This highly addictive Scrabble-type game lets you build points by creating adjoining words on a tile board. The popularity of Words With Friends makes it relatively easy to find friends to play against on Facebook or in your contacts. If you love word games, then you cannot go wrong with Words With Friends.

So you love Scrabble and Words With Friends but want to step up the fun. You should really try HexaLex. Instead of the traditional four-sided tiles to build words from, HexaLex uses six-sided tiles, giving a whole new dimension to word building. This addictive game is well-designed, summing up your point total before submitting your word and letting you know right away if your word is not acceptable. Unlike Words With Friends, you can play up to four of your friends at once. It also has a built-in dictionary and list of two-letter words for reference. HexaLex is the ultimate word building game.

With all of the word games available, Hanging with Friends is the only one where you are guessing what your opponent has spelled. Like in traditional Hangman, each incorrect letter guess costs you—in this case, the balloons holding your player in the air begin to pop. If you guess poorly you will run out of balloons and fall, losing the turn. When your turn is over you get to pick a word for your opponent from random letters available. VoiceOver friendly, this game can be played by those with visual impairment.

When you're looking for some good sword and sorcery games, Hero Academy is definitely the game you're looking for. Taking turn-based attacks and defenses into the digital age, Hero Academy features archers, wizards, and swordsman that you move across the battlefield with only one goal in mind: crush your opponent before they do! The game features a great tutorial to get you started and then it's off to do some damage against your friends! You place characters on the starting squares and then move them around or attack. You get five moves per round before control is handed off to your opponent. Upgrades appear in the bottom allowing you to upgrade your characters and increase your odds in the battle. The game's animations are fluid, fun, and the music is fantastic. This game strikes a difficult balance of being easy to learn while remaining challenging for long-time players. So ditch your 20-sided dice and pick up Hero Academy right away. 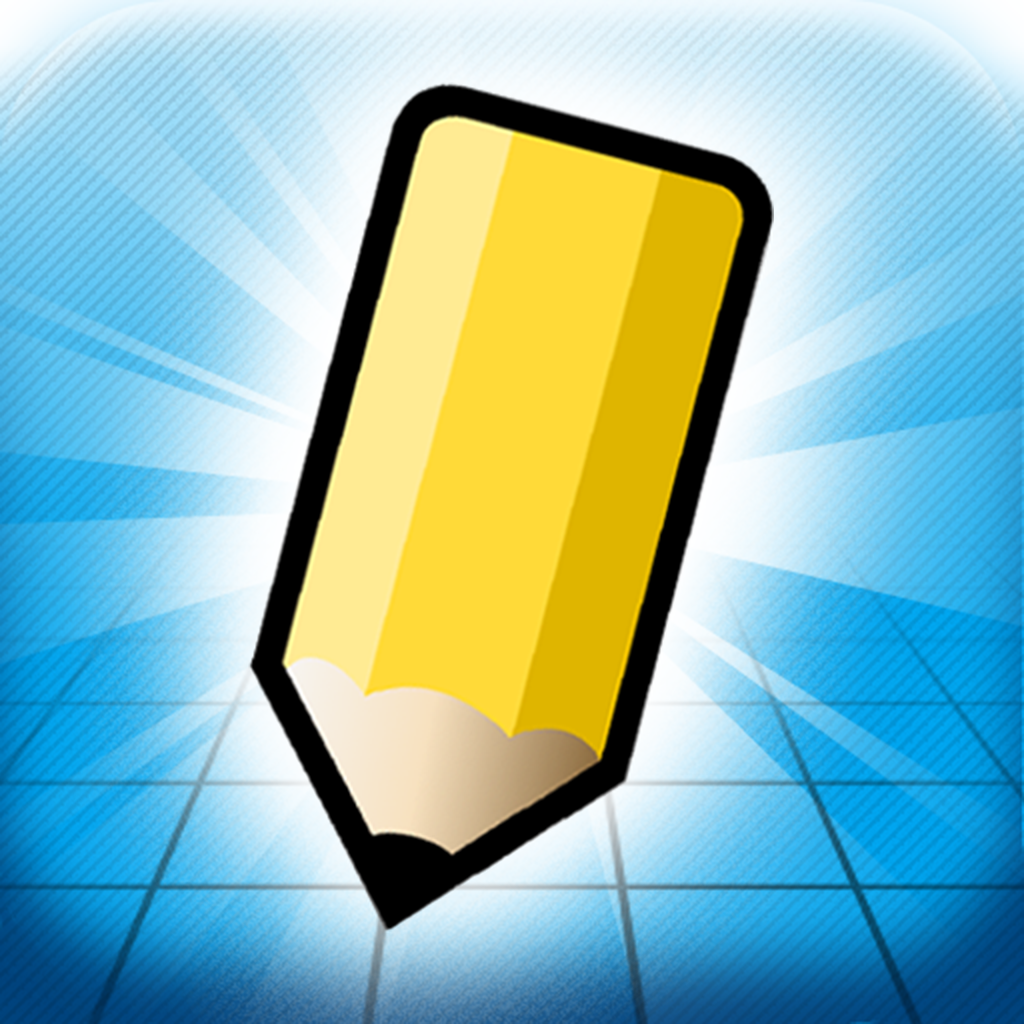 Taking Pictionary into the 21st century, Draw Something is the highly-addictive version where you're given an item to draw and do your best to have your "opponent" guess it. In fact, this is not a competitive game, it's a cooperative one. Correct answers earn coins for you both. When it's your time to guess, the drawing flows exactly as the person drew it and you can see them erase parts or even reset the canvas. Some people take the game to the next level by using a stylus and there are even full websites dedicated to showing the incredible art people create in-game. Draw Something is fun and easy to learn even if you are not artistic.

In this brilliant adaptation of the board game, players place tiles to build a landscape and take claim of cities, roads, landmarks, and farms. Carcassonne is addictive fun for people of all ages and works fantastically with asynchronous gameplay mode.

If you love a challenging strategy game, then Reiner Knizia's Samurai will not disappoint. The goal of this turn based-game is to gain influence in the three major castes of ancient Japan: the peasants, clergy, and Samurai, to ultimately become Emperor. It includes three short tutorials that will have you playing in minutes. Samurai supports playing multiple games at once. It also allows the setting of timers for turns, for example, giving each player 12 hours to make a move.

If waging war seems a bit extreme but you love a challenge, it does not get much better than playing Chess With Friends. This turn-by-turn chess game allows you to play up to 20 games with friends in your spare time. It supports finding friends to play through Facebook or your contacts. If you have no friends who are up to the challenge, then you can always ask the app to find you a random opponent.

Strategy games are fine, but what if you have a need for speed? Disc Drivin' Free allows you to race against friends on a 3D track complete with hazards and obstacles. Truly multi-player, up to four friends can play in a game. A chat is built in and push notifications tell you when it is your turn. If you love racing games, check out Disc Drivin' Free. 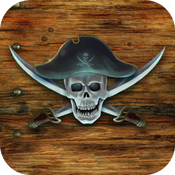 Maybe you are more of a pirate at heart than a race car driver. Pirate Battle adds a swashbuckling twist to the traditional game of Battleship. The goal is to blast cannon fire blindly in hopes of locating and sinking all of your opponents' ships. Highly addictive, the in-game chat and sound effects make this game a great choice for those who love to battle at sea.

If you like all of the Zynga With Friends games, but are getting burnt out on all the word games, try your hand at Gems With Friends Free. In this game, you drag, drop, and try to match 3 gems of the same color and number to produce one gem of the next number up. You are given a limited time to score as many points as you can and then it is your opponent's turn. You have three rounds to face off against that opponent then your scores are added up for those rounds. The player with the most points wins.

If you're looking for a game that is never the same, be sure to have Fluxx on your iDevice. Fluxx is a card game where the rules are constantly changing. There are four card types- keepers, goals, rules, and actions. Rules are just that, rules. They affect how the game is played, thus changing every time. Goals are what you are seeking to achieve in order to win. Each goal card has two keepers on them, creating a unique theme. To win a game you need to have two keepers placed on the table in front of you that match the goal card, but wait! There are also action cards that can change the rules, goals, or even take your keepers. This game plays offline, but is so much more fun playing online with friends and random players. Yes, sometimes it can take a while for a friend to complete their turn, but that's part of the asynchronous fun, isn't it?

XCOM: Enemy Unknown was already a great game on its own, but then they introduced multiplayer mode which plays in an asynchronous style. The visuals in this game are stunning and the soundtrack pulls you into the storyline. In multiplayer mode, you create your unit of humans (or aliens) with a point system that sets limitations. This is great so you won't be battling against a full squad that consists of fully ranked forces armed with the top weapons. Multiplayer mode plays very similarly to the single player mode. You take your turn, end it, and then you wait for your opponent to take theirs. Be warned, this game can get intense.

Great Big War Game is like a comedic, 3D version of Risk... well, somewhat. Your task is to plan your mission, develop your forces, and then deploy them against your opponent. The antics that your army pulls in this game are hilarious and will have you giggling every time you open up the app to play.