Classic Board Games Now On iPhone

The games you played as a kid get iPhone versions, but some resemble the originals more than others.

THE GAME OF LIFE Classic Edition

Will you go to college or start a career? Marry and have kids or stay single? Take risky investments or play it safe? This app sticks pretty close to the original board game. Pass and play with up to three friends.

This is not exactly the classic game you remember. For one, there is no multiplayer. You are a reporter in a mansion when a murder occurs and you have to investigate. It's very different from the board game but still a lot of fun.

The Trivial Pursuit app has "1,000s of new questions" and both classic mode and a quicker iPhone specific "pursuit mode." It features four player multiplayer over WiFi or pass and play.

Classic gameplay with robust multiplayer options. You can go head-to-head over wifi or use Facebook connect to play games online against people who don't have iPhones. Includes a built-in dictionary. Many prefer Words With Friends, because there is a free version, but this is the original Scrabble board game brought to the iPhone.

Shake your iPhone to roll the dice, of course. The enduring popularity of Yahtzee has always been a mystery to me, but if you like that board game, you'll enjoy having it on your iDevice. Pass and play with up to four people.

Many of us remember playing a marble-in-the-maze game as children. This classic game is now considered a classic app, since it’s been in the app store nearly since its inception. With over 1000 levels, most of which are created by other users, you won’t soon tire of this one.

I couldn’t even tell you how many hours I have spent playing my favorite board game, Monopoly. I played with my parents and my brother, and now I play it with my kids. I still prefer the actual board, but in a pinch (or on a trip) this beautifully rendered iPhone version will do. Play with friends over WiFi, bluetooth, or pass and play. Also note there is a “world” version, as well as iPad versions for both. 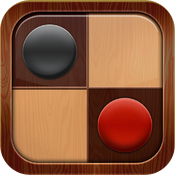 Test your checkers skills against your friends or your iPhone's AI. upgrade to the premium version if you want to remove the ads. 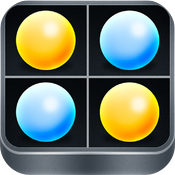 Four in a Row Free

Another classic kids’ game is brought to the iPhone. The object is simple: drop four of your colored discs in a row, while your opponent attempts the same. Play with a friend or against the AI.

Take over the world in this classic strategic conquest game. Play alone against the AI or with up to 6 real-world opponents.

I suppose Boggle isn’t exactly played on a board, but what would you call it? Box, tray, whatever, this classic word game is just as much fun on your iDevice. Challenge your friends to see who can create the most words from the given letters. 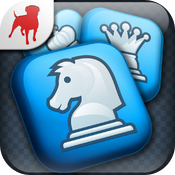 As the title implies, you can play chess with your friends - for free! You can upgrade to the paid version if you want to get rid of the ads. If you don’t have friends who want to play, you can match up with a random opponent. You also get in-game chat and push notifications.

Get lots of board games in this single app: Chess, Checkers, Connect 4, Reversi/Othello, Chinese Chess, Gomoku/Five-in-a-Row, Tic-tac-toe, Chinese Checkers, Kalah/Mancala, Banqi/Half-Chess. The graphics are quite attractive as well. You can play alone against the AI or with a friend. 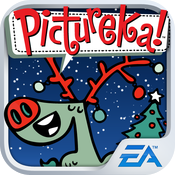 This family-friendly, cute, funky game will have you hunting for objects in chaos, much like a Where’s Waldo? book. Play alone against the AI or pass-and-play with a friend.