Don't Go Broke Thanks To Your iPhone

Apps That Save You Money

There's just one rule for apps on this list. The app needs to help you save money. There's online shopping, gas, restaurants, coupons and so much more. Save money with your iPhone today and these great apps.

Most iPhone users spend a good amount of cash on apps. Save money on apps with BargainBin. I admit we might be a little biased in putting BargainBin here instead of AppMiner or PandoraBox, but we're pretty sure we've built the best solution to help everyone save money on apps. And it's free. Simply pop open BargainBin and search for apps you're interested in buying but aren't happy with the price on. Add them to your watchlist and set the price you'd be willing to buy the app at. If the app goes on sale and ever meets the price you've set, you'll get a Push Notification letting you know about the deal. It's as simple as that. Far too often we've been tempted into the impulse buys we've found in the App Store and BargainBin could ensure you'll never do that again. 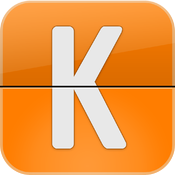 After saving up some cash from all that money your saving with BargainBin you'll be able to take a little trip. Kayak will save you money on flights and hotels. It takes a few minutes for Kayak to troll all the Web sites out there for hotel and flight deals, but the results are worth it. They're seriously cheap. We've tested it on hotels and Kayak finds insanely good rates. We're talking $59/night being the cheapest place available through Hotels.com and $30/night being the cheapest available through Kayak for the same area and time period. 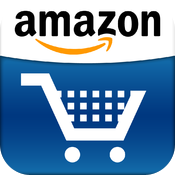 Before embarking on your trip you'll want to pick up some last minute items. When it comes to cheap, Amazon can usually win the day against real world retailers, so next time you're thinking about buying something, open up Amazon and compare before you buy. Amazon Mobile won the 2009 AppAward for Best "Save Money" iPhone App. Another plus is that shipping is often free.

Why pay more for gas when you don't have to? For when the times Amazon doesn't have an item in stock you'll need to drive. Only get the cheapest gas available next time and check out the rates at local gas stations as submitted by users to www.gasbuddy.com. 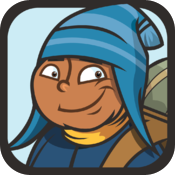 When aren't using Amazon you may want to use some coupons. This app has a bunch of very useful coupons for lots of stores can be found in this app. Make sure to give it a try and check for deals. You'll never have to print out coupons again.

When coupons fail you there are always local deals. Priceless gives 3D Google maps with with all sorts of user submitted deals peppering the landscape and has one of the coolest interfaces you'll find. Just slide around the interface and find some offers, reviews and deals at local places. It's kind of a promotional app for Mastercard, but it's cool nonetheless and you just might find some local place you never knew about.

Groupon brings another set of deals and coupons to you. You'll save money if you use this app wisely. You can over spend and buy stuff you'll never need. The same is true for coupons saving $10 on $100 worth of goods is not a good deal if you don't need the goods to begin with. Groupon offers a minimum 50 percent off any deal. This can be a great deal especially for couples. If you are a single person sometimes the deals are a bit much. Who really needs to spend $15 on a single meal? It is a nice luxury spending $7.50 on a $15 meal, but are you really saving if you would not have been buying that food in the first place? A great app and service, but as always ask yourself if you are actually saving money here.

While there aren't many stores offering coupons through this app, you can never go wrong with a few more coupons. 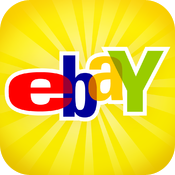 Auctions provide yet another place to save money. It has never been easier than it is on iPhone to win auctions thanks to the addition of Push Notifications when you're outbid or as an you're watching nears the end of bidding. So use this feature to your advantage and try to snipe some stuff at great prices using iPhone's Push Notification Service.

Of course the best way to save money is not to spend it. It is also a great idea to know where your money is going and to setup a budget. The Mint app helps you do all of the above. You'll see that your spending money on stupid stuff and as a result spend less of it. You'll be able to setup a budget and the app will show you how you are doing. So save money with your iPhone not only by using coupons and deals, but also by being smart with money.