Dominate Your Fantasy Baseball League With These Apps

For sports fans, the arrival of spring signals two important occasions: the beginning of baseball season and perhaps more importantly, the start of a new fantasy baseball season. At its heart, fantasy baseball is a game in which participants manage imaginary rosters full of real-life baseball players. What makes the game so rich is the amount of depth and variety with which it can be played. There is rotisserie versus head-to-head; auctions instead of straight drafts; and keeper leagues, which allow you to carry players from year to year. The player pools and statistical categories can be manipulated and modified to appeal to both the casual fan and the devoted follower of sabermetrics. In short, for many, fantasy baseball is the ultimate game. This AppList features different apps, which will cater to the needs of different team owners, as they prepare for the upcoming season.

For those new to fantasy baseball, a natural question is "where do I start?" A good place to gain a broad overview of the game is in a fantasy baseball magazine. RotoWire, a well-respected fantasy sports service, has released this app version of its 2013 Fantasy Baseball Magazine. In it, you will find a lot of different tools to help you achieve fantasy success. There are articles by fantasy experts, mock drafts, projections, rankings, and more. Like any magazine, the articles are already outdated in that some players mentioned may have changed teams or undergone a change in their status. However, one advantage of having the app version of the magazine is that it allows you to update individual player rankings and profiles.

Rotoworld's 2013 Fantasy Draft Guide is ideal for the casual fantasy player. The UI is nice and accessible, featuring player pictures. If you want a balance of aesthetics and information, I would recommend Rotoworld's Draft Guide.

Rotowire also has a separate draft kit app that is focused specifically on draft preparation. If you just want data, and lots of it, I would go with RotoWire's Fantasy Baseball Draft Kit 2013.

Just as AppAdvice has app experts, who eat, sleep, and breathe apps, many popular sports sites feature fantasy experts, who have become celebrities to those who play the game. ESPN is the home to some of the highest profile gurus. ESPN's iPhone app is not as good as the ESPN web site. It is not as organized, nor as easy to explore. Still, it is a convenient app to manage your ESPN league and to view news, video, and tweets from ESPN's excellent analysts.

In addition to ESPN, Yahoo is a popular host for fantasy leagues. While the app is only optimized for the iPhone, Yahoo! Fantasy Baseball gives you real-time updates when it comes to your fantasy score wherever you are. You can also view and set your lineup for the day or upcoming days. Track your match ups by past, present, or future. Even improve your team by adding or dropping players while reading breaking player news.

For those who don't have a liking for the official Yahoo! Fantasy Baseball app, there are other apps that will allow you to manage your Yahoo team. This app by Bignoggins Productions claims to be the only app which allows you to manage your ESPN and Yahoo teams together in one place. Please note that Bignoggins Productions is not associated with either Yahoo or ESPN. Also, the app costs money, whereas ESPN's and Yahoo's apps are free.

For the serious and daily fantasy baseball player, I'd suggest giving FantasyAlarm's app a try. This app notifies you when your players are out of their MLB team's lineup or if a game has been rained out. This gives you a major advantage because you can then change your lineup ahead of time.

Like in the case of ESPN, the CBS Sports mobile app is nowhere as good as the main site. However, it's filled with a lot of invaluable fantasy coverage.

Once you've chosen a league host and read up on all the experts' opinions, the next thing you want is a constant stream of up-to-date player news. Although Rotowire has already been mentioned, its Fantasy Baseball Assistant is really the app that you want here. It delivers news better than any other fantasy baseball service, and it delivers so much more than news, with blogs, articles, and personalized expert advice. It also features a convenient and effective way to track the latest happenings of the players on your team.

This app serves two valuable draft purposes. It allows you to remotely participate in your ESPN/Yahoo league draft if you can't be next to your computer. It also allows you to participate in mock drafts so you can be prepared for the rigors and stresses of a live draft. Auctions are now supported. 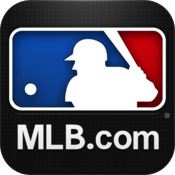 When all is said and done, what matters most to your fantasy team are the actual games played. Major League Baseball has released the quintessential app for baseball fans, which is now a free universal app. You have to pay to unlock its potential, however. The annual fee of $19.99 for the entire 2013 season (or monthly fee of $2.99) gives you live radio of any game broadcast, a free game a day, highlights, stats, scores, and more. MLB.TV Premium subscribers can log in to their accounts for complete At Bat and .TV access (minus Blackout and other restrictions). Those who don't want to pay anything can still enjoy the app's news, standings, and scoreboard.