You don't have to download iPad specific apps to get iPad version of apps. A number of developers have made universal apps meaning you don't have to rebuy them to get the iPad version. Find out what notable apps have free updates so that app you bought already for the iPhone runs on the iPad without any more cost.

The remote desktop client doesn't require you to shell out any additional money for the iPad version. The $29.99 price that you paid for the iPhone version gives you access to the iPad version. On the iPad it will finally look appropriate, and have proper functionality. 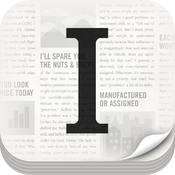 Instapaper is $4.99 for the iPhone, and if you bought it you get a free update that includes the iPad version. Sit back relax and read your saved articles offline on the iPad screen at no additional cost. 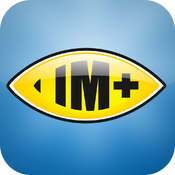 IM+ has a new iPad specific interface that is a free update for the owners of the iPhone app. The one time $9.99 fee gives you great IMing on the iPhone, and now the iPad too.

IUGO has three of their iPhone games made for the iPad, and they're not separate apps, but free updates if you own the iPhone app. The games have new features, and beautiful looks on the iPad that you have access to from buying the iPhone version. Implode is the best, but Cliffed and Zombie Attack 2 have the same universal app treatment.

Parachute Panic is a fun little doodle game where you guide parachuters to the boat below. Well that action is now in HD for your iPad as a free update to all existing owners of the game. New large beautiful themes too. 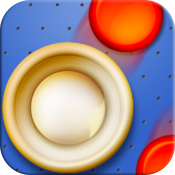 Air Hockey is simply air hockey on the iPhone. Now it's a universal app giving you full air hockey running natively on your iPad with no added charge. There's a lite version as well that runs on iPhone and iPad.

The current #1 selling iPhone app WolframAlpha has a native iPad interface that is free to existing owners. Enjoy all of that info on a bigger scale for free.

SoundHound is a music identification app that has been updated a ton of times to truly have a great iPhone app for $4.99. If you've bought it, you have a free update for the iPad version giving you so much more music related info at once.

Zagat To Go is $9.99, but gives you a great restaurant resource on your iPhone. Luckily there's a new native iPad interface at no additional cost.

Tab Toolkit does a lot with the small iPhone interface. It costs $9.99, and we reviewed it as a must buy. Now the iPad native version is built in for the same price, so it's a free update to all existing users.

If you dropped money on this disappointing title, well there is a little good news. If you have an iPad that same price gives you a brand new iPad version.

Geometry Wars themed space shooter that is $1.99 for the iPhone version. That also gives you a native iPad version, what a deal.

Solitair City Deluxe is a beautiful and deluxe solitaire app for the iPhone that is relatively expensive. Well if you've ever bought it, you're in luck as a native iPad version is included. Digital Smoke has done this with all their apps so there is a $0.99 version and lite version solitaire city with iPad native versions. 10 Pin Shuffle also has the same feature. 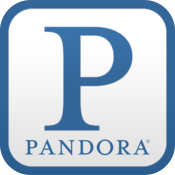 The free internet radio streaming app has a special iPad version with a brad new interface. A great universal app. 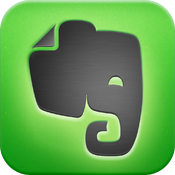 Evernote has a brand new iPad interface built into the free iPhone app. If you want note taking on your iPad, iPhone, or iPod Touch the free universal Evernote should be at the top of you list. 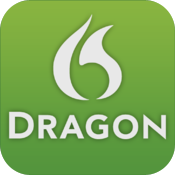 Dragon dictation does the work so you don't have to type to write out words on your device. It's a free app with a custom interface for iPad and iPhone built into one universal app.

Amazon has made the Kindle app universal allowing an iPad specific version built right in. The interface looks great, and much better than an actual Kindle, all for free. 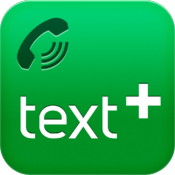 Textplus on your iPhone is an alternative to text message charges. You can have it on your iPad with the same free app, but an iPad specific interface.

Our very own app costs $2, and runs on the iPhone/iPod Touch, and iPad with a specific iPad interface and specific iPhone interface. You buy it for one device, and it works on each.