Scratch Your Puzzle Itch With These Challenging Games

Puzzles come in all shapes and sizes, most of which can be found and enjoyed on your iPhone. If anything, the definition of “puzzle game” is too broad on an iPhone, with the term being used to encompass everything from crossword puzzles to role playing games. The good news is that, whatever type of puzzle you enjoy, there is almost certainly an app for it. Maybe more than one! We’ve compiled a list of some of the best of each “genre” of puzzle game, so that every puzzle lover will find a favorite. 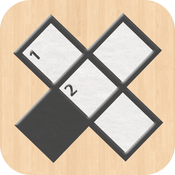 A good place to start is with the perennial pencil and paper favorite, crossword puzzles. Crux offers the best crossword puzzle experience on the iPhone. With multiple control options, you’re sure to find one that works for you! Crux comes with built-in access to a variety of crossword puzzle sources and the ability to access your New York Times (or other premium puzzle source) account to play the puzzles in the app. Crux even makes the transition to digital easier by replicating the look and feel of a newspaper. 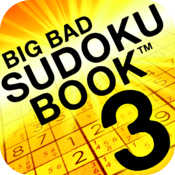 Sudoku is another newspaper favorite, but it has been notoriously difficult to translate the number grids to electronic devices— until now. Sudoku Book 3 has a unique interface designed to make it extremely easy to solve the number-based puzzles. In fact, Sudoku Book’s system for entering your guesses is so intuitive that it may even improve on the pencil and paper experience!

If you're a fan of Sudoku, try challenging yourself with another popular type of Japanese logic puzzle. Logic Square is an iPhone version of the popular "nonogram" type of puzzle (also known as picross), which are often described as "picture sudoku." Using the information given to you by the game and your logic skills, you fill in (or leave blank) squares on a grid to create a dot picture. It sounds strange, but once you try it, you'll be hooked! Logic Square is the best nonogram app available, offering over 1000 puzzles, D-pad control for increased accuracy, and 2 new downloadable puzzles every day! Try the free version, and then upgrade to LogicSquare+ to remove the ads.

Mahjong solitaire is another real-world inspired favorite. Shanghai Mahjong offers the best experience for playing the relaxing game of tile matching on your iPhone. Despite the complex boards with many tiles, Shanghai Mahjong’s graphics and colors make it easy to play and enjoy. 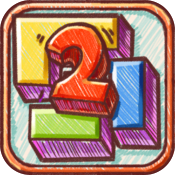 Doodle Fit 2: Around the World

Remember tangrams? If you loved fitting those pieces together to create shapes, you’re in luck! Doodle Fit 2 recreates and updates the experience by replacing the triangles and squares with Tetris-shaped blocks. Doodle Fit 2 has over 200 puzzles of varying degrees of difficulty, a multiplayer option, and the ability to create a level or play a level created by a community member. 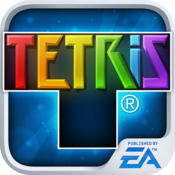 When it comes to classic puzzle games in the digital age, nothing is more iconic than Tetris. The game that’s been a favorite since Nintendo’s first Game Boy is available in a full-color, full-featured edition. The “classic” game of rotating blocks to make and clear rows is just as you remember, but with touch controls instead of a D-Pad. You can play a marathon session with your preferred controls, or try your hand at the newer, level-based Galaxy mode. 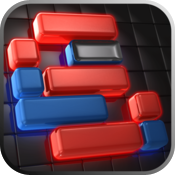 For a more touch-oriented variation on Tetris, try Slydris. Instead of moving blocks into position from the top of the screen, you are given incomplete rows of blocks that you can slide to make a full row. Don't worry, of course more blocks fall from the top! The gameplay takes some getting used to, but it can easily become addictive.

If you're like most people, you never looked at Tetris and Boggle and thought "those are two games that should be combined." Well, that's what PuzzleJuice did, and it shows just how wrong all of us were! PuzzleJuice seems to be another Tetris-clone, until you place a block. It immediately transforms into letters, which can be joined together to make words like in Boggle. In fact, your blocks don't disappear from the screen until you make words with them. The game's only drawback is that it can sometimes be a little difficult to manage the two aspects of the game at the same time, but most of the time it's not a problem.

For a more traditional word game experience, try wurdle. The game is essentially a more customizable version of Boggle, or word search. Players choose the size of the board and the time limit, and then must try to find as many words in the board as possible before time runs out. The game is cheerful-looking and includes multiplayer options both local (pass and play) and online. 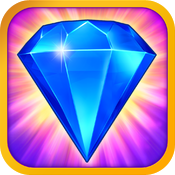 Bejeweled is another name familiar to puzzle fans, and the iPhone version doesn’t disappoint. The very popular game is the gold standard of the “match 3” game genre, in which players swap adjacent pieces to make a match of three of the same pieces. Bejeweled looks beautiful on the iPhone screen and has multiple game modes. If you’re not sold on the concept, you can try the free version, Bejeweled Blitz, which is for two minute games only and has a social component. 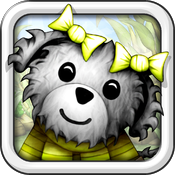 If your problem with Bejeweled is it’s just not cute enough, Puppy Sanctuary is the answer. In Puppy Sanctuary you match gems to rescue puppies you then care for. Don’t be fooled by the title— each level of Puppy Sanctuary is harder than the last, with twists to make clearing the board more difficult. The game even includes some hidden object levels for a more well-rounded experience. 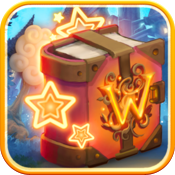 WizSchool is a match-3 game with a fun twist: you take the role of a new student at a school for wizards. Each level of the game fits into that world, such as a potions class or a friendly match against another student. To make the game even more challenging, each match gives you "assignments" that require you to match a certain amount of each tile in order to accomplish a goal (think ingredients for brewing a potion). There are also RPG elements and equipment for you to manage between rounds.

If it’s possible for iOS to have a gaming classic, it’s Angry Birds. The “physics puzzler’s” innovative gameplay has inspired countless imitators. In the newest incarnation, Angry Birds Space, you still hurl the titular birds at pigs, but this time you need to take gravity into account! Angry Birds is fast and easy to play, yet challenging to master. 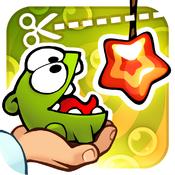 If you like Angry Birds, try Cut the Rope: Experiments. In the sequel to the iOS classic you must once again solve puzzles to help cute monster Om Nom get his candy. Use your finger to slice through ropes and drop candy into Om Nom's giant mouth. The titular “experiments” mainly complicate the levels, and make it a more challenging puzzler.

More traditional logic puzzles have a place on your iPhone too, thanks to the Heist. The Heist is the ultimate puzzle app to keep your mind sharp and intellect challenged. There are four different modes and over 60 levels to complete. From the Sudoku-like symbol game to some tangled, sliding blocks, the variety and difficulty make The Heist one to steal.

If The Heist isn’t challenging enough, Blockwick should be. Blockwick is a variant on a traditional “sliding puzzle” game. In Blockwick, you slide blocks around a board filled with impediments until the marked blocks are touching. If it sounds easy, it’s not. Like all the developer’s other games, Blockwick is polished and well-designed. 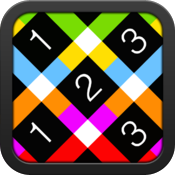 Seq brings a minimalist design ethic to the puzzle genre. Seq gives players several numbers on a board and requires them to draw lines to complete the sequence. The use of a stark white background, grays, and saturated colors makes the game more enjoyable, as do the sound effects.

Drop7 is for the puzzler who prefers numbers to colored gems. Although it’s in the same “pieces fall from the top of the board” vein as Tetris, Drop7 adds another layer of skill. Players have to place the numbered circles so that they create a stack the same height as their number (i.e., a piece labeled with a 7 should ideally be placed on a stack of 6 other pieces). The game is fiendishly addictive and challenging.

If you like platform games and the sliding elements of Rubik's cubes, you'll love Continuity 2: The Continuation. Instead of moving your character through a level, you move the level so your character can pass safely through it. Help the tiny stick hero collect the keys and break escape to freedom in this character-based, Rubik's Cube-styled adventure.

Dungeon Raid may not be the first hybrid puzzle game, but it’s one of the most popular. The game combines modified match 3 gameplay with a classic RPG-style leveling system. Trace a path of matching items to refill health, gain upgrades, collect loot, and defeat monsters in this turn-based throwback. In the full version, you can keep playing to increase the skills of each character class, thereby cementing its RPG status.

Puzzle Craft is a hybrid game that doesn't quite fit into any one genre. The game is ostensibly a journey to the creation of a great city, but to get there you must manage resources, build structures, and even collect taxes! Match 3 style gameplay is a large part of Puzzle Craft, as you collect the resources you need via two separate matching games. Puzzle Craft isn't the most challenging app on this list, but it is certainly one of the best at sucking your time without you realizing it!

Sometimes matching is more fun if you shoot the pieces, right? If you agree— and you like a story-driven game— you’ll enjoy Supermagical. In the whimsical game, you play a young witch who has inadvertently released her evil sisters into the world. You must now journey to fight and contain the evil, a task you accomplish via bubble-shooting, matching style boards. Supermagical even includes power-ups and objects, just like a traditional platformer!

Sneaking around doesn’t seem like a puzzle, but it is if you’re a mouse who needs to sneak past a hungry cat! In Spy Mouse, you must find a safe path for your mouse to get his cheese and leave the room, without waking the cat! Trust me, it’s harder than it sounds. 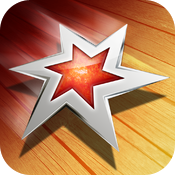 Sometimes, you just need to slash something, and that’s where iSlash comes in! In each level, you are presented with stars in a board, and you must slash the board a given number of times. But watch out for the stars! They move quick, and if you hit them or separate them, you lose!