Get Your Game On, One Genre At A Time

Games You Didn't Know You Needed

The App Store is full of great games that never make the front page. Each category has at least one game you may never have heard of, but will likely love. Many of these are from smaller developers who poured their heart and soul into making something special. We’ve scoured the App Store to find some hidden greats!

If you've never played a "free runner" before, Canabalt is the one to get. Your character continuously runs across a series of rooftops riddled with obstacles you must avoid by tapping the screen to jump. The gameplay is simple, but you may find yourself coming back to see if the techno soundtrack can propel you further.

Everyone needs a fun casual game, and Monster Soup is an underrated gem. In the game, you must draw lines to match like-colored adorable monsters before they reach the top of the screen and freeze! If you match a long enough group of monsters, you unleash a special power, which include things like slowing time and melting the ice. Monster Soup is divided into increasingly difficult levels, and your game ends when the monsters you haven’t matched reach the bottom of the screen. Monster Soup may not be the most intellectually challenging game, but it’s a fun way to pass the time, and it’s beautifully designed.

If you like casual games and line drawing, you need to try Harbor Master. The iOS classic has lost a bit of its prominence (possibly due to its many imitators) but is no less enjoyable. In the game, you become a “harbor master” by directing cargo ships into the offloading area that is that same color as the colored boxes on the ship. But you’d better hurry— the ships come faster and faster, and you need to draw lines all over the screen to make sure none of them crash.

Puzzle addicts have many options, and ASYNC Corp is one of the strangest — and most interesting. The game pokes fun at corporate culture by casting you as an employee of the titular ASYNC CORP, complete with an inbox of emails from your “bosses.” Your job is to create “packets” via four similar but distinct puzzle games. In each, you are given two windows with colored blocks, and your task is to create squares of four blocks of the same color. If you do well enough, you can earn a promotion, which translates into a new color theme for the app. 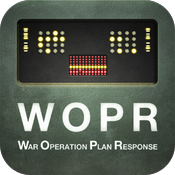 A game based on a movie that came out in 1983 (no matter how awesome it is) should not exist, much less be a must buy. Yet, WarGames is a fabulous take on the match puzzle genre, especially for anyone familiar with the movie. In the game, you play as the computer simulation, and need to match pieces to stop Matthew Broderick and Ally Sheedy from starting World War 3. At least, that's what you think you're doing. WarGames faithfully recreates a retro gaming style and, more importantly, upholds the joyful feel of the movie it's based on. 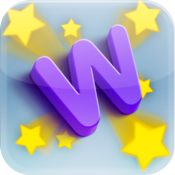 Word games are another must have, and if you’ve tried the many apps that are variations of word search and anagrams, it’s time for Wooords. It’s hard to describe a game in which you make words as unique, but Wooords puts an interesting spin on the genre. Plus, it looks amazing. Wooords is divided into levels, and in each level you are given nine letters from which you must make a certain number of words of four or more letters. Sound too easy? Well, how about this: on each level, one of your letters is highlighted and all of your words on that level must contain that letter in order to score points. The fact that the letters look like candy-colored children’s letter magnets is just a bonus. 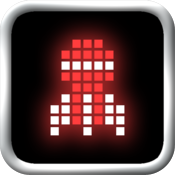 Your iPhone gaming collection would not be complete without some old-school, retro, arcade action. Flick Rocket is a great space shooter that is so colorful it almost looks like the aliens are attacking via Lite Brite! The simple controls— just flick your finger across the screen in the direction you want to shoot— make Flick Rocket a standout in a crowded genre. 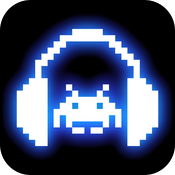 There are many music rhythm games for the iPhone, but Groove Coaster may be the most fun. It also takes the aging genre to an entirely new and refreshingly creative level by stripping away the artifice present in much of the genre. There’s no rock star potential here— just tap anywhere on the screen to the beat of the song, and let the rhythm take you away. 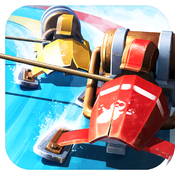 If you need a bit more speed but are tired of the traditional racing game, it’s time for Slingshot Racing. Enjoy the Steampunk-inspired graphics while you try to master the innovative controls. Instead of accelerating and braking, all you have to do is tap at the right moment to slingshot around corners. 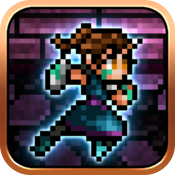 Of course, no true gamer’s iPhone is complete without an old-school 16-bit role playing game (or RPG) like Mage Gauntlet. In the retro-inspired title, you play as Lexi, a young girl who lives in a world of magic but, tragically, is unable to use magic or touch any magical items without blowing up. To fix her problem, she visits a wizard who gives her a gauntlet that lets her use magic, with the catch that she must perform some perilous errands for him. As with any RPG, there are monsters, XP, health, items, treasure chests, and leveling up. What sets Mage Gauntlet apart are the excellent controls, incredible graphics, and engaging story.

If you’re a fan of old school JRPGs, you’ve got a lot of options in the AppStore. One of the best is Ash, which combines classic 16-bit graphics (think Final Fantasy II) with a great original story and strong RPG gameplay. Plus, there’s already a sequel (Ash II) that takes the main character’s story past the end of the first game. 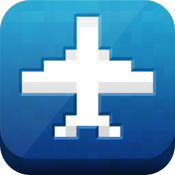 If RPGs are too complex but you still want to think, try the increasingly popular freemium simulation genre. Although many freemium games actually end up costing more than paid games, Pocket Planes is an exception. Like its popular predecessor, Tiny Tower, Pocket Planes is playable without spending a cent — although it may take longer. In Pocket Planes, you run an airline, which involves buying planes, airports, and parts, arranging flight paths, passengers, and cargo, and upgrading everything. The gameplay is a more sophisticated than others in the genre, and may take a while to fully grasp. Once you get the hang of it though, you may not want to put it down! 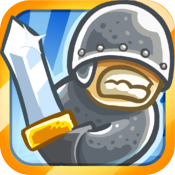 For more strategy fun, try a tower defense game like Kingdom Rush. You must strategically place your defenses to protect your kingdom against evil invaders looking to destroy it. Place buildings with fighters, archers or wizards or cannons and watch tiny pixellated men fight bad guys. However you design your field of battle, you have to make sure none of the invaders reach your kingdom. To make the game more interactive, you have certain powers you can use throughout the battle and the ability to modify or upgrade your defenses. At the end of each level, you can choose to upgrade pieces of your defenses, or save your points for something costlier. Kingdom Rush’s graphics are closer to adorable than gory, which makes it even more of a must-have. 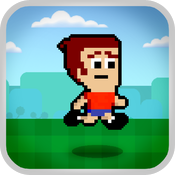 If you thought you couldn’t play a platformer on the iPhone, you should let Mikey Shorts prove you wrong. Although it’s another retro-inspired game, the excellent controls and level designs were clearly created with the iPhone in mind. Playing as Mikey, you must run and jump through levels to rescue your people who have been turned into statues. Collect coins to buy new clothes and faces for your hero!

If you like games that don’t fit into any category— and really, who doesn’t?— 100000000 deserves a look. The game is part match 3, part RPG, part endless runner, and somehow it all works. You must fight your way out of a dungeon your character seems to be living in via a complex matching game. The matching game’s screen is divided in two unequal parts, with a top bar depicting your character’s run through the dungeon, and the rest of the screen filled with tiles representing different items you can use, such as swords, magic, bricks, and shields. You need to monitor your character’s progress and match specific tiles depending on what your character encounters (e.g., match swords to fight a monster or keys to unlock a chest). Oh, and if that’s not enough, you can upgrade character stats and items once you open locked doors in your dungeon home! 10000000 is a challenging game that somehow sucks you in and doesn’t let go.