Sports apps and the iPad provide the ultimate double play to give fans a brand new experience with their favorite sports.

The marriage of sports and technology couldn’t be executed any better than Major League Baseball’s MLB AtBat 2010 app for the iPad. From statistic obsessed baseball fans or to die hards just wanting to follow their favorite teams throughout the summer, AtBat covers all of the bases with a gorgeous award winning user interface, video highlights, radio broadcasts of every game and the killer feature available for subscribers to MLB.TV’s service, live streaming video with integrated overlays of in game stats to follow the game. At $14.99, it doesn’t come cheap but if you’re a true fan who wants to see the potential of this amazing new platform, MLB AtBat 2010 for the iPad is clearly an app that goes for the fences. 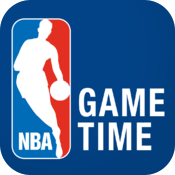 oop fans wanting a closer seat for the NBA Playoffs need not look any further than NBA Game Time CourtSide. With the start of the NBA playoffs on April 17th, Game Time will be your ultimate basketball companion offering you insight and coverage beyond what you’ll get on television. The app takes full advantage of the iPad’s extra screen space to give you complete and up to date information with player news and brackets of every series. While the game is on, access video highlights and follow real time stats as they take place to see scoring leaders, shooting percentages and be able to know who’s on the court at all times with Live Court View. From the looks of the screen shots, Game Time will definitely help to fuel the trend of watching TV with your iPad in hand. And at a cost of nothing, Game Time is a must download for any NBA fan.

When it comes to reporting the world of sports, ESPN is the one trusted name all sports fans turn to. Now with the new ESPN ScoreCenter XL app optimized specifically for the new tablet’s larger screen, sports fans can enjoy comprehensive coverage of all of their favorite sports. It’s just like watching SportsCenter on television but having instant access to the news and information you want when you need them at the touch of a screen. Get all of the latest scores, video highlights and complete summaries and rundowns of every major sporting event. The app is customizable too so you can access the news of your favorite teams and be alerted with push notification score updates as they happen. Complete ESPN coverage and access to the sports world can be yours for $4.99.

The culmination of the March Madness NCAA tournament will be taking place this weekend to determine college basketball’s best team. Fans who want to experience the action in a completely unique way can do so with NCAA Photos for iPad. Using the tablet’s high resolution screen, you’ll be able to view amazing photographs of the tournament’s gameplay taken from special cameras mounted on the backboards of Lucas Oil Stadium, site of this year’s championship game. These images will be taken and delivered in near real time to your iPad as the Final Four takes place this April 3 and championship game on April 5. If you’re one of the lucky few to grab an iPad at launch, you can see the game from a completely new perspective.