Gaming on the iPad is great, but the higher price point for iPad-designed titles can be a turn-off to some. And while virtually any iPhone game will run on the iPad, many games suffer from x2 mode when graphics become pixelated and controls unwieldy on the bigger screen. Some games, though, actually benefit from x2 mode. Here are some apps that not only play well on the iPad, but actually gain a little on the bigger screen, all at the lower iPhone price point.

Assassin's Creed II: Discovery is a fun game, but Ezio and his enemies always seemed so small to me. Playing ACII on the iPad scales the whole game up to a much nicer level, and the graphics are good enough that they withstand a little pixelation without losing much. Also, since Ubisoft devoted so much of the screen to the rich background elements, the iPad lets you better appreciate the look of the setting.

If ever there was a game that should have been made on the iPad, it's Chaos Rings, Square Enix's console-quality RPGer. Not only does the larger screen befit the epic scale of this game, but the higher resolution also lets you appreciate its anime-based artwork in a way you just can't on the iPhone. While the graphics suffer a bit from pixelation, the characters are wrought large enough that they still look great.

ID Games' port of their groundbreaking classic is a whole lot of fun on the iPhone. It's even better on the iPad, where you can better enjoy its retro graphics and first person shooter experience. Pixelation just isn't as noticeable on a game that was already pixelated due to its 90s aesthetic. It'll feel like you just booted the game from DOS on your IBM 486! The game’s adjustable controls mean you’ll be able to move things closer to the screen's edge to accommodate your iPad grip, too. 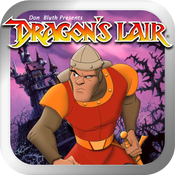 When we were all feeding our allowance into Don Bluth's amazing Dragon's Lair in the 1980s, no one had even heard of high definition. And since the iPhone version of this game uses the original low-res animated video, it is perhaps the perfect game for x2 mode on the iPad. Does the video lose a little sharpness? Sure. But the pixelation is minor and the game still looks as good as it did on the arcade machine.

EA's iPhone port of the ever-enjoyable Sims 3 always felt a little cramped on the iPhone, with lots of zooming in and zooming out required to navigate your environments. On the iPad, you're able to zoom out for a wider, better view of the simulated world as you interact with it. It also lets you better appreciate all the little design touches that are the mark of a Sims game 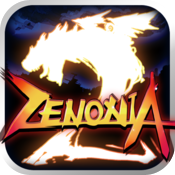 Gamevil's spritey RPG was excellent on the iPhone, but sometimes it menus and buttons were just too small. Playing it on the iPad actually improves the interface, sizing things up so that you always find the right button (and never again trigger, say, an attack power when what you desperately needed was a heal). The bigger screen also lets you appreciate the little details of Zenonia 2's 16-bit design sense.

Gameloft's survival horror game doesn't have an HD version (yet), but the iPhone version plays surprisingly well on the iPad. The larger screen helps improve your aim, especially at distant targets or in shadowy areas, allowing you to get off those all-important head shots. And like all Gameloft games, the controls are fully customizable, allowing you to suit them to your iPad grip.