Logic Games For The iPad

If you’re looking for a great justification for spending hours playing games on your iPad, look no further! Logic games are not only fun, they are good for your brain. Studies show that learning strengthens synaptic connections and it is important for good brain function to continually learn new and novel tasks. So get out that iPad and improve your brain activity with these logic games, which are all pleasure and no guilt. 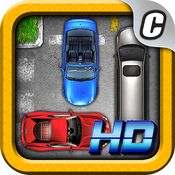 This app is a more sophisticated take on the “traffic jam” styled games. There are 480 different “jams” to solve, some in parking lots and some in intersections. As you move through the levels, obstacles will be added to increase the difficulty of the game. The app keeps track of how many moves it takes you to complete each level and offers undo, redo, and reset – for when you know you have made an embarrassingly high number of moves!

Cogs HD is a very well done slider puzzle game. You will be moving gears, hammers, and more to complete the puzzles. The game has both two-sided puzzles and 3D puzzles, which you can turn with a two-fingered sliding gesture. In the Challenge Mode, you can play timed or untimed. But, beware: untimed doesn’t mean piece of cake – you must find the solution in ten moves or less. There is also an Inventor Mode, which scores you according to time taken and number of moves made. With its steampunk visuals, pleasing sound effects and progressively more difficult levels, you are going to love this game! 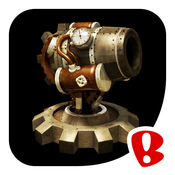 It’s a plane...it’s a bird! No, it’s a flying ragdoll! This is a very addictive puzzle game for any age. It has shooting. It has obstacles. It has awesome graphics, animation and sound effects. And, to insure that you keep coming back, it has hundreds of levels, including 30 that are just for the iPad. No matter what you thought of the first version, you are going to LOVE this one.

In this game, you have to figure out how to keep the Tiki Totem from hitting the ground and angering the Tiki Gods. In order to accomplish this, you will need to figure out the correct order in which to destroy the blocks underneath the Totem. You are not timed, so no stress level – just relax and work those brain cells.

This game, also known as Cross Sums, is sort of a numerical crossword. It requires a little math – simple addition and subtraction – and oodles of logic. It has a number of nice features, including game play in portrait and landscape orientation, displays available number options for your selected cell, error highlighting, and more. The layout and sound effects are relaxing and you can change the visual appearance by switching between classic and glass tiles. This free version has an assortment of puzzles available for play in five levels of difficulty. The paid version has 8 more new levels and 400 puzzles. This app will keep your brain working overtime for many hours.

This is a logic game that makes you think and think and think some more. It gets progressively more difficult, but you are not timed and can restart as many times as you need; so no stress factor involved! Pushy isn’t just about opening a path for that adorable big-eyed critter to get home and to the next level, either. A big part of the challenge is figuring out HOW to open a path, because it is not always obvious. Also, with some levels, you are faced with a situation where getting home is easy – because GETTING to home is not the issue. The object is to figure out what exactly needs to be done with the items given in order to proceed to the next level. Pushy is a MUST-HAVE app for anyone who enjoys logic puzzles!

Though this game consists of one question – can you get everyone across the river – it is a must-have logic puzzle! Try it, and you will see why it is believed that only 10% of the world’s population can solve it. There are some serious restrictions to accomplishing your goal, so some planning is definitely in order. If you solve the puzzle in five minutes or less, you are considered to be highly intelligent. Once you solve this tricky question (you know you want to try!), come back and record your time in the comments section. 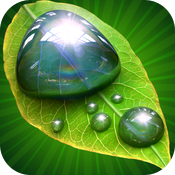 This logic game has a simple yet attractive layout, with sound effects that will make you feel as if you are outdoors with not a care in the world. With its two game modes and twenty levels per mode, this logic game will keep you challenged for hours. The developer recently updated the game, removing a bug issue and will be adding new levels and more features with future updates, so you don’t have to worry that it will get “old”. A free version has been released, so you can try it out – but be prepared to buy the full version, as it will surely leave you wanting more of this wonderful game. 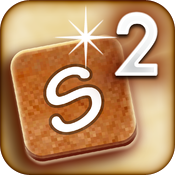 You can’t talk about logic games without including a game of Sudoku and this app is very nice on many counts. It has nice graphics, animations, sound effects, online Leaderboards and you can choose from between four different game looks. Also, the game automatically detects when you are playing music and will mute all sounds. If you have never played Sudoku, this is a great app to try it out!